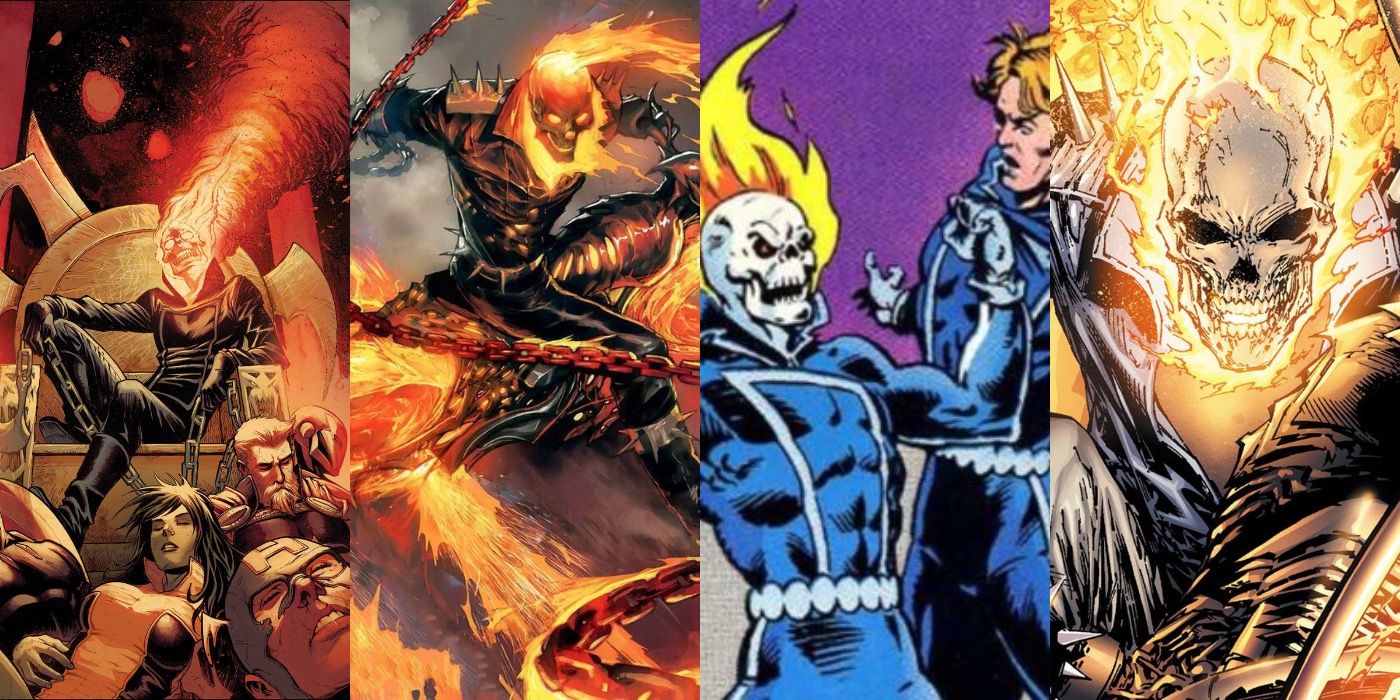 
Marvel’s Ghost Rider is known for his quick wit, fiery temper, and penchant for all things demonic. Being one of Marvel’s biggest anti-heroes, Johnny Blaze often lets his actions speak for themselves. However, on occasion, The Spirit of Vengeance hasn’t been afraid to unload a few memorable quotes.

Though his philosophy is complicated, it is often acted out through the things he does and says. Whether he is teaming up with other heroes, or going it alone, Ghost Rider has his own way of doing things and he often keeps his words short if not sweet.

“Hope. It’s The Devil’s Favorite Poison…And I Fall For It Every…Damn…Time.”

Even though Ghost Rider has had his fair share of dealings with the devil, few situations were as dire as where he started out in Ghost Rider volume six #1. Trapped in hell and without a means of escape, Ghost Rider is teased by the notion that there is a way out of his plight.

While his philosophy is traditionally dour, Blaze allows a bit of his guard to slip when he admits that he isn’t immune to hope. He ultimately believes that hope is futile, but he is willing to admit that he is still subject to the human side of his emotions.

“You Cannot Destroy One Already Beyond Death, Villain.”

Though Ghost Rider typically works alone, Marvel Team-Up #15 allowed him to work with one of his greatest allies, Spider-Man. One of Ghost Rider’s greatest assets is that he seemingly cannot be killed, at least not in the traditional sense, and he isn’t afraid to remind enemies of that fact.

By saying that he is “beyond death,” Rider implies that he has somehow mastered it, or has transcended the idea. Though the quote could be chalked up to comic book verbosity, the reader can’t help but feel as if Ghost Rider brought much of the daredevil spirit of his motorcycle days into his career as a superhero.

He Knows How It Feels

“I Know What It’s Like To Have…Something Inside You That Just Wants Vengeance, No Matter What The Cost.”

Ghost Rider and The Hulk have quite a lot in common when they are seen together. Ghost Rider volume six #13 pitted the two against each other as part of the Marvel Universe spanning World War Hulk storyline. Though Rider is no match for Hulk physically, he uses the opportunity to attempt to sympathize and reason with the big green brute.

RELATED: The 8 Best Man-Thing Quotes From The Comics

During that part of the story, Johnny himself was battling with controlling the Spirit of Vengeance within him, much like Bruce Banner’s struggle against his Hulk side. Though Rider is usually an action-first type of hero, he showed an unusual amount of sympathy when dealing with The Hulk.

Doesn’t Play Well With Others

“Avengers? Fantastic Four? X-Dudes? They Can All Kiss My Bony, Flammable Ass.”

Though he has a few friends, Ghost Rider also has a fair amount of Marvel Heroes who despise him as well. For his part, Blaze has never been particularly broken up about that fact and isn’t afraid to make his position bluntly clear. Ghost Rider volume 7 #0.1, attempted to re-boot the character by having him rid himself of his curse–at a cost to someone else.

While he couldn’t stay away from the Spirit of Vengeance forever, the Blaze of that series is particularly isolated. By ostracizing large swaths of the Marvel Universe, Ghost Rider proved that he is one of the most standoffish characters around.

Not The Praying Kind

“Last Time I Bothered Prayin’ For Something, I Got Swindled Outta My Soul.”

Though he exists in a world where the concepts of Heaven and Hell are very much real, Johnny Blaze usually thumbs his nose at them. In issue #35 of Ghost Rider volume six, Rider lets the reader know exactly how he feels about the idea of divine intervention.

Proving always to be a man of action, Blaze shows that he has little trust in the ideas of faith. Having been tricked into his position as The Spirit of Vengeance, Johnny has always been reluctant to trust anything associated with Heaven or Hell, and he certainly wouldn’t ask them for any favors.

“It’s Not The Jump That’s The Scary Part…It’s The Landing.”

Though Ghost Rider battles a lot of deadly villains, Lucifer is still his most dynamic foe. Ghost Rider #12 from volume six sees Blaze dealing with an internal struggle brought about by Lucifer’s devious tricks. Not wanting to succumb fully to the Spirit of Vengeance, Blaze must also fight against Lucifer’s evil, and that requires him to be Ghost Rider.

Referring back to his days as a motorcycle stunt-man, Blaze also reveals a bit of his philosophy in his quote. At its heart, Blaze is counteracting his own philosophy of action first, by implying that the hardest part of any choice is the consequences that come with them.

A Man Of Action

Ghost Rider has always established himself as a lone-wolf, however, his time as a part of Thunderbolts showed he could be on a team. Thunderbolts volume two #28 saw the group take on The Punisher in a brutal battle.

When it comes to moments of reflection, Ghost Rider vehemently denied that it was his style and instead put forward his philosophy of action before thought. Though his emphasis on action can cause him trouble, it has usually served him well when taking on certain foes.

Pawns In A Larger Game

“You’re Both As Bad As Each Other!…Heaven And Hell…You Made Me No More Than A Pawn!”

Ghost Rider’s powers usually make him a powerful force against darkness, but they also have come as a tremendous burden to him as well. Ghost Rider volume five #6 taught Rider a valuable lesson about the nature of good and evil when it came to the divine.

His soul may have been stolen from him by Lucifer, but that hasn’t stopped the forces of light from using Blaze as a weapon against his will. Johnny has the unique perspective of seeing both sides of the fence and unfortunately, he learns that there is little difference between them.

The Spirit Of Fear

“Do You Know What Hellfire Feels Like…Like All Your Sins Come Home To Roost…So, Tell Me…What Are You Scared Of?”

Appearing in one of the best Ghost Rider stories of all time, Daredevil and his notorious nemesis Kingpin face the wrath of the Spirit of Vengeance. Shadowland: Ghost Rider was a short tie-in series that connected to a larger Daredevil story arc.

He Can See Clearly Now

“I See Only Vengeance.”

One of the biggest aspects of Johnny Blaze’s character is the dualistic battle between his human and demonic selves. Ghost Rider volume six brought that clash to the forefront of the story and in issue #5, Johnny lays out exactly how he views the world.

While it is common for superheroes to be blinded by their mission of justice, Ghost Rider knows that he is blinded by the overwhelming need for vengeance. The entire reason why he was picked to become the Spirit of Vengeance has to do with the makeup of his soul and what he truly wants from life.

NEXT: The 10 Strangest Ghost Rider Villains

Dalton is a freelance writer and novelist from Orlando Florida. He currently lives in Los Angeles and pursues writing full time. He is an avid reader and film buff.