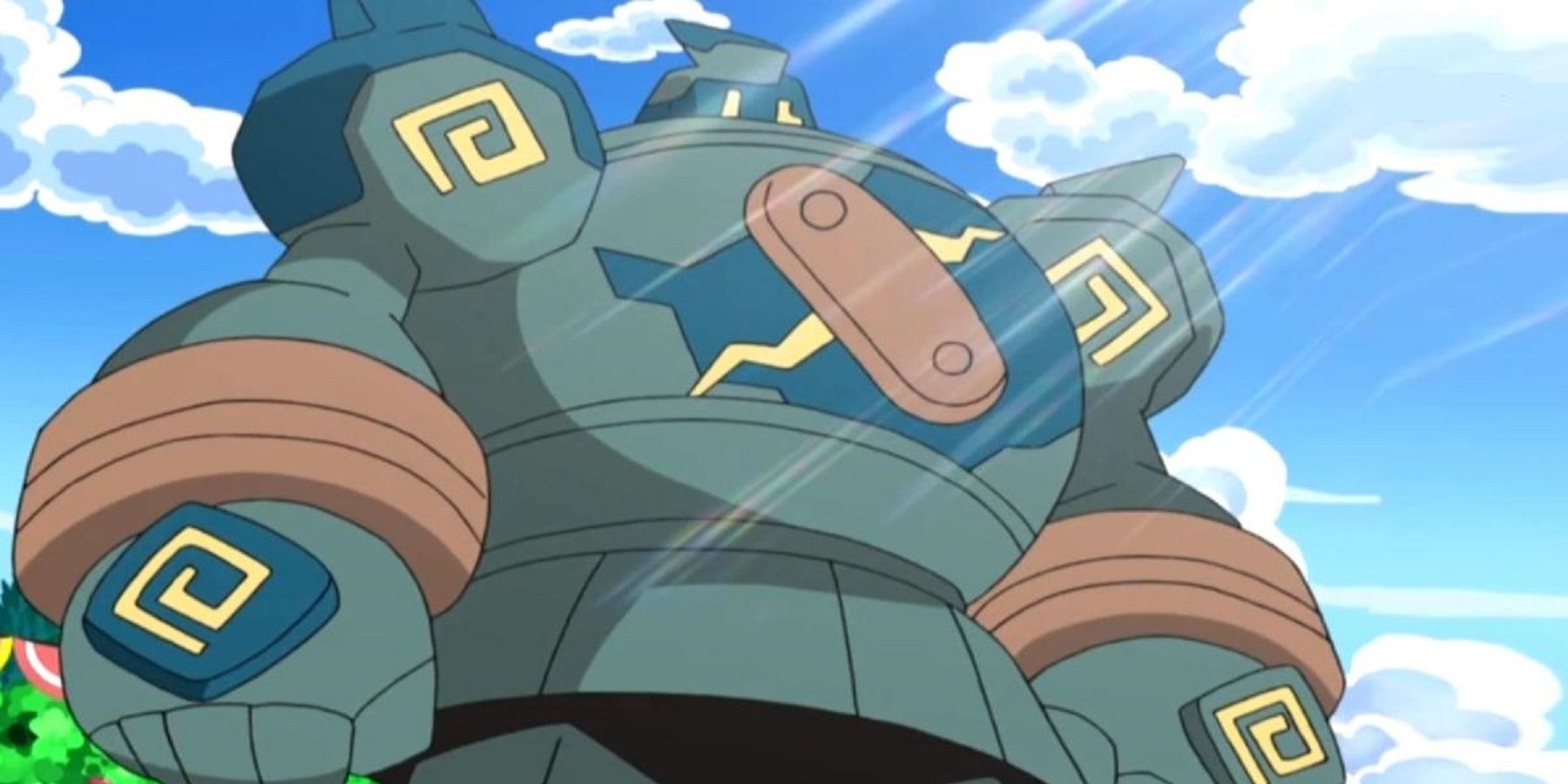 
One Pokemon fan artist makes and shares some Elden Ring-inspired takes on the stone-skinned Gen 5 Pokemon duo Golett and Golurk.

The massive popularity of Elden Ring has led many fans to create tributes to its many creative landscapes and terrifying foes. While some of these tributes aim to capture the disturbing dark fantasy mood of the original game, others cross over with more lighthearted titles. One Pokemon fan artist recently churned out Elden Ring-inspired takes on Golett and Golurk.

Like other From Software Soulsborne games, Elden Ring features a wide variety of powerful enemies, minibosses, and bosses. One category of these foes is golems – giant humanoid enemies that resemble mechanical knights in heavy armor. Golems are usually activated when the player gets too close, and these slow-moving giants invariably become hostile after activation.

Twitter user bromojumbo’s most recent attempt to combine Elden Ring monsters with Pokemon takes the form of two variant forms for Golett and Golurk. Golett and its evolution Golurk are dual-type Ground/Ghost Pokemon introduced in the Generation V games. In their standard forms, they are humanoid figures carved from green rock and decorated with yellow runes and leather straps. Bromojumbo’s take on them draws heavily from the Elden Ring golem designs and changes their typing as a result.

In the image, Golett and Golurk are reimagined as Rock/Fighting-type Pokemon. These variant forms have the same overall shape as the original designs–Golette being small and round, Golurk being tall and bulky. However, the Elden Ring aesthetic changes their green color scheme to a dull gray and their rocky skin to suits of armor. Furthermore, the armor is as battered and torn as the armor of Elden Ring golems tends to be. Bright orange light can be seen peeking through cracks and gaps in the armor. This is the golem’s power source becoming visible as the external body is damaged.

It appears that other fans of both series are quite impressed with bromojumbo’s work. However, one reply stated that the Elden Ring variant forms should be Rock/Flying, as at least one golem falls from the sky in the game. This isn’t the first time Elden Ring fans have combined its monster designs with Pokemon, but it may be one of the most fitting.

Golett and Golurk are already inspired by the mythology of golems and other humanoid constructs, which means the parallel to Elden Ring‘s golems makes perfect sense. The two sets of monsters already share the same roots, although the Pokemon designs are clearly intended to be cuter and friendlier than the more menacing Elden Ring designs.

Game Director Promises New Witcher Project Will Not Have Crunch

After the reveal of a new Witcher game being in development at CD Projekt Red, the project’s Game Director informs fans there won’t be a more crunch.

A late arrival to the gaming field who grew up in a household devoid of consoles. Her life changed after she found an old Gameboy Color and a copy of Pokémon Crystal at a garage sale. While she specializes in narrative-driven games, JRPGs, indie games, games with cute monsters, and horror games, Nicola appreciates all kinds of games. She hopes to use her experience as a writer to give her work at GameRant a unique flavor.