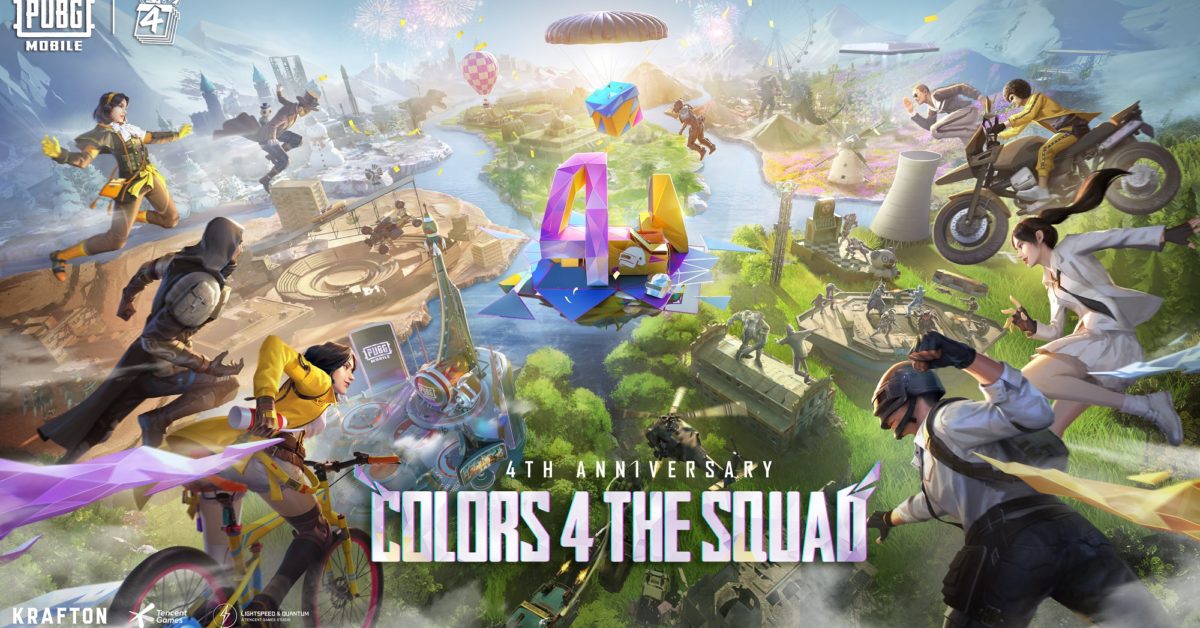 
Krafton Inc. and Tencent Games will be celebrating the fourth anniversary of PUBG Mobile with some special events and more. The big addition to the game for the anniversary will be today’s update, Version 1.9, which will add the brand new anniversary Arena mode called Royale Arena: Assault. The exclusive Warframe collaboration skins will be added to the game as well, along with updates to Classic Mode, Aftermath, and Cheer Park. You’ll also be getting an all-new Aerial Battlefield, a new Season and Royale Pass, and the new Silvanus X-Suit. But that’s not all as they have some other celebratory plans in mind, which we have for you below.

Today at 2pm PT / 5pm ET, fans are invited to the 4th Anniversary Celebration Party – a massive event to commemorate four years of PUBG Mobile. Players can view  the livestream via the official PUBG Mobile Twitch, Facebook, and YouTube channels for a chance to win some awesome prizes. During the livestream, some of PUBG Mobile‘s most popular content creators will team up with celebrity creators including BrookeAB, Courage and chocoTaco in a special Clash of Colors tournament where they will battle in the new anniversary mode to see which team has the best Battle Royale skills.

On March 26th, a major 4th anniversary themed in-person event will be held in San Francisco, featuring a 4th anniversary mobile loot crate truck, a PUBG Mobile themed food truck offering free chicken dinners, DJ sets, appearances from popular content creators such as Powerbang and the opportunity to earn free swag and win prizes for the ultimate PUBG Mobile experience. Carnival-themed booths and stores pop-ups will also appear in Mexico City, Bangkok, Thailand and Jakarta, Indonesia where fans can earn in-game rewards and participate in activities including the opportunity to design their own airdrop.

To celebrate the iconic airdrop of PUBG Mobile, 100 brand designers from across the world will come together to share their redesigns of game’s airdrop boxes, which will be shown in both online and in-person exhibitions. PUBG Mobile has also partnered with Iconx Family and The Kinjaz to create a special Dance Cover to PUBG Mobile‘s new 4th anniversary theme song “Honed 4 Target”. Fans can share their recreations of the dance as part of a TikTok challenge with the hashtag​​#PUBGMOBILEColor4. In-game a new special 4th anniversary dance motion will also be added.