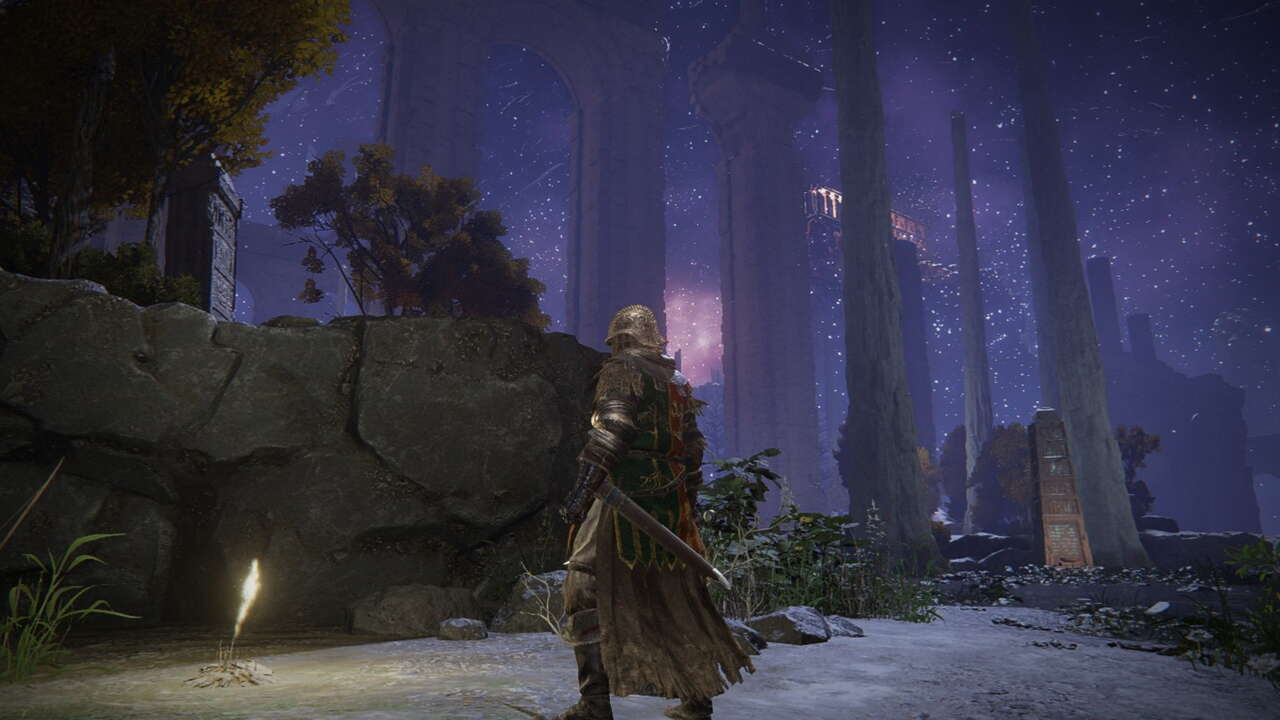 
Welcome to Siofra River in Elden Ring, an underground wonderland of beauty and suffering you might have stumbled into before quickly realizing it was a bad place to linger. Siofra River is home to a number of late-game points of interest, including two bosses with Remembrances up for grabs and one of the best Spirit summons in the game. Even with a strong set of equipment, you’re still barred from accessing the River’s upper regions until completing one of Elden Ring’s major optional battles.

How do you get to Siofra River in Elden Ring?

You’ll take an elevator to reach the river. The first is in Limgrave, northwest of Fort Haight. You can find the Deep Siofra River Well in Caelid’s Dragonbarrow, though this location and the area it takes you to are significantly more dangerous than the first entrance to Siofra.

One of Siofra River’s early bosses is the Ancestor Spirit, a giant deer willing to grant you its Spirit Ashes if you defeat its earthly remains. You’ll find the Ancestor Spirit in the Hallowhorn Grounds, but it only appears if you light the eight braziers scattered around and northeast of the river. A contingent of ghostly soldiers roam around the land north of the riverbank. They–and especially the archers–can easily destroy you in one hit. Mind how you go if you decide to try this battle early in the game, and use Fire and Holy damage to exploit the Ancestor’s weaknesses.

Under the stairs leading to the Hallowhorn Grounds is a corpse. Their misfortune is your gain. Siofra River might have proven too much for this hapless traveler, but you can pick up their Horn Bow and put it to good use. The Horn Bow features a couple of unique aspects that make it worthwhile for any ranged class. Mighty Shot, its skill, increases the power of your bow strikes, but the real standout feature is the magic damage the Horn Bow adds to each attack. Aside from making it invaluable against enemies vulnerable to magic, it means your magic arrows deal almost double damage.

Nokron is the western half of Siofra River, the part encompassing the spires and ruined buildings just out of reach. They’ll stay out of reach until you defeat Starscourge Radahn, after which a meteor falls from the sky and opens a path into Nokron. This ancient region is where you’ll finish several questlines, including Ranni’s quest and Fia’s quest. It also houses another unique boss and the best Spirit summon around.

The Regal Ancestor Spirit is a more challenging variant of the Ancestor Spirit. You’ll need to find another six braziers to revive it, before challenging it to combat at Nokron’s Hallowhorn Grounds. Defeating the Regal Ancestor Spirit–this one is also weak to Fire and Holy–earns you a Remembrance. Take it to Enia the Finger Reader at Roundtable Hold, and you can buy Winged Greathorn or Ancestral Spirit’s Horn. If you haven’t already used the Wandering Mausoleums in Liurnia’s Mausoleum Complex, you can duplicate the Remembrance there, then bring it back to Enia to purchase the ability you skipped the first time.

Get the Mimic Tear

The Mimic Tear, widely regarded by the Elden Ring community as the best Spirit summon, is waiting for you in Nokron. It’s the reward for an optional boss south of Night’s Sacred Ground. True to its name, the Mimic Tear copies your current equipment and skills. You can cheese this fight by entering it with no clothes and no weapon, then quickly equipping your usual loadout while the Tear forms. Summoning the Mimic Tear Spirit Ashes means summoning a copy of yourself, making it an invaluable asset in Elden Ring’s more difficult battles.

And send them to eternity. Mohg, the Blood Omen built Mohgwyn Palace in Siofra River, though you’ll have to do some extra questing to reach it. Normally, you can only arrive at Mohgwyn Palace via a teleportal in the Consecrated Snowfield, itself a region only accessible by uniting the Haligtree Medallion. If you finish White-Faced Varre’s questline, though, he’ll take you to the palace for a meet-and-greet with Mohg. This is an exceptionally difficult fight, but you’ll receive almost half a million Runes and a new Remembrance upon victory. Since Mohg is a demigod, you can duplicate his Remembrance at any unused Mausoleum.