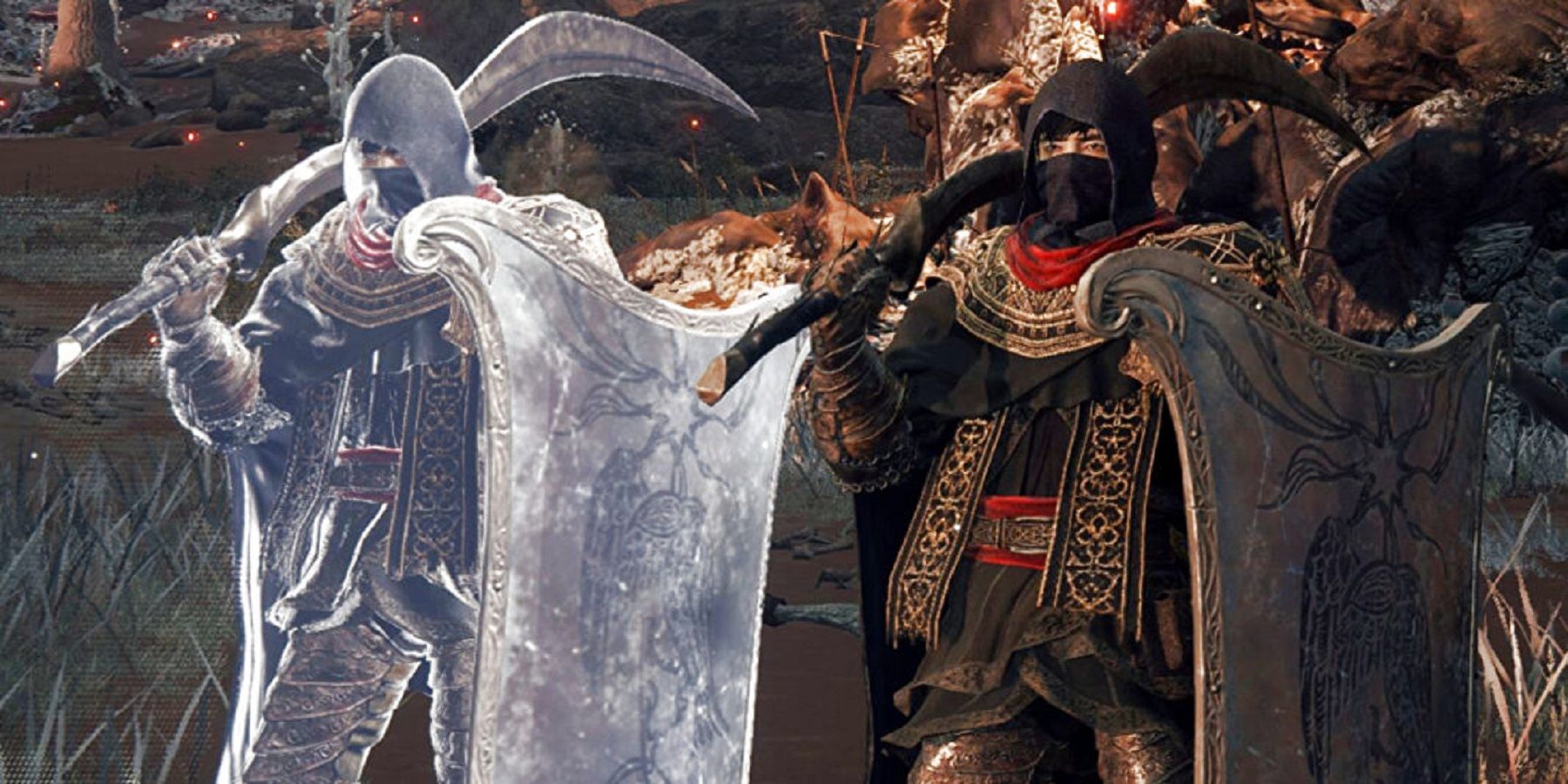 
An Elden Ring player has an existential moment after they notice a near identical player’s ghostly phantom doing the exact same thing as them.

Elden Ring, like all of FromSoftware’s Souls-like games, is ostensibly a single-player game. The game’s absence of multiplayer lobbies and matchmaking means players could easily play through the entirety of Elden Ring unaware of its popular multiplayer elements if they didn’t investigate certain in-game items. This does not mean players will go the whole game without encountering another person, however, as the ghostly images of others will occasionally break through into their game.

These ghostly visages are short clips of other players’ actions, usually on around a 30-second delay. It works similarly to the game’s bloodstain mechanic which shows how other players were killed. This is another returning mechanic from games like Dark Souls and emphasizes the FromSoftware games’ motif that all players, whether they be undead or tarnished, are all working through the same world towards the same goal.

These in-game reminders that the player is not the only one playing the game can often have different effects depending on where they are encountered. In a dark cavern the player thought they had cleared out, a sudden player ghost passing through can be an unexpected jump-scare. Elden Ring players can also find themselves doing the same thing with hilarious results. Reddit user Mo3Q had an encounter that was a little more existential, however, as they encountered a player that appeared to be their exact duplicate.

The player was exploring one of the game’s crystal mine dungeons, a location many Elden Ring players can find themselves trapped in after an early game teleport trap. The player is equipped with the rare combination of Blackflame Monk armor and the Grafted Blade Greatsword. After backstabbing one of the mine’s enemies, the Reddit user takes a moment to regard the ghostly phantom that appeared next to them, who is decked out in the exact same equipment and can be seen backstabbing the same enemy in their own world. The clip ends with the player standing still, presumably stunned by the odds of such an occurrence.

The Grafted Blade Greatsword is a common enough weapon choice among Elden Ring players. It is not only one of the game’s powerful colossal greatsword weapons, but Elden Ring’s Grafted Blade Greatsword is also a Game of Thrones easter egg and nod to George R.R. Martin’s other work. The player’s monk armor set is much rarer, however. Elden Ring has thousands of options available for pairing weapons and armor sets. Couple this with the timing and location-specific nature of seeing the ghost players, and the chances of finding an exact duplicate doing the exact same thing are truly miniscule.

The only thing that raises the chances of this kind of encounter is Elden Ring’s massive player base that is continuously exploring every part of the game’s world and looking for every secret the game has.


Emma Watson Reveals The Harry Potter Scene That Made Her ‘ Uncomfortable’