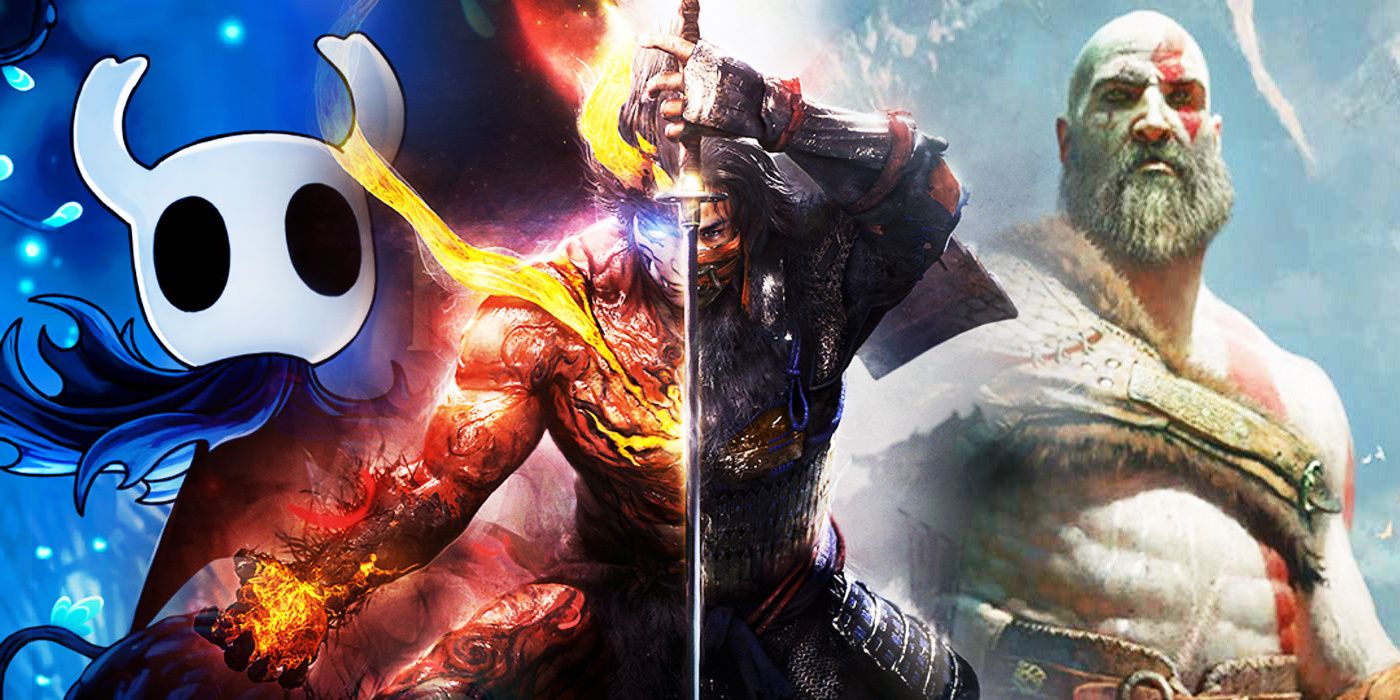 
FromSoftware created the “Souls-like” genre, and they’re still undoubtedly the kings of this style of game. Their most recent release, Elden Ring, has already achieved incredible success and attracted a ton of new fans to the brutally tough, immersive worlds that are characteristic of FromSoft releases. But there are a ton of games developed by other studios that can scratch that Souls-like itch. So, if you loved Elden Ring and are looking for other games to play, here are nine non-FromSoft games to try!

Remnant: From the Ashes

While ranged combat certainly makes an appearance in Elden Ring, and other FromSoft games, Remnant: From the Ashes takes things to a whole new level. Remnant is a third-person shooter that focuses almost entirely on gunplay. Although some critics consider ranged combat easier, Remnant still provides a hearty challenge, and fun gameplay. The game also features procedurally generated worlds which adds a great feeling of personalization to your playthrough. Remnant boasts great visuals and compelling lore. In Remnant, Earth has been taken over by a race of tree-like creatures called the Root. As you go through the story, you’ll take on the Root and embark on a huge realm-hopping adventure. If you’re looking for a Souls-like game that feels like a fresh take on the genre, give Remnant: From the Ashes a play.

Shadow of the Colossus

The Nioh series features two of the most acclaimed Souls-like games that aren’t made by FromSoft. Both Nioh and Nioh 2 are stellar games that should be played by any Elden Ring fan, but for this list, we’re focusing on the second in the series. Nioh 2 was developed by Team Ninja and released in 2020. The game is set in 1500s Japan and follows Hide, a half-yōkai “shiftling.” Hide fights against a variety of yōkai as well as prominent Japanese historical figures. The gameplay is close enough to FromSoft releases to feel familiar but offers plenty of new mechanics to appreciate. The inclusion of both traditional Japanese folklore monsters, and real people from the Sengoku Era provides players a deeply immersive and memorable experience.

There is an argument to be made for either Monster Hunter: World or Monster Hunter Rise to be included here. But with more content currently available, we’ll be highlighting Monster Hunter: World. This is another non-Souls-like game that can easily be enjoyed by Elden Ring fans. In Monster Hunter: World, you fight an assortment of enormous beasts while uncovering knowledge about them and the world they live in. The monster battles can be incredibly challenging, and the satisfaction of besting one is immeasurable. The game’s co-op play is a ton of fun, too. While the lore isn’t as dense as other games on the list, World boasts an intriguing story, and an expansive and stunning setting. The Iceborne DLC adds even more depth to this already great game.

RELATED: ‘Elden Ring’ Producers Reveal How Long it Takes to Beat the Game

Like the Nioh games and FromSoft’s Sekiro: Shadows Die Twice, Ghost of Tsushima is heavily inspired by Japanese folklore and history. The game was released for the Playstation 4 in 2020 and has received a plethora of award nominations. Ghost of Tsushima follows Jin Sakai, a samurai fighting to protect Tsushima Island from Mongol invaders. The world is visually excellent, and elements like the haiku side quests add enough variety to make the game unique. Elden Ring fans should appreciate the gameplay, story, and open world. While the game is enjoyable at lower difficulties, Souls-like fans should try out Hard or Lethal mode.

At first glance, it may not seem like a 2D Metroidvania would be very similar to games like Elden Ring. But if you’ve played Hollow Knight, especially extensively, the similarities are impossible to miss. Hollow Knight is filled with brutally tough fights and an atmospheric world that feels right out of a Souls-like game. Even seasoned gamers will be struggling through the various bug-themed bosses. The game is beautifully crafted, has a great cast of characters, extensive lore, and stellar gameplay. If you haven’t played Hollow Knight before, now is the perfect time. The sequel, Hollow Knight: Silksong is currently in development.

Sticking with the 2D theme, we’re moving on to Salt and Sanctuary. The game is much more like Dark Souls than Elden Ring but can be appreciated by fans of either. Salt and Sanctuary is perhaps the truest 2D Souls-like game. Due to the nature of being a side-scroller, the game puts a large focus on platforming and vertical movement. There’s even some fun anti-gravity gameplay. Salt and Sanctuary offers great co-op gameplay, gorgeous environments, tons of customization, and excellent combat. Souls-like fans should definitely give this game a try.

Code Vein was developed and published by Bandai Namco Entertainment, who also published the Dark Souls games. It was released in 2019 to mixed reviews. Many critics felt that Code Vein was too dull and unfocused. It quickly became known as “that anime Dark Souls game that’s not as good as Dark Souls.” Still though, many others enjoyed the game and appreciated its mechanics. Ultimately, if you’re a fan of the Souls-like genre, enjoy anime art styles, and have a friend to play with, you’re still likely to have fun with Code Vein.

While not strictly considered a Souls-like, the creators of God of War (2018) have noted both Dark Souls and Bloodborne as inspirations for the game’s combat system, storytelling, level design and exploration. Straying from the earlier entries’ focus on Greek mythology, the 2018 version of God of War is set in Scandinavia and focuses on Norse mythology. The game has been extensively praised and is the highest selling game released on the Playstation 4. God of War has everything an Elden Ring fan should be looking for: engaging and challenging gameplay (especially at higher difficulties), a beautiful world, and an immersive story. You don’t want to skip this game.

Kyle Grammatica is a Features Writer for Collider. When he’s not writing, you can find him drawing, fishing, or at a baseball game.

Sign up for Collider’s newsletter for exclusive news, features, streaming recommendations and more