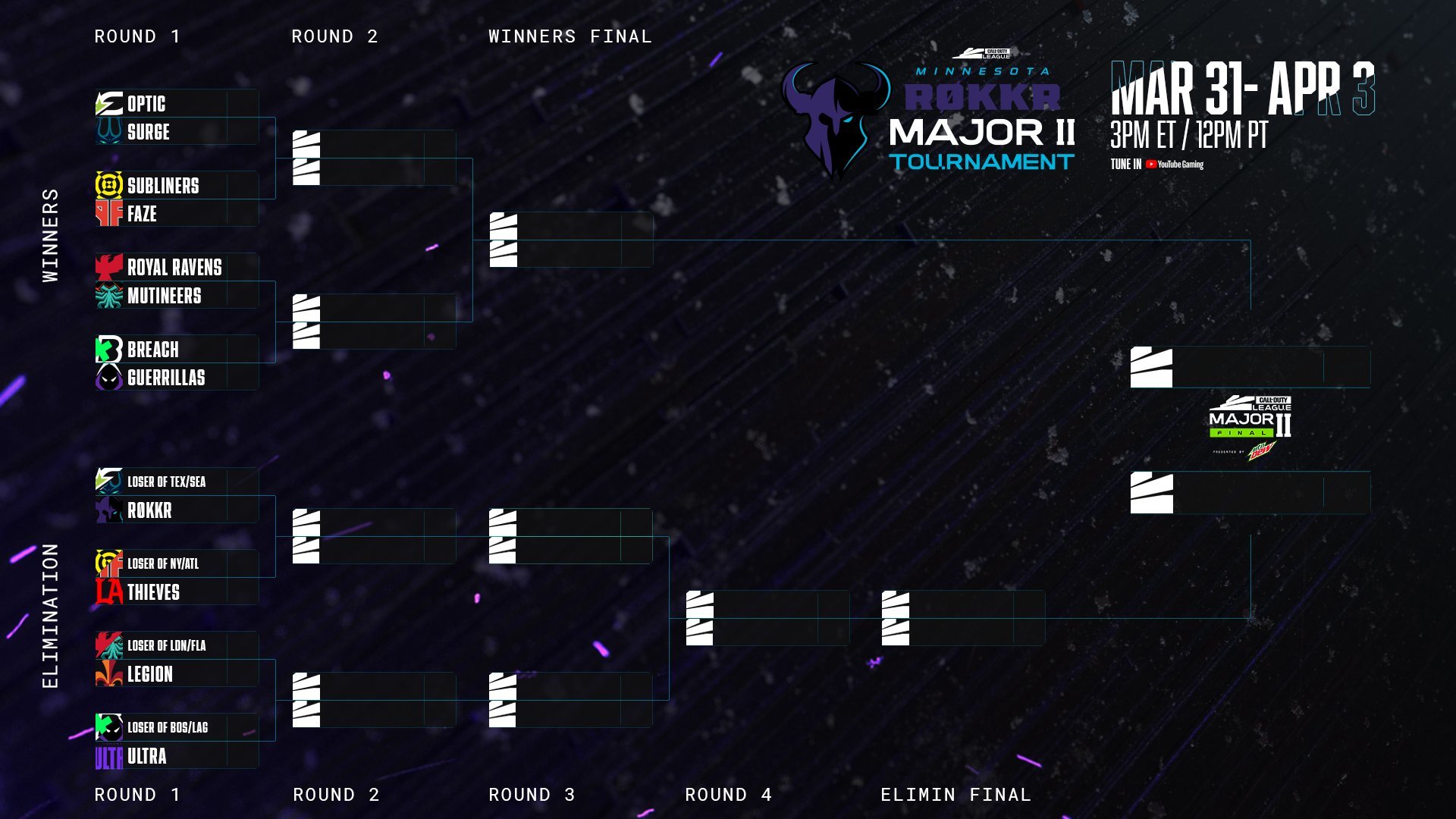 
The third week of qualifiers for the Call of Duty League’s second Major have now concluded, and with that being the case, we now know the bracket for Major II, which will be hosted by the Minnesota Rokkr and will take place this weekend.

While you can take a look at the full bracket in the image below, here are the teams who will be facing each other in the first round.

Activision is yet to update the online bracket with official times for when each game will take place as of the time of writing, but when each game does take place, you can catch the action here.