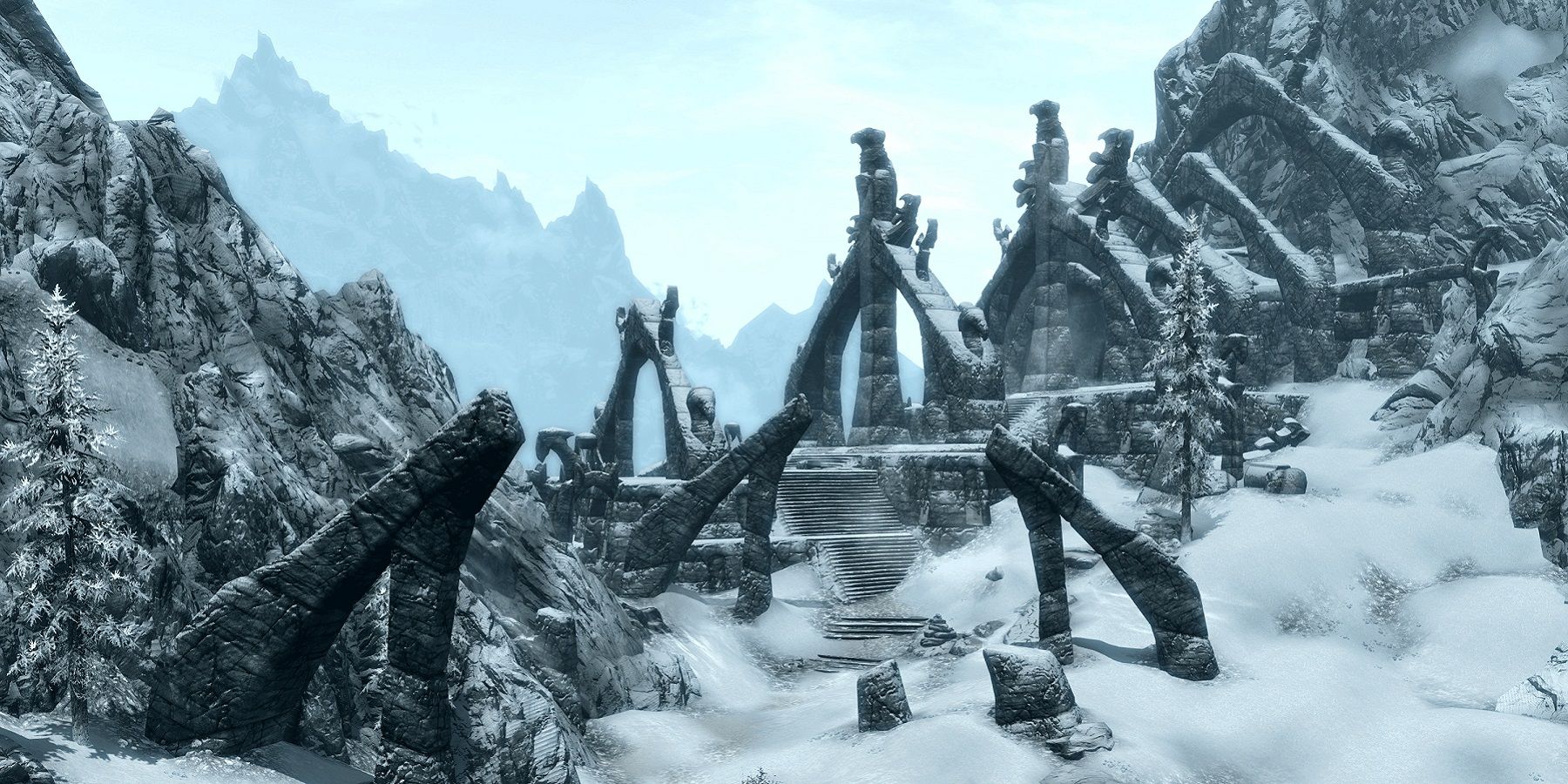 
Minecraft is the seat of much gaming imagination, and sometimes fans use it to create aspects from other games, as one Skyrim player has done.

Despite the fact that they’re from different genres and separate development studios, Minecraft and The Elder Scrolls 5: Skyrim do have some similarities. As well as being open-world games with lots to explore and featuring dragons, they’re also video games which encourage mindfulness in their players. As a result, comparing the two is not beyond the realm of possibility, and sometimes fans like to go that one step further and incorporate aspects from one game into the other.

Uploading a few images to the Minecraft subreddit recently, user HannahO__O has managed to recreate a particular aspect from Skyrim in the blocky world. Specifically, they’ve recreated a pretty accurate facsimile of Bleak Falls Barrow, or at least the exterior of it. They’ve even managed to build it in Minecraft’s snowy biome to really lend it that air of Elder Scrolls authenticity.

RELATED: A Minecraft Group Is Recreating the Whole of The UK On A 1:1 Scale

For those who are perhaps not too familiar with Bethesda’s epic RPG, Skyrim‘s Bleak Falls Barrow is an early dungeon, which introduces most players to the Shout ability. The bone-like structure of the outside area is one that is very familiar to many, and so for the user to recreate it shows how recognizable it is, especially to Skyrim fans. At the moment, there’s no word whether or not HannahO__O will be constructing the interior. If they do, that would be very impressive, as the inside of the dungeon is quite sizable, incorporating dark tunnels, a series of traps, puzzles, giant spiders, and effectively a mini boss in the form of a Draugr Overlord.

More images are available on the Reddit thread here.

This is also not the first time that aspects from Skyrim have been built in Mojang’s sandbox title. Just recently, another user was able to reimagine the city of Solitude in Minecraft. Impressively, this build even managed to recreate the hollowed out cliff structure that’s distinctive with this area, as well as building the docks down by the river.

It shows the enormous potential that Minecraft has, not only in the allowing players to create things from imagination, but to take recognized assets from one franchise and construct them in their entirety using 1×1 blocks with a degree of accuracy. With Minecraft being one of the bestselling video games of the last decade, if not of all time, much of its popularity stems from the creative community, and it will be a long time before fans finally hang up their pickaxes and swords and leave the game behind.


Lost Ark: All Punika World Quests & How Long To Beat

Goal in life: Find a horror game that makes me soil myself.