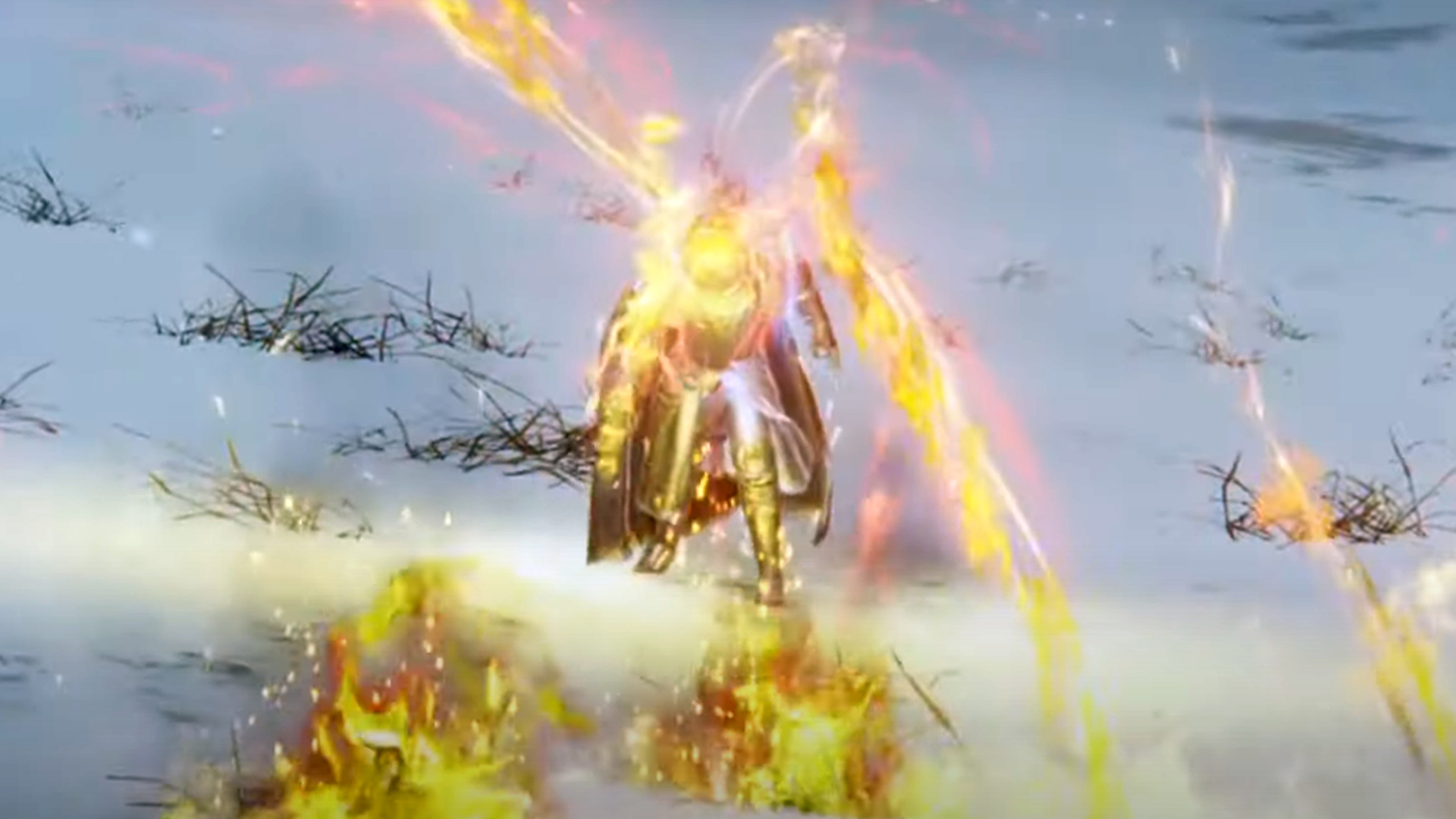 
A player has made an Elden Ring build that’s basically an overpowered mech suit, similar to the Iron Man Mark 1 armour from the first Marvel movie – no flight, but a lot of firepower. There are a lot of powerful Elden Ring builds out there, but this could be the maddest the RPG game has to offer.

The “mech” is the creation of Dark Souls YouTuber and self-proclaimed “meme person” Adam Barker, who recently moved to making videos on Elden Ring instead. In his latest video – which he posted with the comment “the new Armored Core looks good” – he creates a tall, stomping, heavily-armoured death machine and lets it loose on the Elden Ring multiplayer community.

As the video (below) illustrates, Barker loads his character up with the heaviest armour, several Physick potions to make them nearly unstoppable, and a ridiculous incantation that sends rocket-like blasts from out of the characters’ eyes. They then go on a slow but destructive rampage against a load of unexpecting PvP invaders.

Barker promises to follow this up soon with a commentary video explaining how players can make their own Elden Ring mech build, but here are a few things he used:

Check out PCGamesN’s Elden Ring review to find out what the fuss is about – if you’re not already playing it.