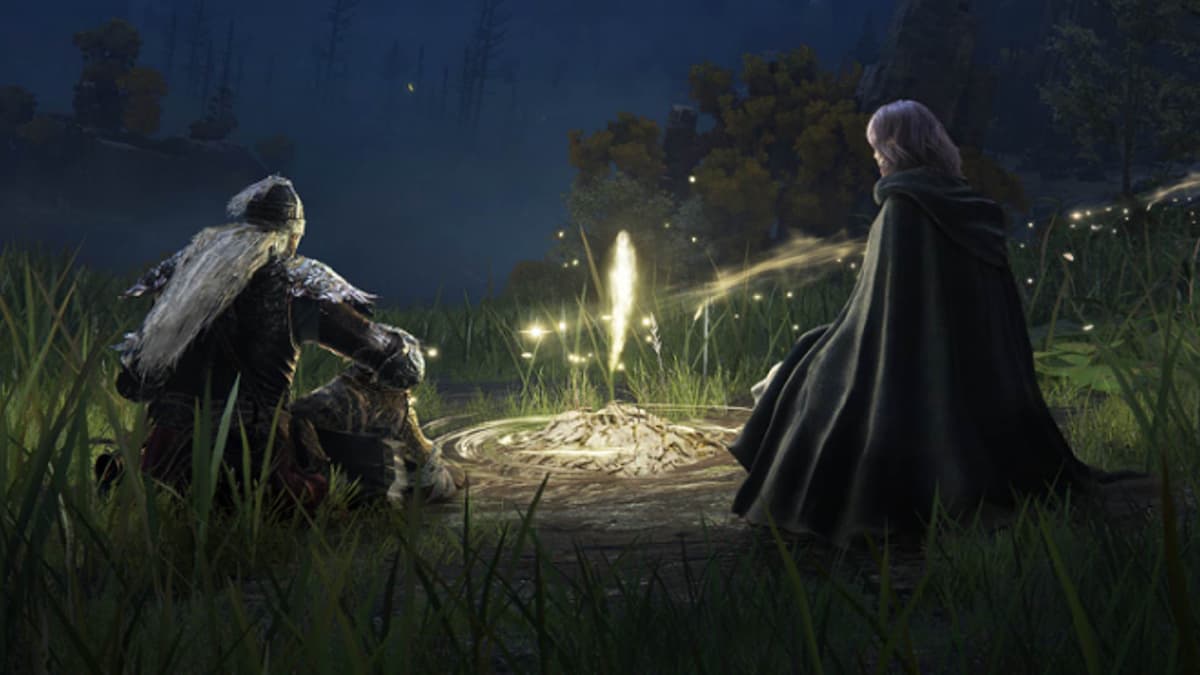 
Having released recently to universal critical acclaim, FromSoftware’s open-world action-RPG epic, Elden Ring, is clearly a surefire contender for the best game of 2022. Indeed, it’s going to be a tough job toppling this gargantuan boss from the top-spot of this year’s game of the year podium.

Moreover, going hand in glove with Elden Ring’s critical praise are the strongest sales numbers ever seen for a Soulsborne IP. In fact, FromSoft’s latest is already the best-selling game of the year according to recent NPD reports. (It’s pretty early days, but still!)

Long story short, the world can’t get enough of The Lands Between, and if you’re reading this, it’s likely that you’re wondering how Elden Ring connects narratively, mechanically and conceptually with other Souls games. That’s right, we’re going to answer the burning question: Is Elden Ring a Dark Souls game? So, without further ado, throw some fuel on your bonfires, don your finest set of armor and grab the sharpest greatsword you can find, and come join us. Let’s get into it, shall we?

We’ll cut right to the chase: No, strictly speaking, Elden Ring is technically not a Dark Souls game as it’s officially not a sequel, prequel, or spin-off of Dark Souls. However, this is a rather complicated question with many different nuances and details.

Of course, the most obvious similarity is the central risk-reward mechanic at the heart of all the Souls games. Namely, once you die, you drop your souls or runes in that very place and have just one chance to get back to that same spot to recover them or else die and they’re lost forever. (Sekiro: Shadows Die Twice put a twist on this by allowing players to have a second chance to nab those valuable souls, but it’s still near-identical mechanically.)

In fact, muddying the waters even further, the Japanese studio often reuses certain characters and weapons in its games. Patches, for example, is a shady character who crops up in Demon’s Souls, Dark Souls, Bloodborne, Elden Ring – and even Sekiro: Shadows Die Twice (interestingly, his name is Anayama, but when translated, it means Patches).

In addition, take the Moonlight Greatsword as another quasi easter egg, as it too re-appears throughout all of those aforementioned modern FromSoft titles. Confusing, right?

While gameplay mechanics and world-building often run parallel with each other in Demon’s Souls, Dark Souls, Bloodborne, Sekiro: Shadows Die Twice, and Elden Ring, they are all separate IPs, often with differing publishers.

What makes Elden Ring slightly distinct from the other Souls games, however, is the fact that Game of Thrones author, George R. R. Martin, was brought on board to help write the general mythos of The Lands Between, which does set it apart from its brethren in a rather unique way.

So, there you have it. We hope that helped clue you in on the rather complex question of whether Elden Ring is a Dark Souls game. For more, be sure to search for Twinfinite or see more of our coverage of the game down below.