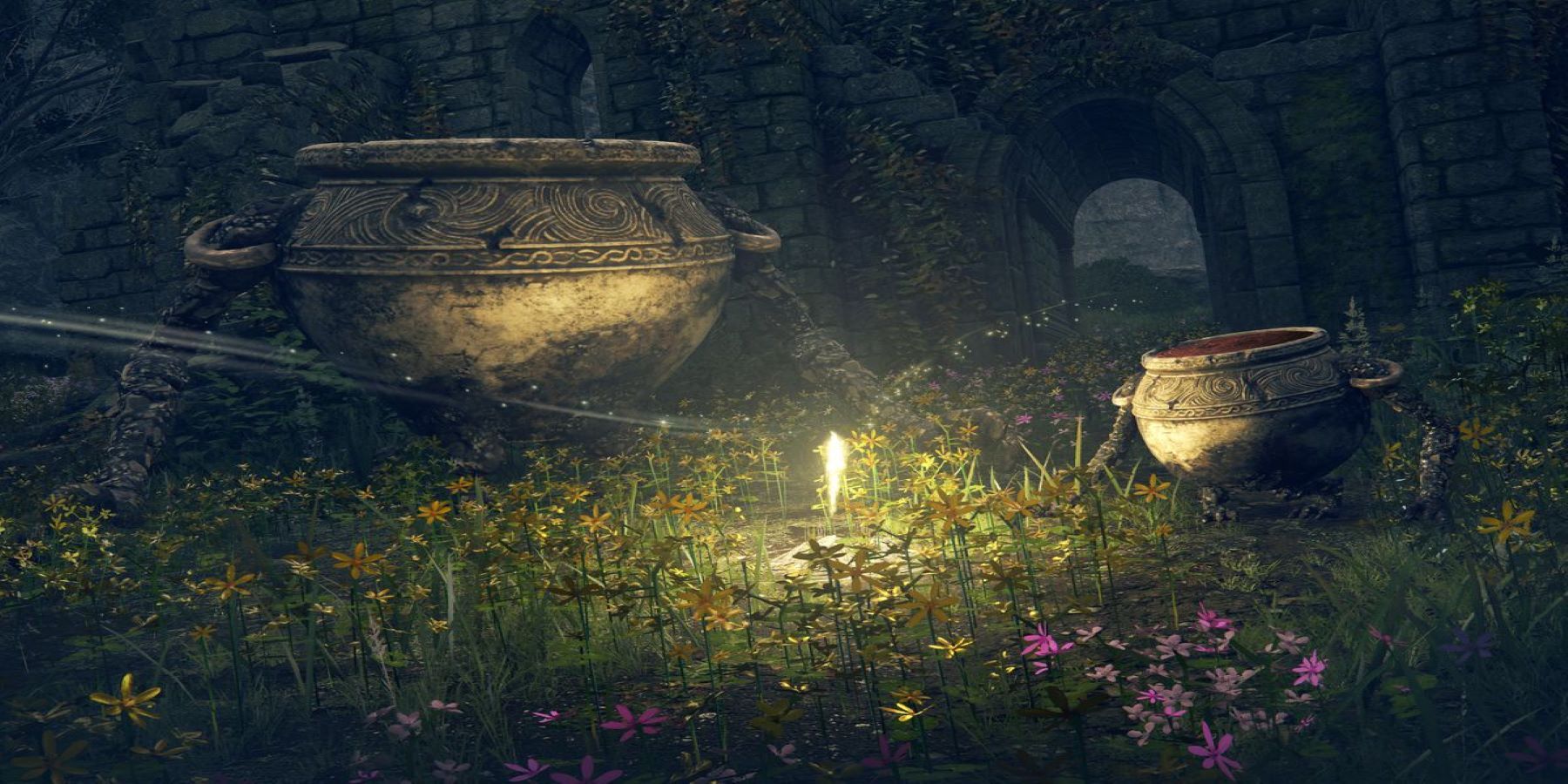 
One inventive fan creates a real-world replica of the pot enemies from Elden Ring, and it is extremely impressive, to say the least.

One of the most memorable groups of enemy NPCs that players have gravitated towards is the Living Jars. These sentient pieces of pottery are located all throughout Elden Ring and are considered one of the most unique enemies FromSoftware has ever created, with fans affectionately referring to one of the smaller ones as Pot Boy after it was featured in one of the earlier Elden Ring trailers. Recently, one fan has created something in reference to the Living Jars, and it serves a more practical purpose outside of decoration.

Over on Reddit, a user named kko_17 shows off an immaculate, detailed recreation of one of the Living Jars. Judging by some of the cracks made in the front of the pot, it could potentially be a recreation of Iron Fist Alexander. Though, it’s impossible to know for sure since the top of the jar is gone and has instead been re-purposed into an actual flower pot.

It’s amazing how quickly fans have taken to the various different facets of Elden Ring. The game launched a little over a month ago and players are already making various memes, videos, and fan creations such as this as a tribute to characters like Iron Fist Alexander and Godrick the Grafted.

The immediate popularity and success of Elden Ring could be attributed to a great number of things. Whether it’s due to the amount of hype that has surrounded Elden Ring since it was first unveiled, the involvement of George R.R. Martin, or the influence that FromSoftware has had on the gaming community over the last decade. Either way, Elden Ring has managed to impact a number of players significantly.

In any case, it will be interesting to see what the future holds for Elden Ring going forward. Many fans have been wondering if Elden Ring will receive any DLC. While games like Bloodborne and Dark Souls 3 have received DLC in the past, this isn’t the case for every FromSoftware title. As of right now, it’s just too early to tell.