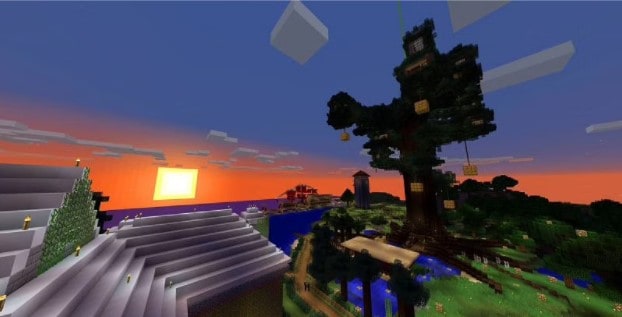 Usually, when we speak the term Vanilla in the realms of software and technology, it is more sort of related to a purist notion of keeping the software clean and unmodified. For example, when JavaScript is used without any library or third-party plugins, it is known as ‘Vanilla Javascript’.

This server is by far the most on the list, with several server-side plugins. These plugins have been installed to improve the overall gaming experience and provide a new twist to the repetitive basic solo vanilla survival mode given by many other servers.

The server has a large vanilla survival world that can only be accessed after breaking out from the main jail. Players can construct here while being fully safe from griefing. Purple Prison also includes its own in-game economy, which allows users to set up their own in-game stores.

Purple Prison is a popular Minecraft server that has hundreds, if not thousands, of people online at any given moment. The server has a long history as well, having been up and operational for over seven years. It has attracted some very big personalities, like PewDiePie, throughout the course of this period.

The vanilla WTF server, on the other hand, has a well-designed anti-cheat mechanism that prevents players from getting an unfair edge by utilizing hacks or exploits.

Simply Vanilla is a fantastic and friendly Minecraft survival server with a few added features to help with vanilla gameplay. Their teleportation technology is an example of this.

This allows players to teleport to each other by typing a simple command in chat rather than trekking massive distances across the map, saving them an endless amount of time.

The server also has a unique trade option, which allows players to swap stuff quickly and safely.