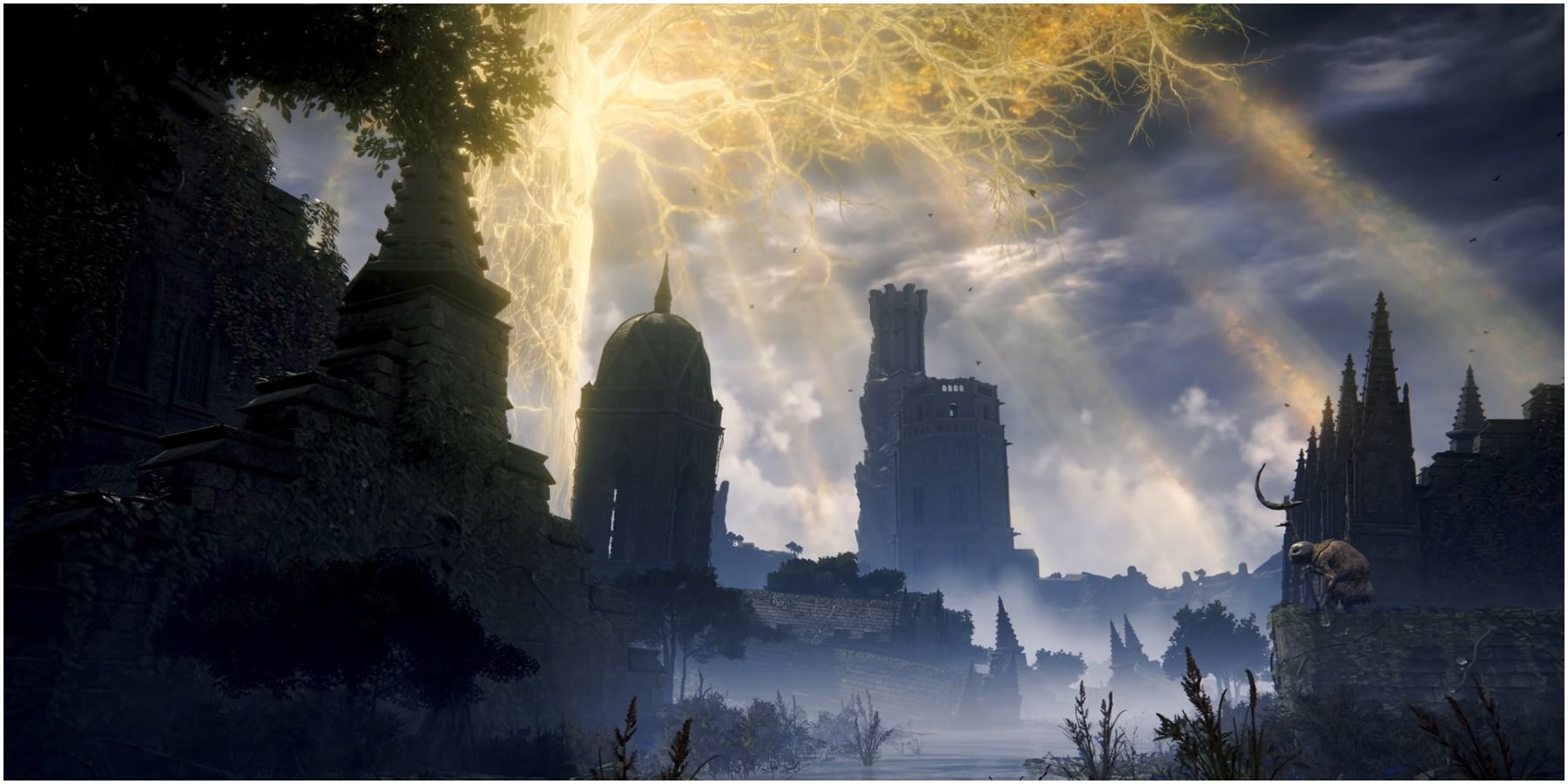 
Elden Ring is currently the hottest game on the market, with perfect review scores from numerous outlets. Like other FromSoftware titles, it has a high difficulty that has awarded it both praise and criticism. What makes it stand out from other FromSoftware games is its open world. The open-world has been compared to The Witcher 3, The Legend of Zelda: Breath of the Wild, and, of course, Elder Scrolls: Skyrim.

Gamers have been waiting for Elder Scrolls six for a very long time, and there is no doubt that it will be an open-world game like its predecessors. In fact, Skyrim’s success is what made a lot of games today be open-world. However, now that there are a lot of open-world games, the future of Elder Scrolls may now have more to learn about open-world games. In fact, the future game could learn a lot from how Elden Ring is doing. Fans have loved its open-world, and the game has done things differently from many others that are turning out to be good decisions.

RELATED: Why Elder Scrolls 6 May Still Be in Pre-Production

An Open-World With Little To No Quest Markers

It turns out Elden Ring’s lack of automatic quest markers is a strength rather than a weakness in the gameplay. Den of Geek described this choice as making the player feel “more like the hero and not an employee,” and they are right. Open-world games today are practically expected to be littered with fetch quests that have little substance or a feeling of immersion because it is just going from point A to point B with an item. In Elden Ring, the lack of auto quest markers makes what would usually be a simple fetch quest actually take a lot of exploring, taking notes, and interacting with the map and world.

When quests are documented in other games, they are like a to-do list, but Elden Ring instead lets the player simply experience the world with no lists. The player decides what they do, and they are the ones solely responsible for their experience in the game. If they want to do quests, they need to pay attention, mark their own map, and explore. This also makes the open-world feel much larger. Elder Scrolls does not have to take on this form, but it would be interesting to see more unmarked quests and hidden locations in the next game.

How Torrent Helps The Open World

Riding mounts in an open-world game is nothing new, but Torrent may be one of the best video game mounts out there for many reasons. The first reason is that the horse feels incredibly necessary to explore the world and not get killed. There are a lot of difficult enemies that Torrent can outrun, and they are enemies far easier to kill on horseback rather than off. It is also one of the view video games horses to have a double-jump feature, making Torrent excellent for climbing as well as running. There are also gusts that Torrent can jump on for a super jump up cliffs, which is quite satisfying to use instead of painstakingly finding another way up. Lastly, players can interact with messages and pick up loot while on horseback.

Elder Scrolls horses are unpopular, which is a heavy hit for an open-world game. Unless they are Shadowmere, they die easily and can run off to attack enemies all by themselves, which ruins a players’ battle strategy fast. Players on Reddit have criticized how long it takes to dismount on the horses as well as being unable to use magic and have a limited range of attack. They also are less fast than if a player just runs as a werewolf. Fans have even pointed out that the horses do not look good either. If Elder Scrolls horses were as user-friendly as Torrent, that would actually make a huge difference in how players see and explore the open-world.

Keeping It Big Without Getting Dull

Skyrim started an era of games that kept making large worlds their biggest selling point. While many great open-world games were made, there were also a lot of disappointments because open-world games can be hard to make memorable and high quality. Some games were just vast with boring methods of travel, uninteresting combat, and copy-pasted dungeons and enemies. Elden Ring managed to have both a huge game and keep it interesting with different kinds of areas, enemies, ruins, castles, and NPCs.

Elder Scrolls has not been bad in terms of being big and interesting, but Elden Ring shows that there is room for improvement. Players have noted in Elder Scrolls games how much quality has been hindered due to how many characters, buildings, and quests there are. A lot of characters are unmemorable with similar faces, the same lines, and the same voice actor, while buildings and nature lack interesting details unless there is something quest-related.

The Lack Of A Pause And Showing Lore

In Elder Scrolls, players can pause in the middle of combat and eat an entire feast to restore their HP. In Elden Ring, such breaks do not happen in the middle of combat. Due to this, the open world is always active and inescapable, which makes it far more immersive. Players have to go to a safe spot to mess with their inventory. This will make them have relationships with places and feel a stronger connection to Grace. Surprisingly, the lack of a pause button and the open world is a good partnership in a game.

Elden Ring also treats lore far different from in the Elder Scrolls games, making the open-world actually work for it more since it likes to show lore rather than tell it to the player. The Elder Scrolls series tells the player a lot of lore through its NPCs and books, which means the open world needs to make less of an effort to tell a story. If the next Elder Scrolls game shows more lore in its open-world setting rather than tell it, then the world will already be far more interesting.