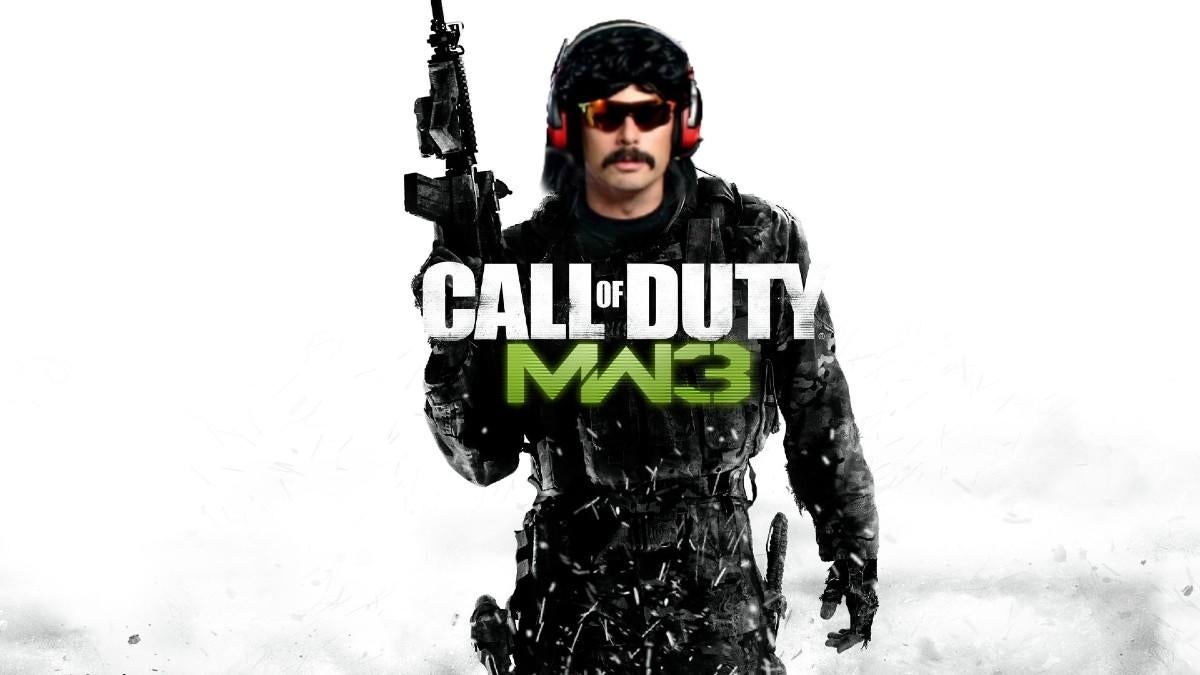 
Call of Duty: Modern Warfare 3 has a hidden Dr Disrespect Easter egg in it, despite releasing long before the sudden popularity of the controversial live streamer. The 2011 shooter has a sudden resurgence, for some odd reason. Modern Warfare 3 soared to the top of Twitch’s charts earlier this year after a tournament was held, showing immense interest in the online game. Modern Warfare 3 was the epic conclusion to Infinity Ward’s trilogy which helped make Call of Duty a household name. Although the series was certainly popular prior to Call of Duty 4, that game redefined what the series and online shooters as a whole could be in the Xbox 360 era.

Twitter user ModernWarzone was playing Call of Duty: Modern Warfare 3 the other day and unearthed what fans believe to be a brand-new Easter Egg. The fan discovered a Dr Disrespect book by Guy Beahm, the real life counterpart for the Twitch streamer. Before his online career became what it is today, Beahm was an employee at Sledgehammer Games. During Modern Warfare 3, Beahm was a community manager, but became a level designer for the developer’s next entry, Call of Duty: Advanced Warfare. It seems as though either he or someone at the studio thought it would be fun to pay tribute to his Dr Disrespect identity, which existed in a smaller capacity prior to his employment at Sledgehammer Games.

Discovered a 12 year old @DrDisrespect easter egg in Modern Warfare 3 that I can’t find anywhere on the internet. pic.twitter.com/6mujwum3er

Dr Disrespect is back in the game development scene, as he’s helping run a studio to develop a first-person shooter that’s influenced by other content creators and fans of the genre. No specifics have been given about the new title, but he’s joined by ex-Infinity Ward community manager Robert Bowling, who left the studio after Call of Duty: Modern Warfare 3. The studio is relatively new, so it’ll likely be a while before fans get to see or play whatever the team is cooking up.

What do you think about this new Dr Disrespect Easter egg? Let me know in the comments below or hit me up on Twitter @Cade_Onder.