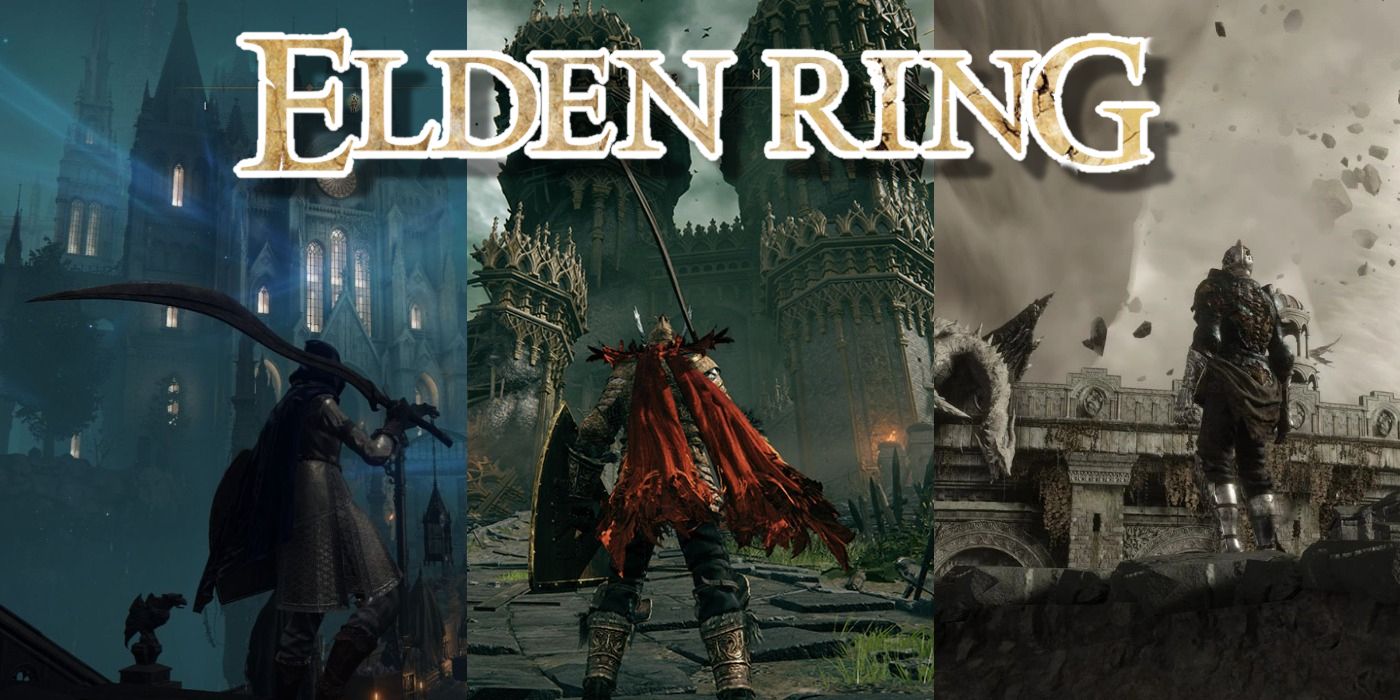 
From the frozen Mountaintops of the Giants to the fetid fields of Caelid and the graceful plains of Limgrave, Elden Ring features a collection of truly beautiful environments. While previous entries in FromSoftware’s loose collection of Soulsborne titles included more than a few gorgeous vistas and atmospheric ruins, 2022’s Elden Ring took things to a new level.

Yet, while players are free to do as they please in the game’s open world, Elden Ring‘s Dark Souls DNA is most prominently shown in its expansive and maze-like legacy dungeons. Likely to be the areas in which players struggle the most, Elden Ring‘s legacy dungeons may vary greatly in difficulty, but few would consider any of them to be easy. Be it a first playthrough or a seventh new game plus go around, some of these locations simply never grant players any respite.

Though players are intended to clear out Stormveil Castle and claim Godrick’s great rune before exploring Liurnia of the Lakes, a hidden path skirting Stormveil’s eastern wall will allow players to bypass the blockade and journey further into The Lands Between. In the middle of the next area, players can find Raya Lucaria Academy, home of Rennala, Queen of the Full Moon.

While gaining access to the dungeon isn’t as straightforward as it may seem, once inside, the area turns out to be relatively approachable for lower-level players. Though by no means easy, Raya Lucaria Academy doesn’t harbor many massive enemies, an inordinate amount of minibosses, or hosts of enemies that absolutely must be dealt with. Dextrous players could likely sprint through much of the dungeon without encountering much trouble, and the two bosses, though undeniably difficult, totally pale in comparison to some of the late-game baddies.

Stormveil Castle is most likely to be the first legacy dungeon Elden Ring newcomers will tackle, but it represents a notable difficulty spike when compared to surrounding areas like Limgrave and the Weeping Peninsula. Guarded by Margit, the Fell Omen, gaining access to the castle can be a struggle of legendary proportions, with many unprepared players likely sacrificing dozens of lives to the grafted gatekeeper.

While Stormveil Castle isn’t quite as difficult as some of Elden Ring‘s late-game dungeons, it’s home to some downright annoying enemies and sometimes sees players squaring up against five or six adversaries at once. Plus, from troll-like Omen to the downright horrific Grafted Scion, the minibosses found throughout Stormveil are nothing to be trifled with. That’s all to say nothing of Godrick the Grafted, a tremendous, monstrous being with a suite of close and long-ranged attacks that can be difficult to dodge as well as a truly intimidating second phase.

Located at the base of the fabled Erdtree, Lyndell, Royal Capital is a beautiful, almost boundary-less legacy dungeon that is perhaps even larger than comparable Soulsborne cities such as Anor Londo or Irithyll of the Boreal Valley. From its soaring belfry and golden rooftops to its fathomless subterranean dungeons, the seat of power in The Lands Between lives up to its lofty reputation.

Although fairly grueling—particularly for those daring enough to descend into the depths to be branded by the Three Fingers—Leyndell, Royal Capital is relatively sparsely populated, and most of the area’s toughest enemies can be avoided without much issue. Though it’s so massive as to be difficult to navigate, the path to the Erdtree entrance is fairly unimpeded, and the dungeon’s boss, Margott, will more or less be a pushover, as players will already be privy to most of his moves.

Though many in The Lands Between adhered to the Golden Order, Praetor Rykard rejected the harmony of the age of the Erdtree and sought power unfathomable so that he might challenge it. After he found such power in the form of a great serpent living beneath Mt. Gelmir, he fed himself to it and began a campaign to fight off the forces of Leyndell and lead astray any Tarnished who might one day rise against him as Elden Lord.

Only accessible after completing a series of quests or discovering a very well hidden illusory wall, Volcano Manor is rife with difficult enemies. From poison-spitting lizard soldiers to the utterly horrendous Iron Virgins, players will constantly be kept on their heels. It all culminates in a boss encounter against Rykard, Lords of Blasphemy, a two-stage fight that employs FromSoftware’s classic Storm Ruler sword, though it has been renamed in this instance.

A seemingly-ancient city suspended in mid-air amidst a massive whirlwind, Crumbling Farum Azula is without a doubt the most unique legacy dungeon in Elden Ring. Albeit brimming with an undeniable originality, some Souls veterans may draw comparisons between it and Archdragon Peak, a late-game location from Dark Souls 3.

Encountered near the game’s culmination, Crumbling Farum Azula is unmistakably difficult. Patrolled by beastmen, Tree Sentinels, and knife-brandishing eagle-like creatures, it’s a pain to get through regardless of level or build. This is, of course, not to mention the area’s notorious bosses and mini-bosses, which are some of the most difficult in the entire game. The Godskin Duo alone may hold some players up for quite some time, while even bigger baddies like Dragonlord Placidusax and Maliketh, the Black Blade can come across as controller-bashingly crushing.

1 Elphael, Brace of the Haligtree

The Dark Souls series was innovative in that it was unafraid to hide huge sections of content behind very hard-to-find illusory walls or otherwise out-of-the-way areas. Elden Ring takes this to a new extreme with Miquella’s Haligtree and Elphael; hidden behind a secret quest which requires that players find some very well-obscured medallions in Lirunia and the Mountaintops of the Giants, simply getting to this legacy dungeon is a tough task. Venturing through it, of course, is another matter entirely.

Beginning in the precarious and pest-ridden branches of the Haligtree, players who haven’t given up after plummeting to their deaths one too many times must face off against Loretta, Knight of the Haligtree, which grants access to Elphael. From there, things gradually increase in difficulty until players ultimately find Malenia, Blade of Miquella, who is easily the most challenging boss in Elden Ring and who likely ranks highly among the most difficult in the entire Souslborne series.

NEXT: 10 Things To Know Before Starting Elden Ring


Next
10 Fan Casts For The Ghost Of Tsushima Movie, According To MyCast