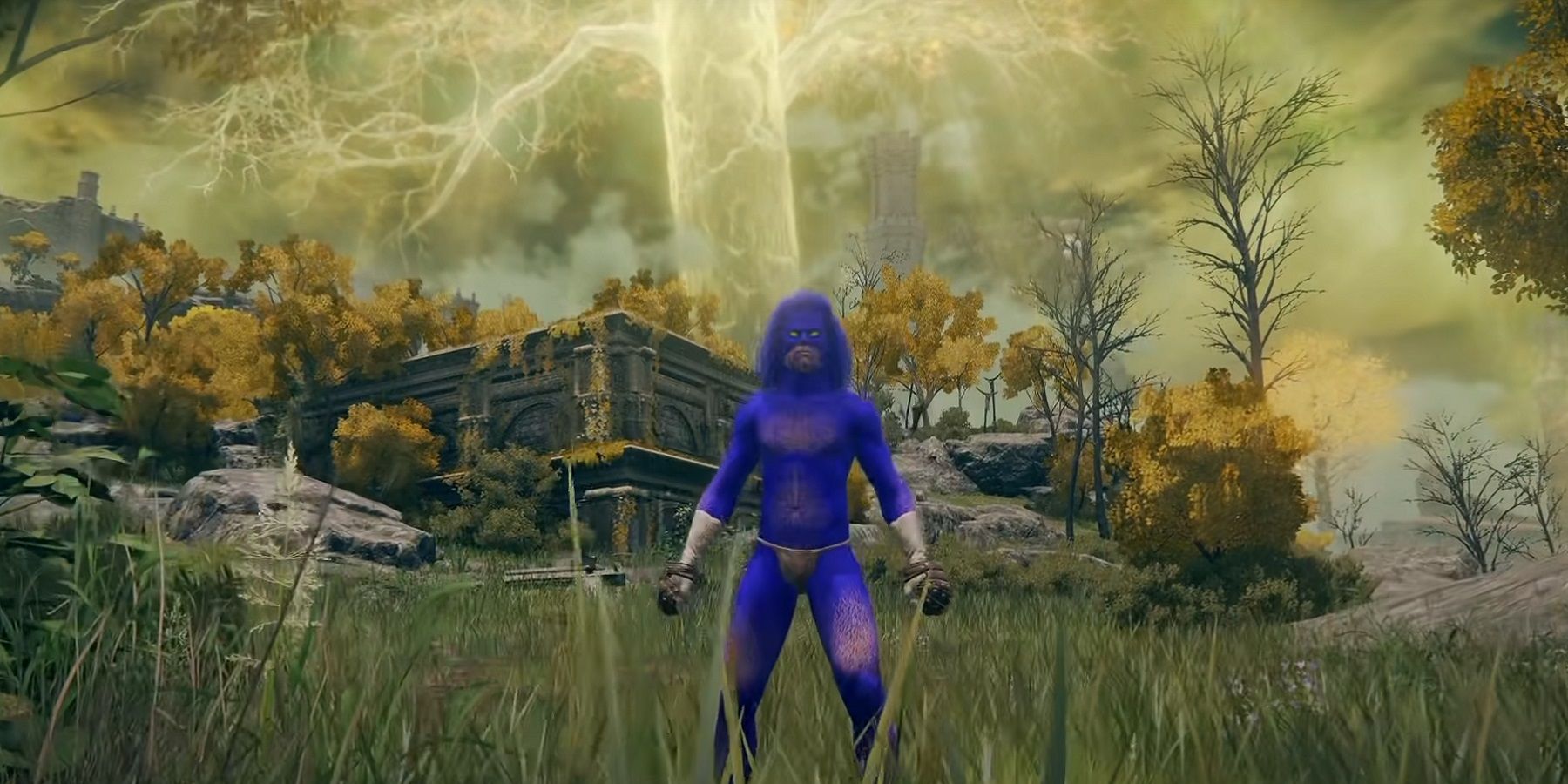 
Despite only being out for a short time, Elden Ring players are already testing their creativity inside the game’s character creator and the gear available to find in-game. Creations include a world-appropriate version of Alucard from Castlevania and a Last of Us Clicker, courtesy of the game’s developer Neil Druckmann. However, one player’s particular need to go fast saw them bring to life gaming’s fastest hedgehog in the Lands Between in a both impressive and somewhat horrifying manner.

Elden Ring is the latest game from developer FromSoftware in the style of its previous games like Dark Souls or Bloodborne, though with a much more expansive world and a story collaborated on with author George R.R. Martin. Players take up the sword of a Tarnished venturing across the Lands Between in an effort to reunite the broken titular ring to become the new Elden Lord. Standing in their way are the various monsters, warriors, and demigods roaming the Lands Between, some of which have been corrupted and empowered by possessing a piece of the broken ring.

As mentioned, the player’s Tarnished is a character of their own design, and YouTube user Marco Rolo took full advantage of this to bring Sonic the Hedgehog to life. Rolo’s character, fittingly named Sanic Hedgehog, is complete with bright blue skin, wildly spiked blue hair, and piercing green eyes. It is taken a step further, though, with Sanic using only hand-to-hand combat and the powered roll attack which shocks enemies. Fans of Sonic Adventure 2 may recognize some of Rolo’s musical choices in his highlight video, as well. Unfortunately, chili dogs are not available for Sanic to chow down on in the Lands Between.

As mentioned, Sanic is a fitting example of the kind of both impressive and somewhat horrifying Tarnished players can bring to life in Elden Ring. The latter did not appear lost on Rolo, either, as several points of the video appear to lean into that fact. Other YouTubers echo this, as well, with a comment from user York saying “I never thought I could despite the mere sight of an avatar this much.”

The timing of Rolo’s creation is also fitting as Sonic the Hedgehog 2 will be hitting movie theaters on April 8, 2022. It will once again see Sonic do battle with Jim Carrey’s Prof. Robotnik, who has returned from the mushroom planet to take his revenge on the hedgehog. The pair will be joined by Tails and Knuckles, with the former aiding the blue speedster, while the fiery echidna aids Robotnik amid his search for the master emerald.