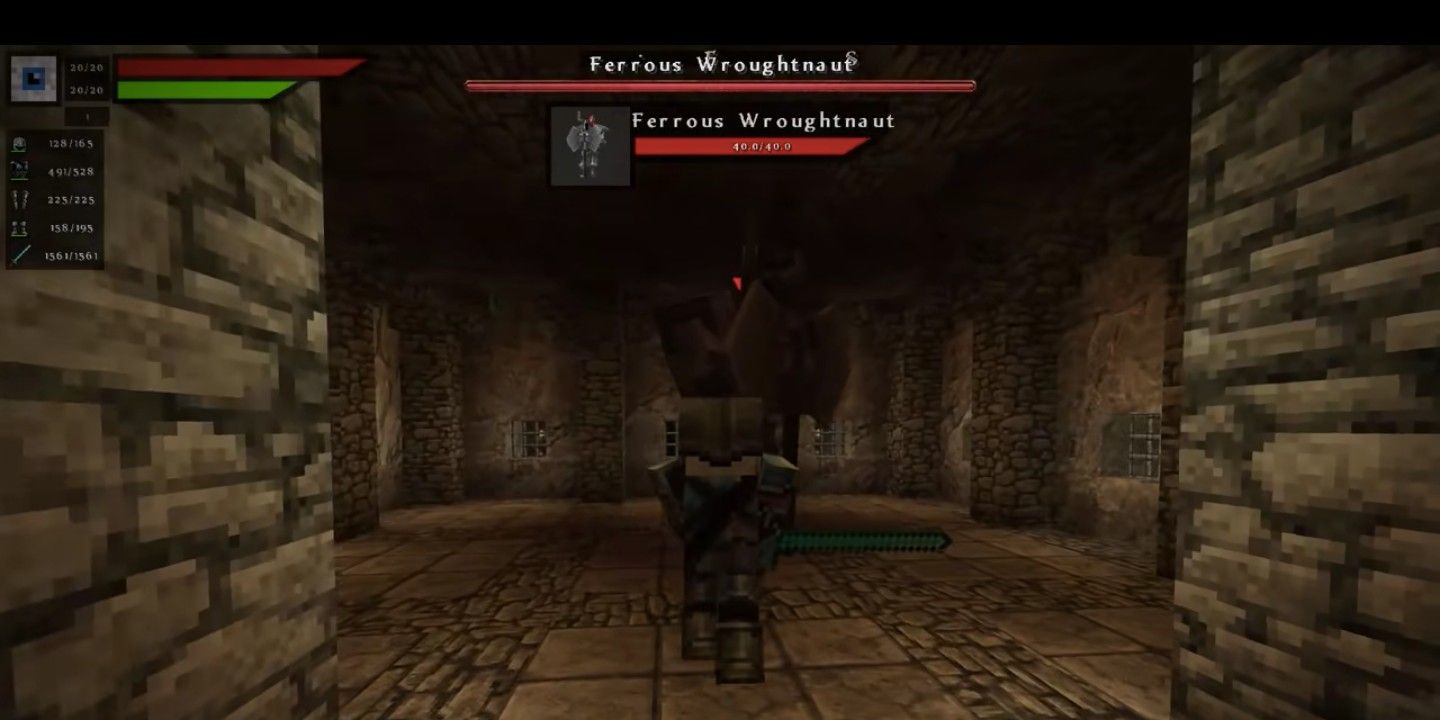 
A collection of Minecraft mods have been shown which turn the game into a blocky clone of FromSoftware’s worldwide phenomenon Elden Ring.

A new Minecraft mod has arrived, turning the world-famous crafting and survival game into a clone of FromSoftware’s Elden Ring. Both of these games have seen their fair share of modifications, with Elden Ring getting improved load times and more ridiculous boss battles, amongst countless stranger features like battles with Shrek and Thomas the Tank Engine, through mods.

Outside of their immense popularity, it may not seem like Elden Ring and Minecraft have much in common. The former is a recently released, brutally difficult, mature, and complex open-world action RPG, while the latter is a more zen, family-friendly, accessible title that has been released on just about every platform out there. Both of these games, however, have widespread acclaim and die-hard fan bases that spend tons of time working on fan art, mods, and general user-generated content. Additionally, while it may not be as obviously challenging as Elden Ring, Minecraft is quite complex thanks to a number of integrated systems and features, and this complexity opens the door to unique in-game creations and mods.

Related: Minecraft’s Fire Lingers The More The Camera Is Moved

One of these recent mods has turned Minecraft into a blocky facsimile of Elden Ring. The mod, which is actually a collection of old and new Minecraft mods bundled into one package, was shared by YouTuber AsianHalfSquat (via PCGamesN). This massive overhaul brings dynamic combat to Minecraft, along with a number of new textures, enemies (including bosses based on those from Elden Ring), and a number of features such as a new loot system. The mod is available to download from Curse Forge for anyone interested in trying it at their own risk.

Even if Minecraft is constantly adding new items, features, and enhancements, this mod shows just how much more complex Mojang’s best-selling game could be. A dedicated, modern combat system like the one featured in Elden Ring would certainly be interesting to see in Minecraft, along with a framework that is more similar to an action game, so it’s likely that plenty of gamers will be willing to check this unique mod out.

Having said that, it perhaps isn’t fair to compare Minecraft and Elden Ring. Both games serve entirely different purposes and, while both very popular, are targeted at different demographics. Playing a dark, challenging, and brooding version of Minecraft is definitely a cool novelty, but even the most hardcore Elden Ring fans can admit that the building-block game has its own unique charm and fun factors.

Next: Elden Ring: Why Fia Is Working For The Prince Of Death

Animal Crossing: Why Bunny Day Is Easier With The 2.0 Update