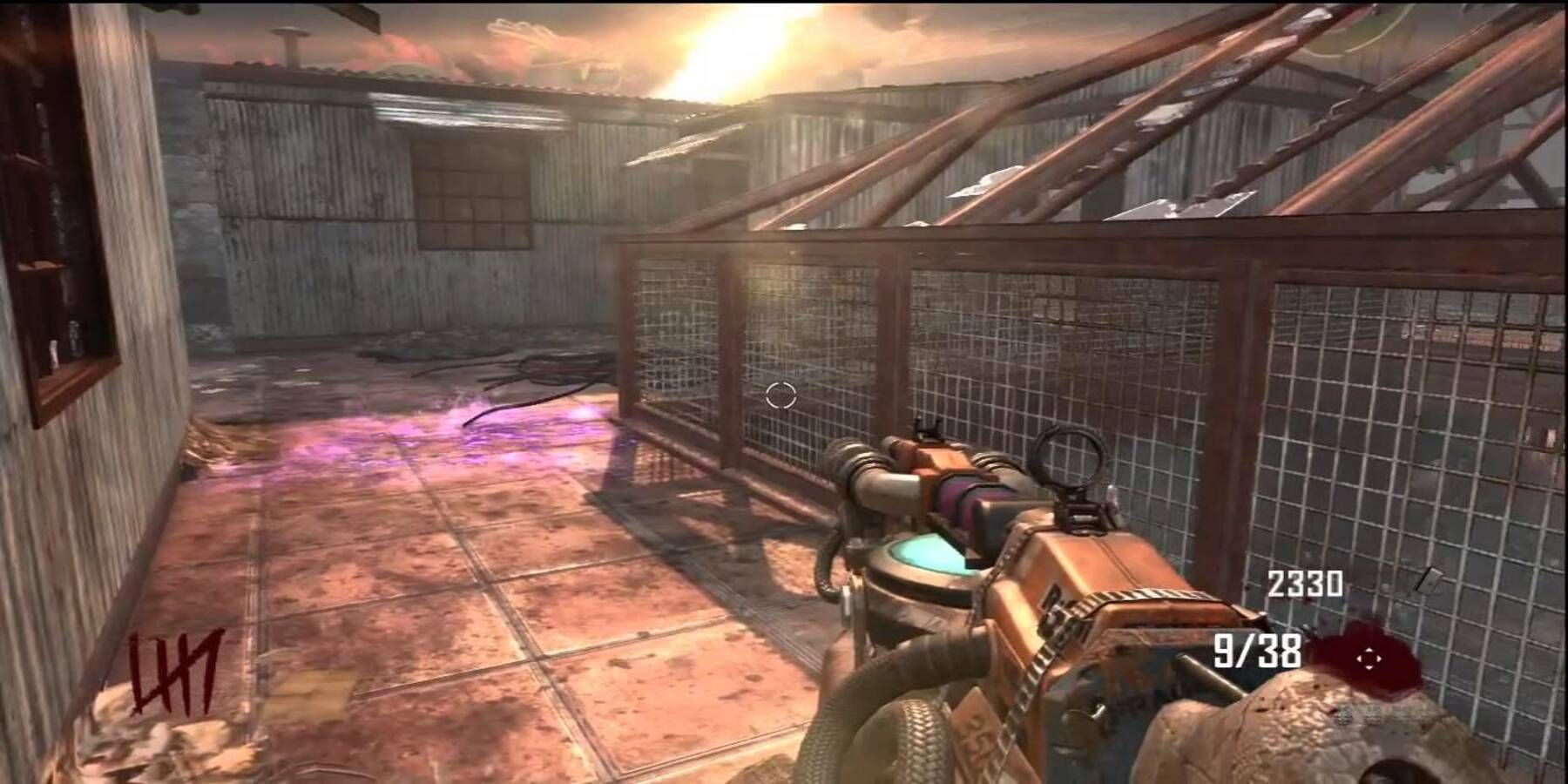 
A Call of Duty Zombies fan pays homage to the Black Ops 2 map Buried, recreating the Sliquifier Wonder Weapon with some working parts.

Call of Duty Zombies has had several standout Wonder Weapons over the years. However, while weapons like the Ray Gun and Thundergun get all the love, gadgets like the Sliquifier are often forgotten about – though one Zombies fan is going out of their way to change that.

The Sliquifier was the Wonder Weapon from Die Rise, the first DLC map for Call of Duty: Black Ops 2 Zombies. Made from leftover parts found in skyscrapers, the weapon shoots acidic soap onto the floor. Zombies that step into this puddle will stumble around before eventually dying, and if shots are carefully placed in corridors, the Sliquifier can help players get into the high rounds with ease. With Die Rise having so many areas players can fall off, though, using it can be a bit of a risk/reward scenario since players can also slip on the goo.

While this is one of the sillier Wonder Weapons in Call of Duty Zombies, it is both powerful and unique, making it a solid choice for a replica. The weapon also looks homemade, giving it a much different style from some of the more polished guns players can wield. Reddit user wdg-2 shared their in-progress Sliquifier build through a special video, with the clever gamer testing out several different parts of Die Rise’s signature weapon.

In the clip, the Call of Duty Zombies attaches a light on top of the gun and presses a button on the fire extinguisher. This activates the purple light on top of the Sliquifier while simultaneously making the firing sound of the gun. The player also shows that the trigger is fully functional, messing with the switch to continue making the firing sound. They then remove and reattach the light bar before pulling out the fire extinguisher button to turn off the power. Unsurprisingly, fans have responded well to this clip, with several positive comments seen alongside hundreds of upvotes.

According to wdg-2, the 3D model was made by TheApropalypse, with the Redditor going on to modify the parts and add the electronics. While they have not yet finished working on it, their Sliquifier model having so much functionality is incredible. Though it does not actually fire the purple soap substance that the in-game version does, everything else about the prop is accurate. Unsurprisingly, many gamers stated that they wanted their own version, with some wondering why Activision never made official Wonder Weapon toys for Call of Duty Zombies fans to purchase.

With another gamer recently making a Time Bomb replica, a lot of love has been shown for Black Ops 2 Zombies as of late. Hopefully the rumors about Zombies Chronicles 2 turn out to be true, as the response to this model proves Call of Duty Zombies fans would love to use the Sliquifier again in a Die Rise remaster.