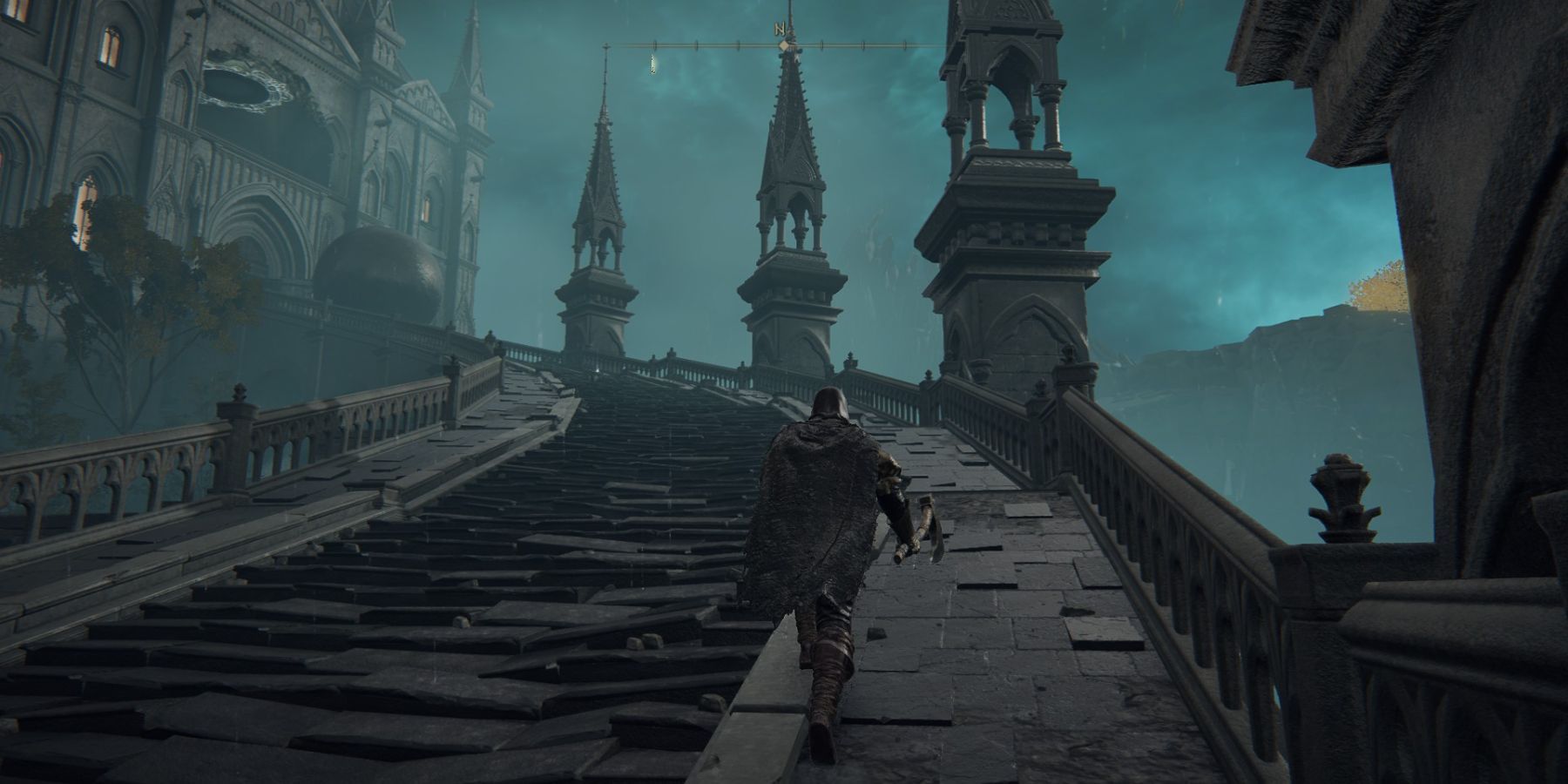 Elden Ring has several memorable maze-like levels like all recent FromSoftware titles, and Raya Lucaria Academy is one of the most famous dungeons in the game. Players can visit this location reasonably early on in the game, and progressing through this dungeon leads to the Rennala boss fight. After defeating her, players can also respec in the boss room, but they need to offer a Larval Tear in exchange for this service.

Raya Lucaria Academy is filled with annoying enemies that deal magic damage from afar, and it also has several traps. The giant rolling ball in this area is probably one of the most well-known traps in Elden Ring. Players must carefully jump on a broken set of stairs to progress toward the boss, but they are greeted by a massive iron ball rolling towards them. It’s pretty easy to avoid the trap after learning the ball’s pattern, but the whole sequence can take many by surprise on their first visit to the area. Now, a player has found a clever piece of environmental storytelling related to this trap.

An Elden Ring Tiktok clip shows a player walking on this broken set of stairs in Raya Lucaria Academy. After avoiding the first iron ball, they notice a random corpse on a platform nearby and wonder what caused their death. The player then decides to walk on the railing, gets hit with another oncoming ball, and hilariously lands at the exact same spot as the corpse. Thankfully, they survive this encounter and will probably not make the same mistake ever again.

It’s possible that someone at FromSoftware also died in a similar manner after walking on the railing, and placed the corpse there to signify the event. This trap likely resulted in many deaths, and users can find several videos of other players dying to the same iron ball. These balls can also be found as regular enemies in other locations in Elden Ring, and they will even chase after players, resulting in some of the most terrifying encounters in the game.

Elden Ring probably has more traps than all other FromSoftware games, and players must remain vigilant while navigating its many dungeons and catacombs. As an example, there is a chest in Elden Ring‘s opening region that will transport payers to a cave filled with challenging enemies.