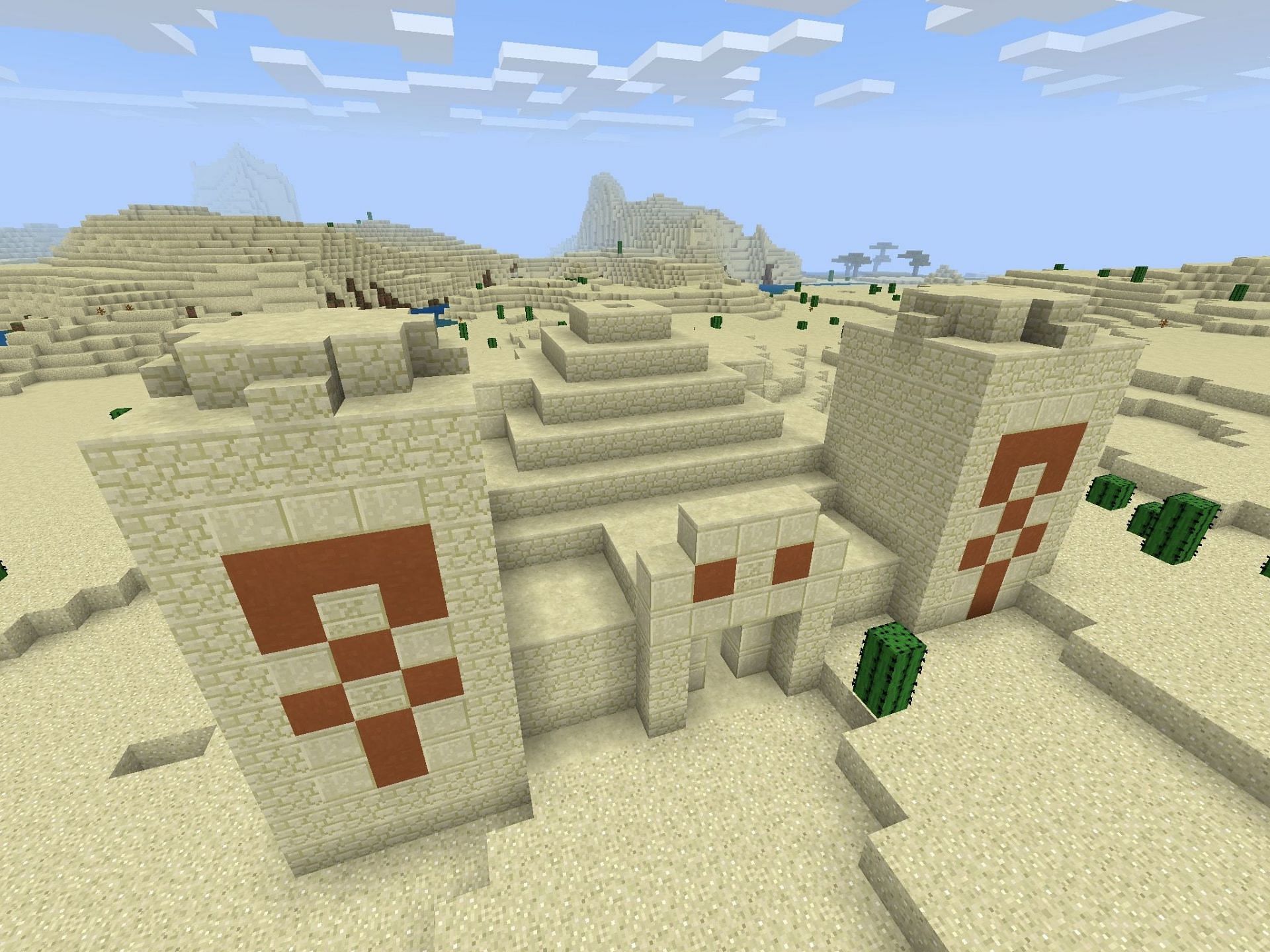 
Speedrunning, which refers to completing a game or its subsection in the shortest amount of time possible, has seen a recent explosion in popularity in recent years, while Minecraft has also seen another resurgence.

Minecraft is one of the most speedrun games around right now. There are numerous categories, such as:

Given the numerous categories and competitive nature of the game’s speedrunning community, having good seeds to both attempt and practice runs is vital.

This seed spawns players next to both a plains village – ironworks included – and a ruined portal that can be easily finished for access to the Nether. This portal leads to a Nether spawn near a fortress.

There is also a second plains village close by. While these villages don’t offer much beyond ironworks and some food, the second village does have a stronghold underneath it.

Quick access to a fortress in the Nether as well as a stronghold are both major time saves, as finding both structures are totally RNG dependent. The stronghold unfortunately only features two eyes of ender in the portal. This is only slightly better than seeds that feature none.

This desert seed spawns players next to a desert village and a desert pillager outpost. This seed also features another village, as well as a rare desert temple in the same spawning desert biome.

After using the nether to get blaze powder, needed for the eyes of ender to activate the end portal, players simply need to dig under the village they spawned close to. The stronghold can be found directly under the initial village.

This seed spawns players in an abandoned village, with a huge ravine exposing both a zombie spawner and one of the world’s strongholds.

The Nether spawn for this world spawn area places players near both a nether fortress and a bastion remnant. This is going to give them easy access to both blaze rods and piglin trading for ender pearls. This means that access to a completed end portal will come quite quickly.

This seed spawns players in a snowy biome, surrounded by a whopping six villages within 650 blocks. This sets them up with a massive amount of food, as well as ironworks for materials.

To top this massive amount of village resources, one of the villages has a stronghold underneath, with a second stronghold only a few hundred blocks away. This means that players can consolidate the eyes of ender between the portals to reduce the resource grind.

This seed spawns players in a tundra village, with an above-water shipwreck and a lava pool within four chunks. Players can use this shipwreck and the village to slingshot to an early nether trip, in which they will need to get their blaze powder and ender pearls.

However, once they return, they can dig nearly straight down from the village to find the stronghold and portal to the end.