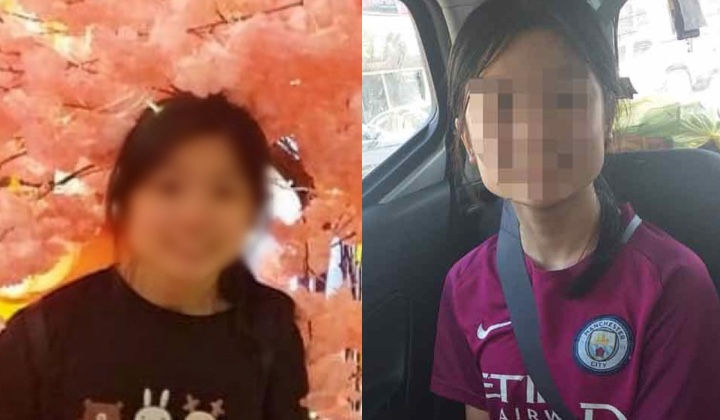 
Subscribe to our Telegram channel for the latest stories and updates.

On 6 April, a family in Kuala Lumpur panicked after their 14-year-old daughter ran away from home.

The girl supposedly left her school with a friend she came to know in the online game PUBG.

She had been missing for several hours before her parents realised something was wrong.

After a full day of searching and asking for help online, the family was blessed with good news.

Once Was Lost But Now Am Found

According to China Press, her parents drove more than 300 kilometres south to meet their daughter overnight.

The family of 3 finally reunited in Johor Bahru!

The girl’s mother had found the phone number of her daughter’s last call through a telecommunications company.

The mother told the press that she did not dare to call the number directly at first.

Still, after considering her daughter’s safety, she took the initiative to contact the other party.

She confirmed that the number’s owner was a netizen “Rong Rong”, who was close to her daughter.

After I contacted Rong Rong, I found that the other party was not a bad person as I had imagined. She also helped me persuade my daughter to go home and finally gave me the address in Skudai, Johor.

The mother on her encounter with her girl’s online friend, Rong Rong.

The mother revealed that after she and her husband drove south overnight, they successfully met with their daughter and Rong Rong at about 11 o’clock last night and got to know the latter and her family.

The mother pointed out that since her daughter and Rong Rong are the only daughters in their respective family, the pandemic kept them bored at home.

The two gradually developed into good friends and best friends after they became friends through games last year.

My daughter went to Johor Bahru because she wanted to meet and play with Rong Rong, but she was afraid I would disagree, so she kept it a secret. We didn’t scold her when we found her.

The mother explains why her daughter had run off from home without informing her.

The mother is now more comfortable after she has contacted Rong Rong and her family.

She has no problems with her daughter’s continued contact with the Rong Rong, and even treats her like her own daughter.

She also said that since the news of her daughter’s disappearance spread, she has been receiving contacts from relatives and friends worldwide.

She is grateful for the concern from all walks of life and the telecommunications companies that provided vital information.

She pointed out that the most important thing is that her daughter is safe and sound.

The parents also went to the police station to close the case.

They decided to stay in Johor Bahru for a few days to spend time with her daughter and Rong Rong.

Meanwhile, the family members and relatives also thanked netizens for their help and support.