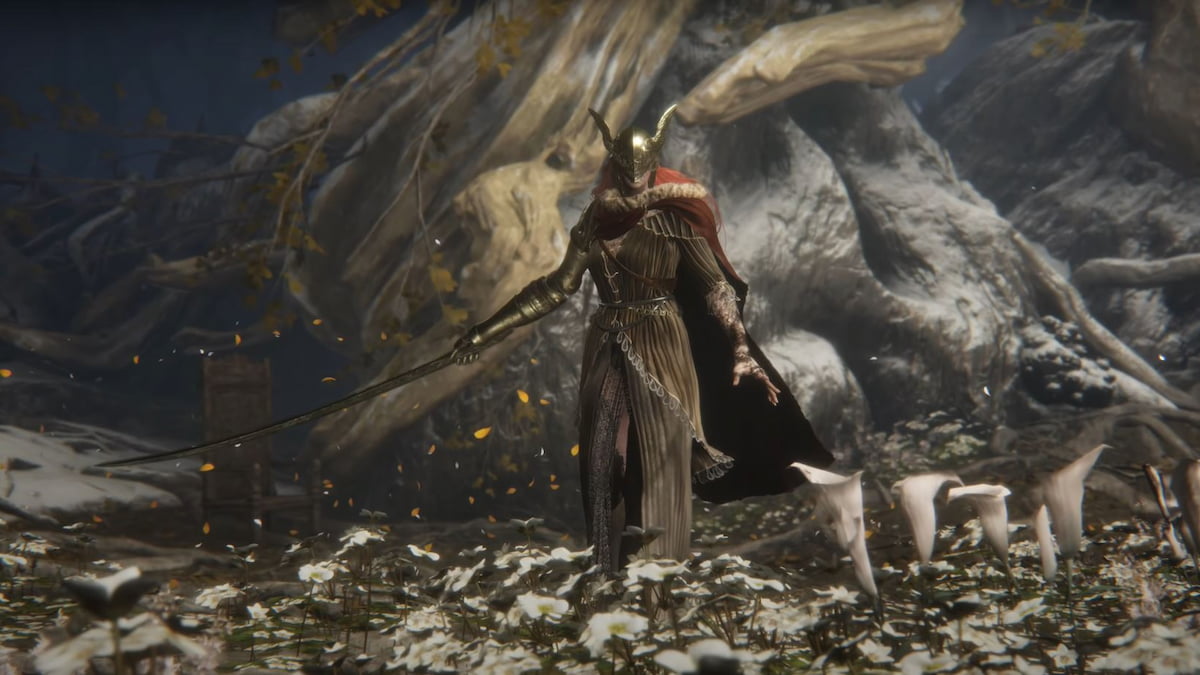 
Elden Ring’s community is always finding new, and hilarious ways to deal with the challenge of The Lands Between. One of these is now the legend known as Let Me Solo Her.

One of the biggest challenges in the game is Malenia, Blade of Miquella. Her powerful attacks, Scarlet Rot-focused second phase, and speed make her one of the hardest bosses.

Thankfully, she isn’t a required boss in Elden Ring. In fact, she’s fairly hard to find, being located in the Haligtree, a secret location near the Mountaintops of the Giants.

But that doesn’t stop any Elden Ring players from taking her on. And now, there’s a legendary player who is taking the Elden Ring community by storm.

The Elden Ring subreddit is now in awe of a new hero, Let Me Solo Her, who you can find before Malenia’s fog door.

It started with u/sazed813 on the r/eldenring subreddit. The story starts with him explaining his troubles with fighting Malenia.

After using the Furlcalling Finger Remedy to find someone to summon, he spots a sign of a naked man with a jar on his head, simply called Let Me Solo Her.

This insane Tarnished then proceeded to single-handedly take down Malenia, Blade of Miquella. And without much trouble, only taking damage in her second phase.

People then started sharing their own experiences of finding Let Me Solo Her. The Tarnished took on Malenia and won plenty of times.

After the hype and mystery regarding the legend started picking up steam, the hero himself decided to join the conversation.

u/KleinTsuboiOW made their own post on the subreddit, stating he wanted to help plenty of Tarnished who are struggling with Malenia.

He then proceeded to post one of the times he fought Malenia for another host. Other users were commenting their thanks to Let Me Solo Her, as well as making jokes.

What makes this a more legendary feat is that bosses become tougher with the assistance of multiplayer. This means that, Let Me Solo Her is actually taking on a tougher fight than usual.

If you want to summon Let Me Solo Her, you can find him on the PC version of Elden Ring. He will be waiting for those who are struggling.

Perhaps Let Me Solo Her will be the next boss we face in The Lands Between? Possibly in an Elden Ring DLC?

If you need some help beating Elden Ring, we have a comprehensive guide on how to finish Elden Ring!

And if you’re about to set on your next journey in The Lands Between, here are some insanely OP builds in Elden Ring!

Finally, if you’re annoyed by the AFK farming currently, here are some of the best PVP builds to take down those annoying hosts.