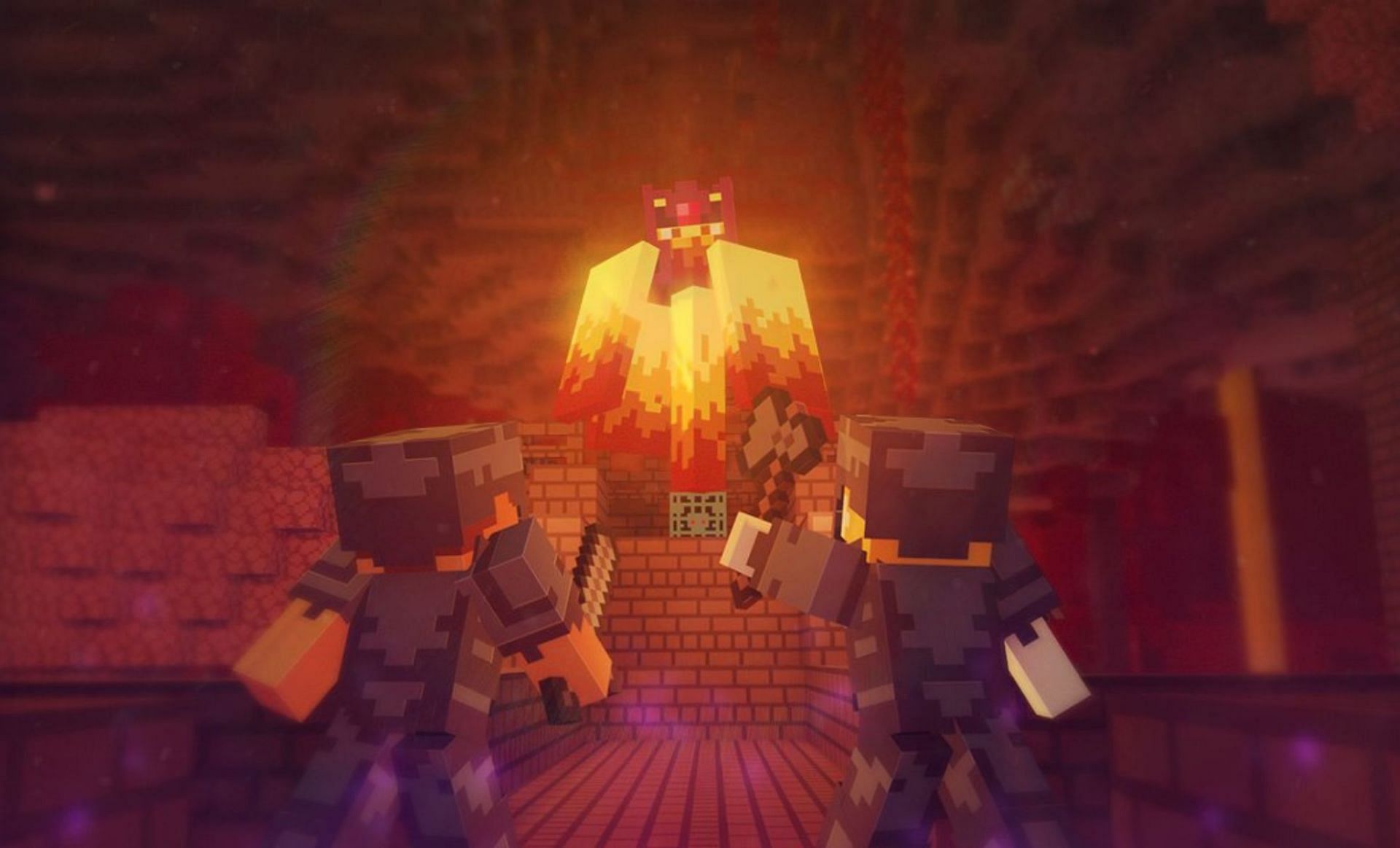 
There are more than a few menacing mobs in Minecraft and the same can certainly be said for Minecraft Dungeons. Mojang’s hit dungeon crawler also has the distinction of having many more (and arguably more frightening) mobs than its original counterpart.

Mobs like the Endersent, Enchanter, Frozen Zombie, Iceologer, Necromancer, Snareling and more all exist in Dungeons, but not in Minecraft. Interestingly, that list will get a little longer as Mojang has finally introduced the long-awaited Wildfire to Minecraft Dungeons.

The Wildfire is supposed to be similar to the Blaze mob, but far stronger and tougher. Furthermore, it will also be significantly larger and pose more of a challenge to Minecraft Dungeons players.

It has shields surrounding it to protect itself as well as a helmet on its head. Here’s how Mojang described its difficulty:

“Blazes are… the most menacing mob you can encounter in the Minecraft universe. Hovering high above the ground while shooting deadly fireballs at innocent, unsuspecting adventurers is all part of its sinister repertoire. With that in mind, it is mind-boggling that our beloved developers thought it was a good idea to cook up an improved and even deadlier version of this fiery foe. Some developers just want to watch their code burn!”

Clearly, the Wildfire will be a huge challenge. The main reason this mob got delayed was because Mojang wanted to find the perfect balance between making it challenging enough without being too frustrating for players to bother fighting it.

Now that they’re finally set to add the mob to the game, it seems as if Mojang has found that perfect balance. The Wildfire will be prominently featured in the upcoming seasonal adventure, which will be available for download in just five days’ time. For more information, readers can visit the official Mojang website.