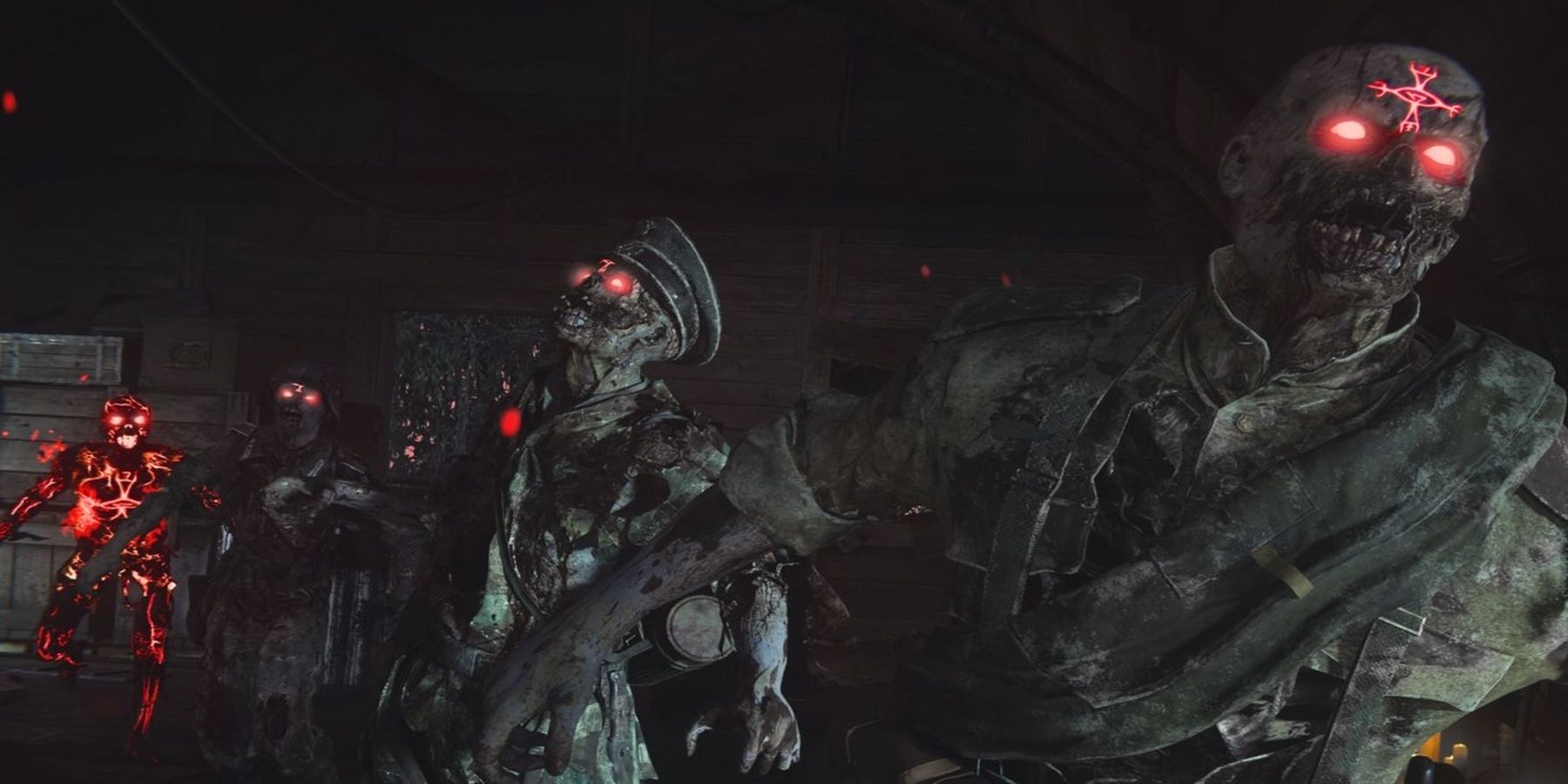 
Call of Duty: Vanguard has had a rough time since release, as the community has soured on the multiplayer and Zombies has only become more hated over time. Fortunately, Treyarch has heard this criticism, with the developer changing its Call of Duty: Vanguard plans in response to fan frustration.

As many will surely know by now, the community’s big issue with Call of Duty: Vanguard is that it abandons a lot of what made Zombies great. The game launched with no easter eggs, no Wonder Weapons, no hidden music, and no Pack-A-Punch camo. Worst of all, there was no round-based content on day one. While Terra Maledicta solved a few issues by bringing back Wonder Weapons, Easter Eggs, and camos for upgraded weapons, the map was still built around objectives – a style the Zombies fan base disapproves of.

While Treyarch did attempt to ease frustrations through a round-based objective type for Call of Duty: Vanguard Zombies, this was not nearly the same as a proper map. Fortunately, those who prefer the old style are in luck, as the developer is pivoting to make round-based maps for the remainder of the Call of Duty: Vanguard life cycle. Fans will be waiting until after Season 3 for this map to release, though, so it will be interesting to see if it brings lapsed players back.

As for what this map will be, it is confirmed to be a reimagining of Shi No Numa. With the map’s main hut already in Call of Duty: Vanguard’s Der Anfang map, this makes sense, as Treyarch can save on resources. However, it is important to make note of the phrase “reimagining,” as the map will not be a full-on remake. Instead, it will be comparable to Blood of the Dead and Tag Der Toten, with significant changes made to broaden the scope of the location and create a different gameplay loop.

As for what this new Shi No Numa will feature, Treyarch has revealed several details about the round-based map. It will feature a main quest, side quests, and a Wonder Weapon quest, as well as a new area. Further, the Flogger trap will return alongside electric traps, with the Dark Aether narrative confirmed to continue inside the updated Shi No Numa as well. Treyarch also confirmed that Sacrifice will be the final objective added to Call of Duty: Vanguard, reaffirming that any future content will be in the traditional style.

MORE: Why Call of Duty: Vanguard Zombies Fans Are Unhappy With Server Pause