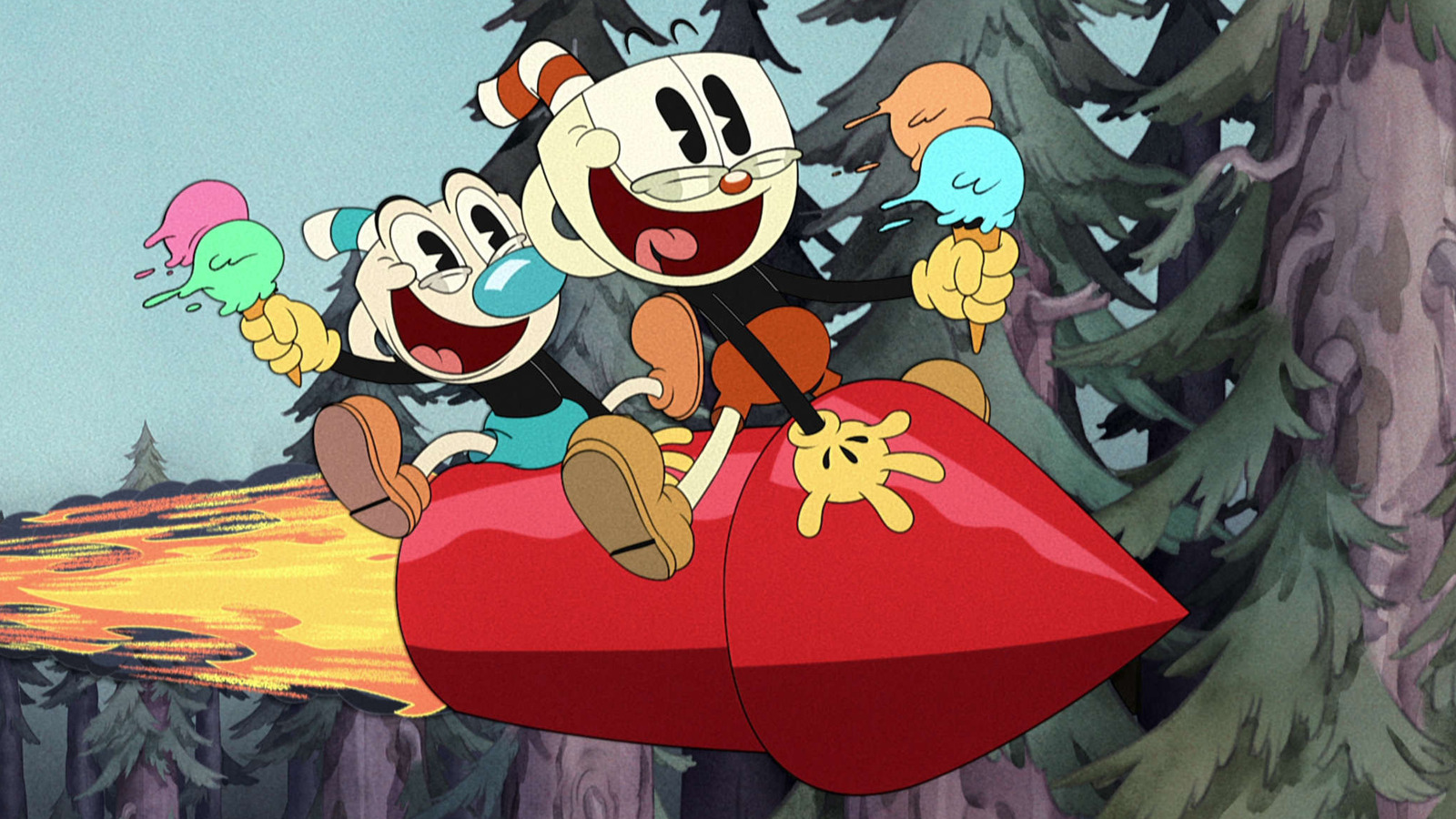 
Unlike many modern adaptations of popular nerdy media, “The Cuphead Show!” demonstrates surprising restraint in its fanservice throughout its first season. Many of the game’s most iconic bosses, like Grim Matchstick, Cala Maria, and Beppi the Clown, are delegated to blink-and-you’ll-miss-it cameos. Two episodes do indulge in the source material’s wide array of big baddies, however, and the first of the pair is dedicated to the most infamous duo on the Inkwell Isles: Ribby and Croaks, the street-fighting frogs.

Distinguished from the rest of the season’s supporting cast, Ribby and Croaks are imbued with light thematic weight, as their highly combative brotherhood mirrors Cuphead and Mugman’s, serving as the central internal obstacle for the boys. Unfortunately, the episode is dampened by a below-average musical number — a recurring problem throughout the season — in which the frogs lament their dearly-departed mother. Chaos does break out in their buoyant and bougie ferry, akin to the game, but the slight similarities only underscore the glaring inaccuracies (the frogs wearing actual clothes, for example). Ribby and Croaks are fun, but their debut episode is also a half-measure in the small catalog.