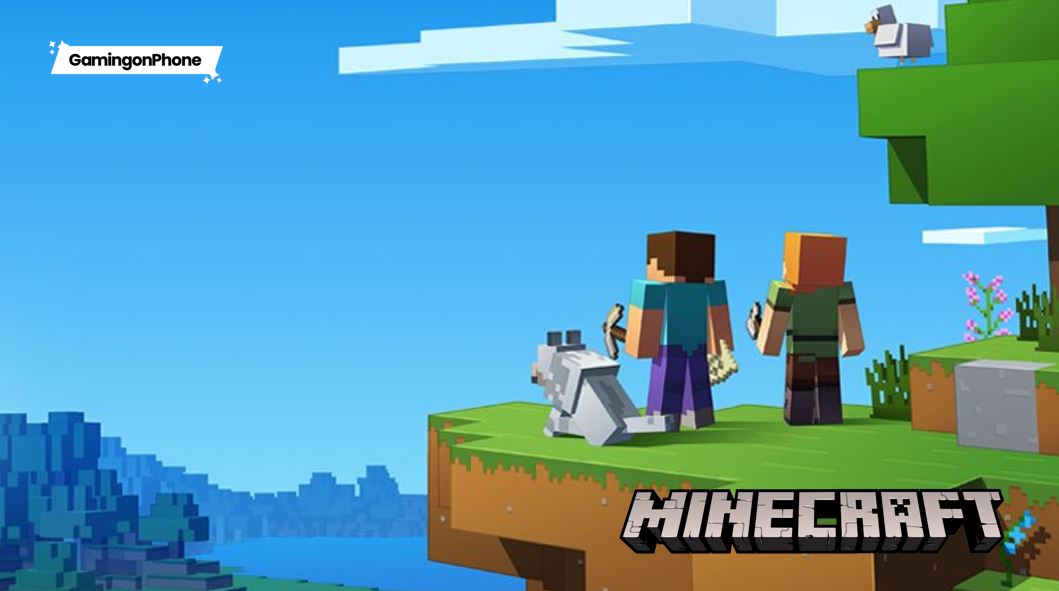 Created by: Reporters Without Borders

A massive island showcasing a virtually endless archive of information, The Uncensored Library is a magnificent build in-game constructed by Reporters Without Borders. There are many countries where people live in environments where information is controlled by the government authorities or filtered through state-run media outlets.

The facts and the news of the world are heavily distorted to shape the opinions of the common people. However, this creation has the purpose to throw light on the untold trove of published articles that can be accessed by anybody capable of running the game, free of the influence of media censorship.

Everbloom Games is an established team of Minecraft builders and creators whose build includes the reconstruction of the works of Swedish surrealist H.R. Giger, this world is a biochemical world of both surrealism and beauty. Giger’s art often intermingled the biological and the artificial, creating strange and breath-taking depictions of man and machine.

His work is recognized most likely for being the basis on which the Alien film franchise is based, with the film’s titular alien being based on Giger’s painting Necronom IV. The details provided by the Everbloom Games are amazing in this build.

The creation of the city of Adamantis has been done by the lone player, Jamdelaney1 which comprises over 60 million blocks. Constructed in the traditional Greco-Roman style with plenty of marble-like blocks, arches, and domes, Adamantis is a sprawling beauty to view from within and without. The entrance features a massive gateway along with towers, walls, and aqueducts.

Created by: LG193 and ThatDutchLad

The New Port Notch created by LG193 and ThatDutchLad is a city that features two islands and also includes a tribute to Notch titled The Statue of Creativity. The two creators have shown their love and appreciation for the sandbox game through this build and it is recommended to explore this city and witness the love and effort that they have implemented into the structure.

This map is a recreation of the world of George R.R. Martin’s A Song of Ice and Fire series and is one of the most ambitious Minecraft builds ever conceived. This world was brought to life by the hit HBO show Game of Thrones, and now players can explore the Westeros.

In this build you get to witness the ships docked at White Harbor, enter the Sept of Baelor and the Red Keep in King’s Landing, visit the icy halls of Winterfell, and many more. The developers are still working on this project making additions to it, and we can expect the continent of Essos to nest, across the Narrow Sea.

World of Warcraft has been one of the most popular MMORPGs in the industry, and the efforts and commitment of Minecraft players like Rumsey has made Crafting Azeroth possible.

It comprises over 100 billion blocks, the players get to see every memorable location throughout the world of Azeroth between the Eastern Kingdoms, Kalimdor, and even the continent of Northrend. The players also get the opportunity to explore through the Dark Portal and emerge in a rendition of Outland, the former home of the Orcish Horde and the Draenei.

Created by: The Floo Network

The World of Harry Potter is one of the most popular franchises among the youth and the society across the globe and it is no surprise that the Minecraft community is adapting it in-game as well. The Floo Network builders have allowed the players to experience their own adventures in Hogwarts with the map build known as Witchcraft and Wizardry.

But there is one drawback, this build only works in Minecraft versions 1.16.3 – 1.16.5 at the moment due to all of the gameplay changes made. The ones who use the game launcher to create the 1.16 installation should be able to enjoy this Harry Potter creation without any obstruction.

8. Breath of the Wild

The Legend of Zelda: Breath of the Wild has been one of the greatest RPG games in the past recent years. The dedication of Minecraft Redditor Dinaeh has made it possible for the players to experience the full scope of the world of Breath of Wild.

The inclusion of custom NPCs and the world’s iconic temples has also been set forth by the creator. If some shaders are added into the mix the map might truly pop, emulating the beautiful lighting and bloom effects of the Nintendo title itself.

This build is inspired by The Elder Scrolls V: Skyrim’s College of Meridia which pays outstanding homage to one of The Elder Scrolls series’ revered Daedric Princes. It is placed within its own flat-styled Daedric realm which makes the college fully functional inside and out.

It does require some downloads which include a texture pack and recommended shaders, but to experience such a remarkable build is a small price to pay. This build is worth downloading via Planet Minecraft for the fans of High Fantasy or The Elder Scrolls.

Herobrine’s Mansion is an impressive Minecraft build and an adventure map with a horror twist. The players get to explore the massive mansion and its secret rooms and depths, all while battling hostile mobs.

In this build especially the map, there are multiple bosses included and also the map includes the legendary Herobrine, one of the game’s oldest horror figures. The players will have the option to be equipped with plenty of gear sets and access to in-game shops to tilt the survival odds in a player’s favor.

What are your thoughts on the 10 best in-game builds in Minecraft? Let us know your opinions in the comments below!