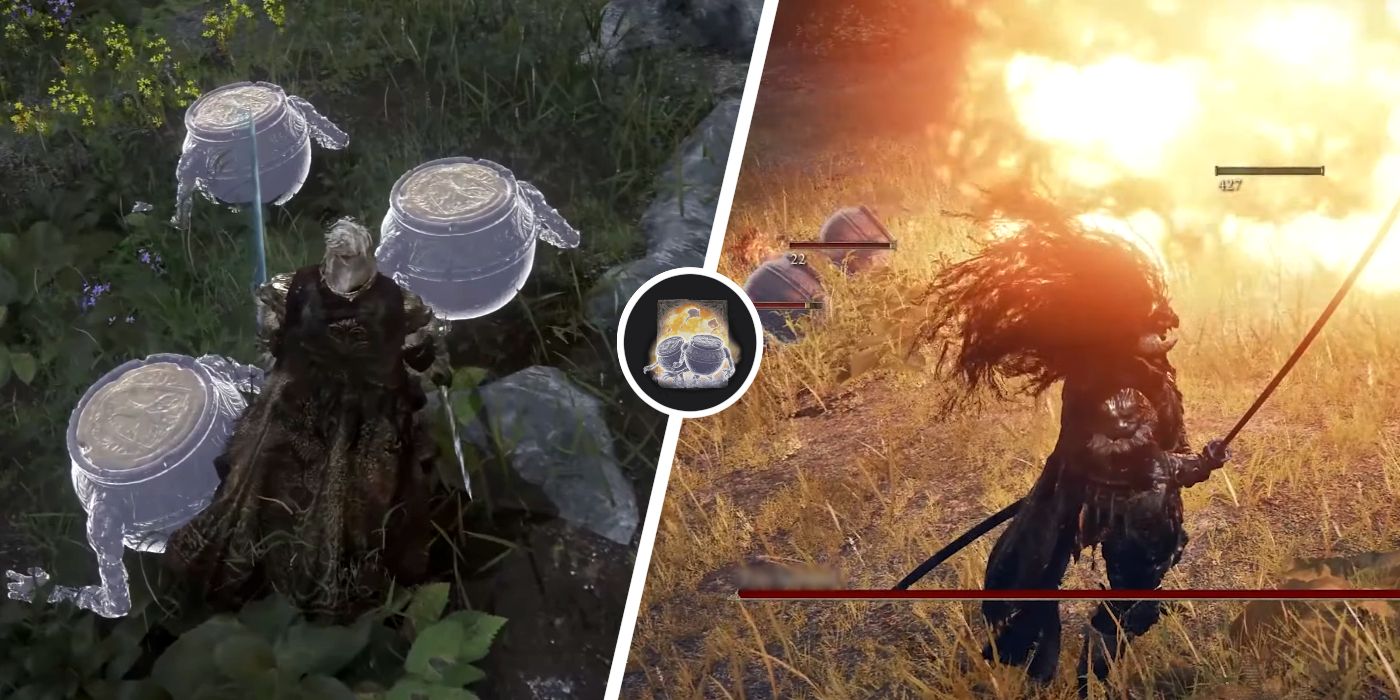 
To get the courageous and adorable Soldjars of Fortune Ashes in Elden Ring, Tarnished pilgrims must brave a maze-like Dungeon in East Altus Plateau.

The Soldjars of Fortune Ashes is a Summon in Elden Ring that conjures the Spirits of three brave small Living Jars, who fearlessly throw themselves into battle and explode upon death. The performance of the Soldjars is unfortunately jarring, as the explosion of one results in the demise of all three since they are highly susceptible to fire. Nevertheless, these three valiant companion spirits in Elden Ring are more than just a purposeless pun, as the community has come to cherish this lovable sort of Spirit Ashes.

For clarification, the Soldjars of Fortune Ashes in Elden Ring are more of a tool for moral support since the Living Jars’ combative ability is somewhat ineffective. Yet, their endearing design and inspiring, courageous spirit can make the despair of weathering the Lands Between slightly less oppressive. In other words, most Tarnished will likely collect the Soldjars as a keepsake for characters like Iron Fist Alexander and the bravery of his kind.

Related: Elden Ring: How To Get All Eye Alterations

To get the Soldjars of Fortune Ashes in Elden Ring, adventurers must defeat the boss of the labyrinthian Dungeon known as the Auriza Side Tomb. This Dungeon is located in the northeastern corner outside Leyndell, Royal Capital. Tarnished can reach this location by following the eastern trail near the Outer Wall Battleground Site of Grace. However, instead of going towards the Draconic Tree Sentinel, adventurers must head down to the moat on the right. This path goes beneath the Capital Rampart and leads to Auriza Hero’s Grave in the south and the Auriza Side Tomb in the north.

Finding The Soldjars of Fortune Ashes In Elden Ring

Starting from the Dungeon’s Site of Grace, continue down the corridors until reaching the first main intersecting area. Head through the window on the left and drop to the floor below. Go into the doorway on the left and down the stairwell to the marshy basement. Turn right and use the Transportation Trap Chest at the back of the chamber to access the basement’s opposite side. On the right, players will find a ladder leading to a lever that unlocks the boss room near the Dungeon’s entrance.

Next, Tarnished will need to defeat a Grave Warden Duelist accompanied by several small Living Jars. This boss is equipped with two chained hammers, which might surprise adventurers with their extended reach. The Jar minions can be safely ignored for the duration of the fight. To slay the boss, circle around the enemy while attacking. The Grave Warden Duelist has high Poise but is susceptible to backstabs due to its slow movement. Once defeated, it will drop the Soldjars of Fortune Spirit Ashes in Elden Ring.

The Worst Choices You Can Make In Elden Ring

Ethan is an American from California and holds a double-major degree in Business Admin. and Media & Comm. While adept in writing a variety of articles, he currently focuses on writing game guides for Screen Rant. He has a lifelong purpose of conquering his Steam backlog someday.