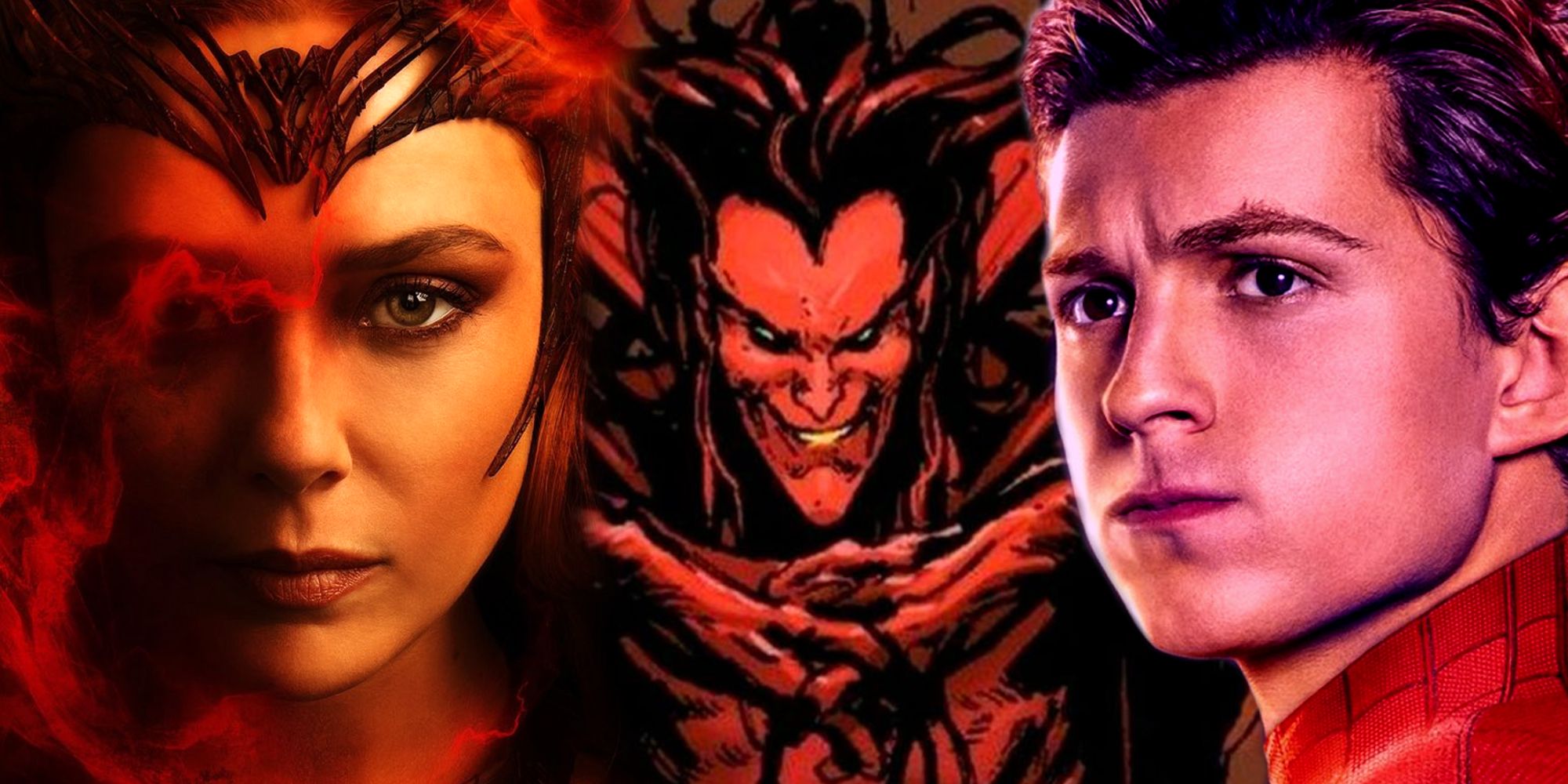 
Mephisto’s MCU debut could retroactively confirm that the infamous Phase 4 fan theories involving Marvel’s Devil were correct all along.

Every previously debunked fan theory about Mephisto could be proved right when the MCU’s Devil is actually introduced. Mephisto, being one of the biggest villains in Marvel comics, has been the protagonist of several Phase 4 fan theories. He was initially thought to be the real villain behind the events of WandaVision, hiding as Agatha Harkness’s bunny Señor Scratchy, her off-screen husband Ralph, or Evan Peters’ fake Pietro. Then, the Devil’s imagery in the Loki trailers suggested that Mephisto was behind the TVA, and before Spider-Man: No Way Home was released, early fan theories proposed the idea of Mephisto as the entity Peter Parker went to for a solution to his secret identity issues.

There is a reason why Mephisto is such a popular character in MCU fan theories. In the comics, Mephisto has played a role in countless Marvel events throughout the centuries, from the birth of the Infinity Stones to the creation of the first Ghost Rider, the formation of the Stone Age Avengers, WWII, the death of Doctor Doom’s mother, Norman Osborn’s transformation into the Green Goblin, and Doctor Octopus’ recovery of his original body. Most importantly, Scarlet Witch used part of Mephisto’s soul to give birth to Tommy and Billy Maximoff, and the demon allowed Peter Parker to erase his secret identity from public knowledge.

All the MCU fan theories involving Mephisto have been debunked and subsequently mocked for their persistence. However, Mephisto’s MCU introduction can retroactively confirm the theories that so many have already discarded. Mephisto’s MCU debut could reveal that he actually had a hand in the birth (and disappearance) of Scarlet Witch’s twin sons, Kang’s conquest of the multiverse, and Doctor Strange’s botched spells — clarifying that he was clever enough to avoid being caught. This would go in line with Mephisto’s mischievous personality, as he tends to influence history in secret for his own entertainment.

Mephisto’s arrival is realistically only a matter of time. The dark corner of the MCU, pioneered by movies and shows such as Moon Knight, Doctor Strange in the Multiverse of Madness, Blade, and the upcoming Disney+ Halloween special, may precede a Ghost Rider movie or series, where Johnny Blaze or Robbie Reyes could receive the Spirit of Vengeance from Mephisto. While Mephisto’s MCU debut can reveal that he’s just awakened after eons of sleep, or that he hid in the shadows for millennia, it would be more interesting to learn that the most infamous MCU fan theories were right all along, at least in part.

The biggest risk with this revelation would be stretching the logic of the stories told in WandaVision, Loki, and Spider-Man: No Way Home just to make the retcon work, which could in turn weaken the impact of already established events. But if future MCU installments find a way to make good use of past fan theories, Mephisto’s MCU introduction would be unforgettable. Much like in the comics, Mephisto‘s presence in the MCU can never truly be disproven.

More: MCU Theory: Why The Eternals Weren’t In Infinity War Or Endgame

Nicolas Ayala is a writer with a passion for blockbusters and big-screen adaptations. He loves all things Marvel, DCEU, and wacky comedies. The cheesier the movie, the better.

When not writing, he’s probably coming up with new ideas for the next writing sessions.