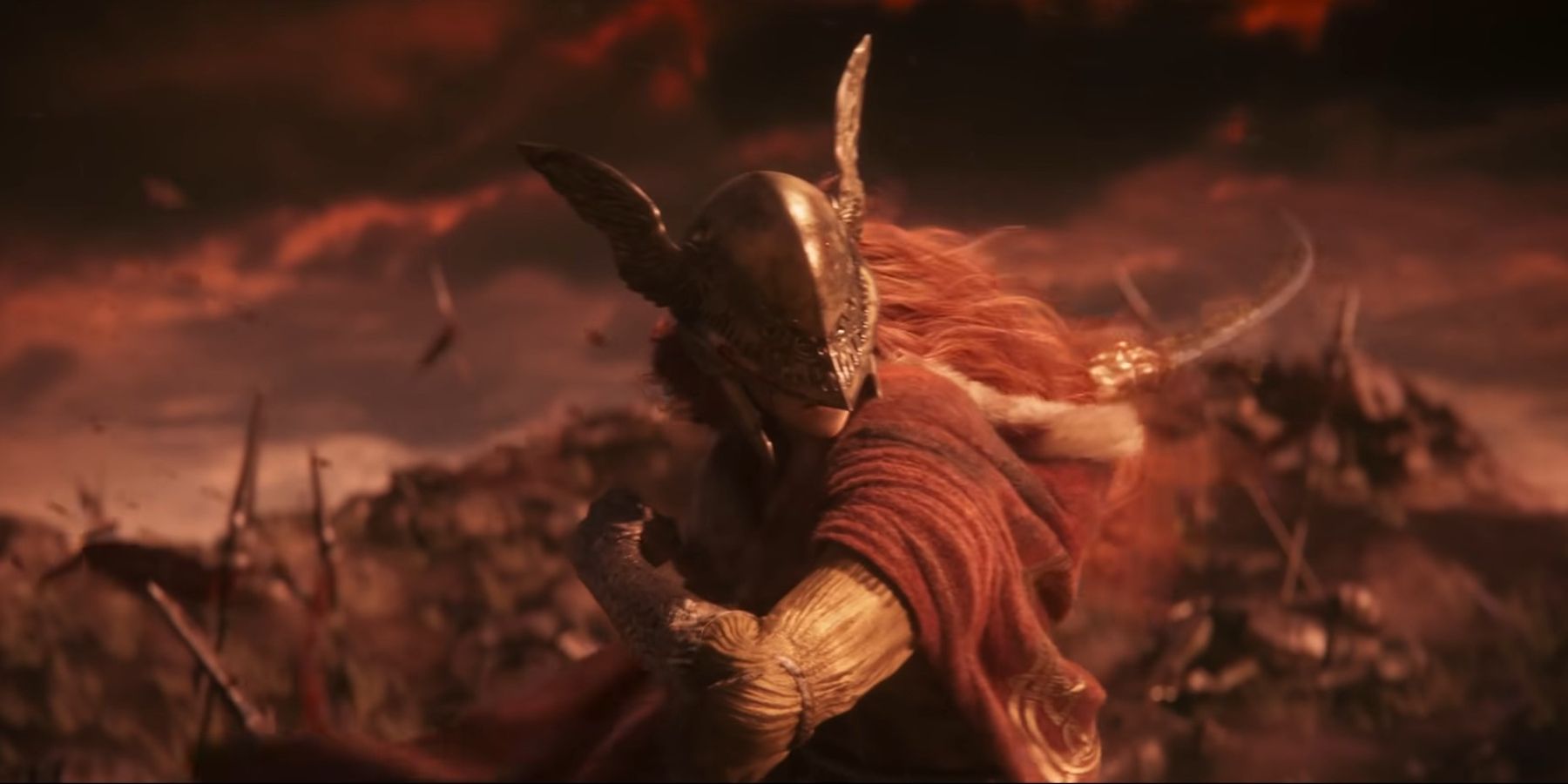 
An Elden Ring fan creates a mod that allows players to summon the legendary player Let Me Solo Her anywhere in the game to help them.

Let Me Solo Her continues to be a celebrity in the Elden Ring community. The player has been helping others defeat one of the hardest bosses in the game in nothing more than his underwear. He definitely has cemented his place in the world of Elden Ring.

Players were only able to summon Let Me Solo Her for the fight against Malenia in Elden Ring. He was not available for any other fight in the game, meaning players were not able to take his skills into other battles.

Now he can be summoned for any battle thanks to an Elden Ring mod. A modder who goes by the name Garden of Eyes has created a way to allow players to summon Let Me Solo Her wherever they need him. This allows gamers to take him everywhere they go, even into the arenas of other bosses.

Garden of Eyes’ mod replaces the Lone Wolf Ashes with Let Me Solo Her. Whenever a gamer uses the item with this mod, the legendary player will be summoned instead of the wolves. This allows gamers to have Let Me Solo Her as aid against any of Elden Ring’s bosses. The summon does an excellent job of emulating Let Me Solo Her’s ability, as it seems to be able to handle the game’s other bosses without much trouble. Programming him to be so strong makes the mod a great tribute, as it does a good job at capturing one of the aspects that makes Let Me Solo Her such a legend.

Gamers can gain access to the Let Me Solo Her mod through Garden of Eyes’ Patreon page. The mod is available through the second membership level, which costs $5 a month. This subscription also grants access to all the creator’s other mods, as well as a number of perks such as access to a private Discord server and exclusive in-game wallpapers and screenshots. There are two other membership levels, but the bottom tier subscription does not come with the Let Me Solo Her mod.

The myth of Let Me Solo Her began when a Redditor told a story of a player they summoned who wore nothing but a jar on his head to help against Malenia. At first, gamers did not have any idea whether the story was true. As time went on, more and more gamers ran into Let Me Solo Her, with the player eventually outing themselves as KleinTsuboiOW. Since then, KleinTsuboiOW has helped a number of players take on Malenia. Since revealing himself, a number of fans have created art pieces celebrating Let Me Solo Her, helping immortalize him in the Elden Ring community.


Grand Theft Auto 6 Should Bring Players to The Midwest