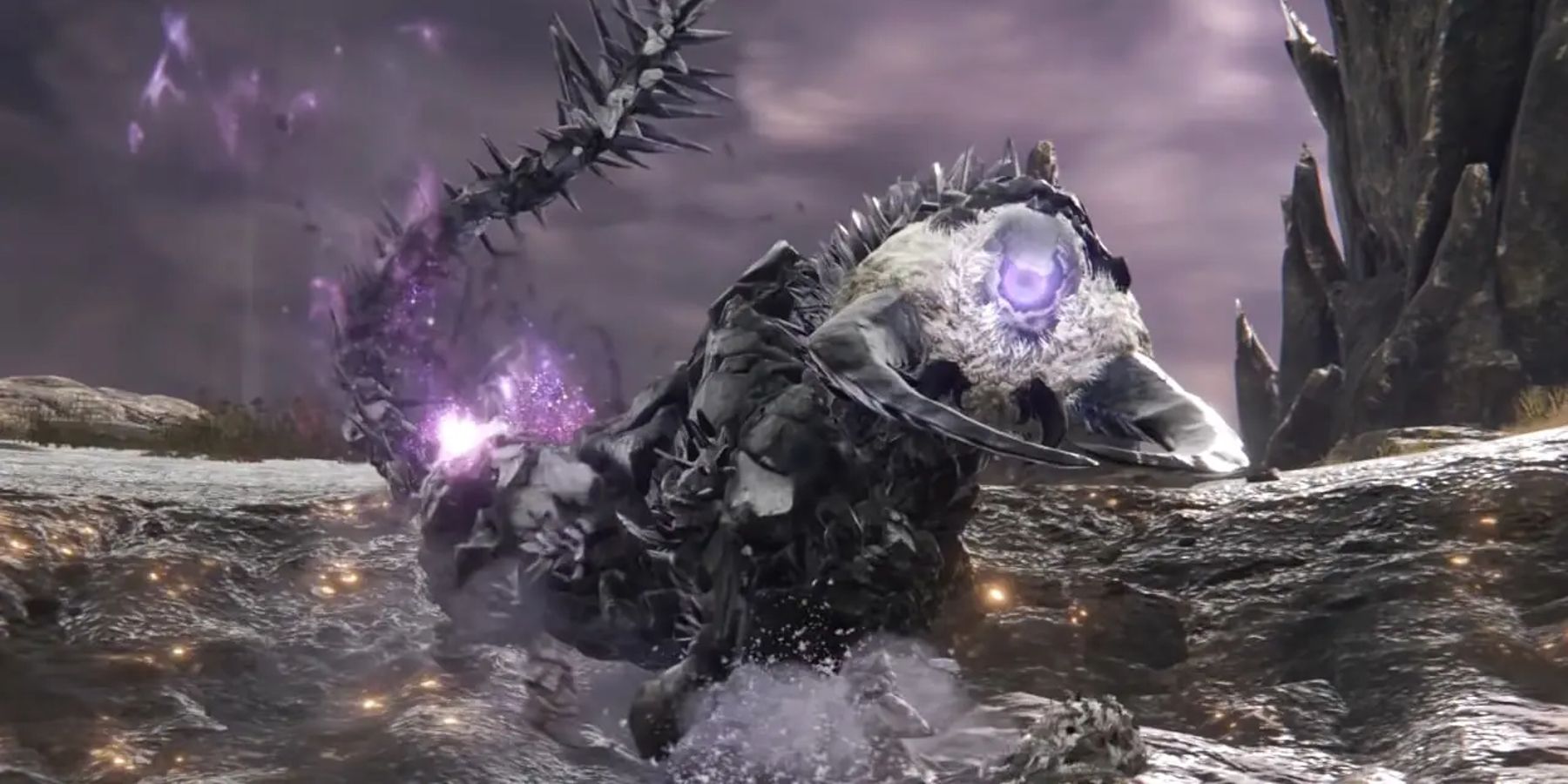 
Elden Ring is currently one of the most popular video games in the world. It was developed by FromSoftware, which has previously worked on Dark Souls, Bloodborne, and Sekiro: Shadows Die Twice. There are a lot of reasons why players are enjoying it so much, with one of the biggest being the thrill of battling against Elden Ring‘s incredibly challenging bosses.

As Reddit user, haecker094, battled against Full-Grown Fallingstar Beast, they were almost killed after taking out half of the boss’ HP. They used a Flask of Crimson Tears to heal before Full-Grown Fallingstar Beast attacked them again with a powerful move that would have defeated haecker094 if they hadn’t regained their HP. Instead, the attack knocked the player off the field they fought on.

As haecker094 fell down the side of the cliff, they landed on a small ledge that was slightly larger than their character. If they hadn’t, they would have fell to their death and would have to start the fight all over again. However, they summoned Torrent, the horse that players ride around on as they travel around Elden Ring‘s beautiful open world, known as the Lands Between, and climbed down the escarpment of the cliff, landing on a Spirit Spring Jumping spot, which they used to get back to Full-Grown Fallingstar Beast.

Since the clip ended there, many other Reddit users wondered if haecker094 won the battle against Full-Grown Fallingstar Beast or not, especially since they didn’t use another Flask of Crimson Tears before using the Spirit Spring Jumping spot to get back into the fight. The Reddit user told them they were able to fight the boss for a bit more but ultimately died before beating it in another attempt.

Many other fans that have seen the clip thought that it was awesome and were impressed by haecker094, while others told similar stories about their encounters with Full-Grown Fallingstar Beast. As more Elden Ring players fight against this boss, they will surely have their own amazing clips to share, whether they win the battle or are saved by the small ledge that helped haecker094 out.

Kit Morris is a news and list writer. He has been playing video games and writing for as long as he can remember. Some of his favorite games and series include The Last of Us, Kingdom Hearts, The World Ends With You, Super Mario, Overwatch, What Remains of Edith Finch, and Minecraft. He sometimes streams on Twitch as BadGamerKit.