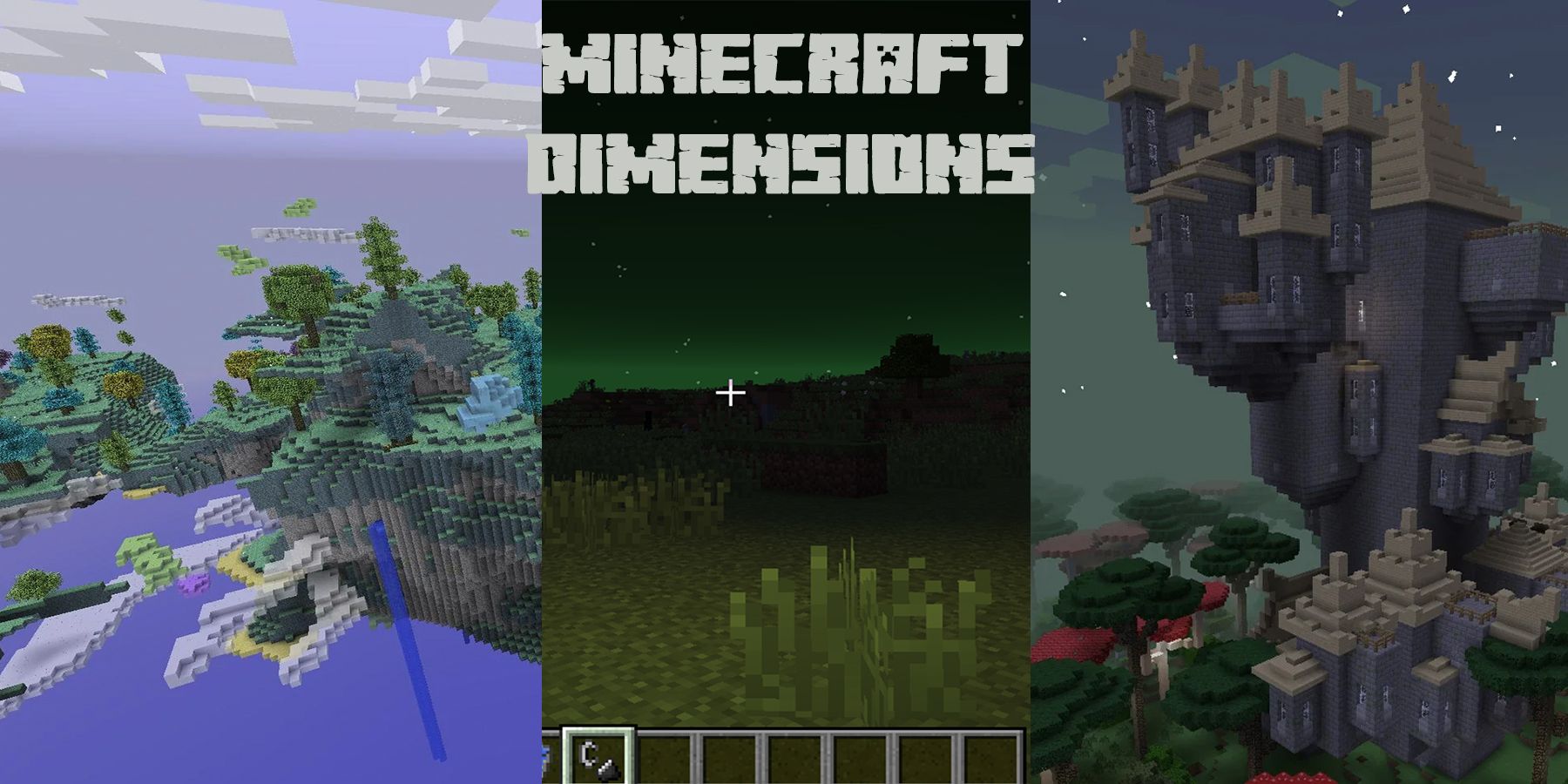 
Minecraft is a constantly evolving game with updates adding tons of content and often changing the way fans play. While a majority of Minecraft takes place in the Overworld dimension, the other two; the Nether and the End; offer a progression system that fans can aim to complete. Since the Nether has already received a major makeover, it stands to reason that the End will receive the same treatment. However, after this potential End update, Mojang will need to break out and introduce a new dimension to explore. It has a perfect resource to use as inspiration.

One of the many things that make Minecraft fun and engaging is the involvement of its community. Over the years, the Minecraft community has continued to create and release new mods for the game, providing tons of added content and hours of fun. Some of these mods add new dimensions to the game, which should serve as an example to Mojang.

Mobs are an important part of Minecraft, not only to give players a challenge, but also because they drop a lot of useful loot. The Hunting Dimension mod, created by DarkhaxDev, adds a dimension that is always dark to allow for maximum spawning, and restricts spawns to only hostile mobs. The increased number of hostile mobs makes it great for players looking for resources like gunpowder or eyes of ender.

The best part of the Hunting Dimension is that mob drop rates are increased, so this improves the chances of players getting the drops they need. Incorporating this dimension into Minecraft’s base game would give fans a better place to farm mobs, and improve the efficiency of farms thanks to the lack of light. A Hunting Dimension would potentially be a perfect place for players to visit in the late game, with a new mob boss or some variants of the current mobs.

The Hunting Dimension by DarkhaxDev can be downloaded here.

The Floating Lands: The Aether Dimension

By progressing through the Nether and the End dimensions, players ultimately receive elytra: a pair of wings that lets the player glide through the air. This makes getting around the three dimensions quick, yet outside the End these elytra are heavily underutilized due to the design of the dimensions. To improve the importance of elytra, Mojang should consider including something similar to The Aether Dimension mod by GildedGames, which adds a floating dimension located above the Overworld’s sky limit.

The most useful feature that Mojang should include from this mod is the fact that if players glide off the many floating islands in the Aether, they will end up in the sky of the Overworld dimension. The floating islands make use of the elytra essential, and will require players to progress through the End to truly explore this new dimension. Mojang’s Aether could also host new structures with dungeons or loot, and could feature an upgrade for the elytra that would increase its gliding range.

The Aether Dimension by GildedGames can be downloaded here.

For fans of fantasy settings, the Twilight Forest by Benimatic is a perfect mod to explore a huge forest world filled with castles, monsters, and dungeons. Throughout the world, players can find new animals, variants of mobs, broken houses that have mob spawners, and giant hollow trees in which to set up a base. The Twilight Forest is perfect for fans who like to explore and take on multiple tough bosses to gain control over giant structures.

The Twilight Forest by Benimatic can be downloaded here.

The Nether and the End started out as large desolate lands until the Nether Update added more biomes and features to the landscape. In this way, Atum 2 by Shadowclaimer stays true to the Minecraft formula of creating dimensions by starting with a blank canvas and adding more through updates. Atum 2 gives players an endless desert with a constant sandstorm obstructing their vision, which makes exploring the dimension both thrilling and terrifying.

Atum 2’s desert world would be a perfect dimension for Minecraft, as it would give Mojang a chance to make meaningful changes over time. The vast desert is a perfect playground for people looking for a challenge, and the new resources in this mod would add more weapon and armor types.

Atum 2 by Shadowclaimer can be downloaded here.

Any future Minecraft dimension has to be more than just a new world to explore. Instead, it has to offer a new way of playing and a reason to visit. Whether it is through multiple new blocks required for progression, or by offering loads of loot that would usually take hours of mining, these dimensions need to be exciting and packed with opportunities. Mods have given Mojang a chance to see what the community is interested in. As Mojang continues to apply updates to Minecraft’s current dimensions, it should also look at the many mods available to find inspiration for something new.

Minecraft is available now for PC, PS4, Switch, and Xbox One.

MORE: Minecraft: The Wild Update is a Great Opportunity to Add New Potions