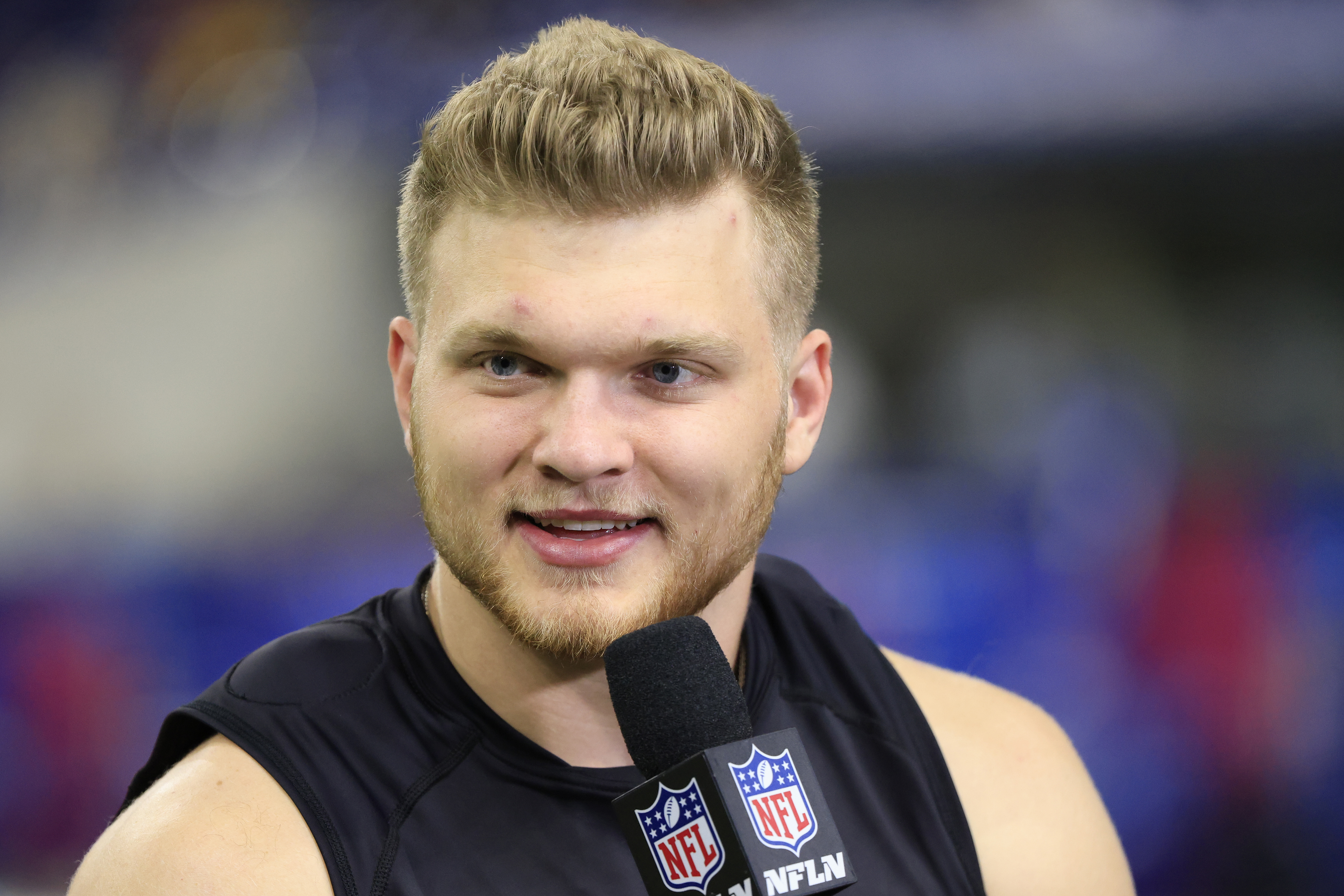 Aidan Hutchinson wants to be the No. 1 pick in Thursday’s NFL draft. But it is far from the most important thing.

“I don’t think it’s that important,” he told Bleacher Report. “I think for sure it’d be cool to look back on it and say I was the No. 1 pick, but as long as I’m put in the right scheme and put in the best possible position to succeed, I can’t be mad about anywhere I go.”

While Georgia’s Travon Walker may be the one the Jacksonville Jaguars end up choosing with that first pick, Hutchinson put himself firmly in the discussion with his breakout final season at Michigan.

B/R’s NFL Scouting Department projected him as the first pick in its April 1 mock draft while suggesting he would be a “nasty pairing” with fellow pass-rusher Josh Allen because his “power, quickness and high-level hand usage” pairs well with Allen’s speed and burst.

That Hutchinson has received No. 1 pick buzz underscores just how quickly he used that skill set to ascend as a draft prospect.

Expectations were high when he arrived at Michigan as a 4-star prospect in the class of 2018, per 247Sports’ composite rankings, but he posted just 3.5 sacks in his first three years combined. He also underwent surgery for a fractured leg and was something of a question mark heading into the 2021 campaign.

He answered those questions in emphatic fashion.

“What stands out to me the most is I did what I said I was going to do,” he said when reflecting back on his college career. “Especially coming back, I hadn’t done a whole lot in my first three years. I really kind of made it my goal to come back and beat Ohio State and win that Big Ten championship. When I think of my career, I really called my shot and achieved everything I wanted to individually but also as a team for sure.”

Winning like that brings teams together on the field, but playing Call of Duty helps Hutchinson stay close to his teammates off it.

That’s why he jumped at the chance to partner with the video game franchise he has always loved.

So what would happen if NFL teams were drafting based on Call of Duty skills instead of football ability on Thursday?

Hutchinson did more than just thrive as a Call of Duty player when it came to his final season with the Wolverines. He also put enough on film to be considered arguably the best college football player heading into this draft.

B/R’s scouting report highlighted his ability to recognize and then play against the run all while maintaining his prowess as an explosive and powerful pass-rusher. That combination gives him “Pro Bowl potential” and will surely help him start as an immediate contributor wherever he ends up.

Hutchinson also pointed to his leadership when asked to sell himself as an NFL prospect with an elevator pitch.

While he has drawn comparisons to Pro Bowler Maxx Crosby, Hutchinson is more interested in becoming his own player than modeling his game after anyone else.

“People love doing those comparisons, but I think I’m pretty unique in what I do,” he said. “I think every player is a little bit different. I’m not too bought into the comparisons.”

But if he lives up to expectations, he will be one of those NFL greats who prospects are compared to down the line.