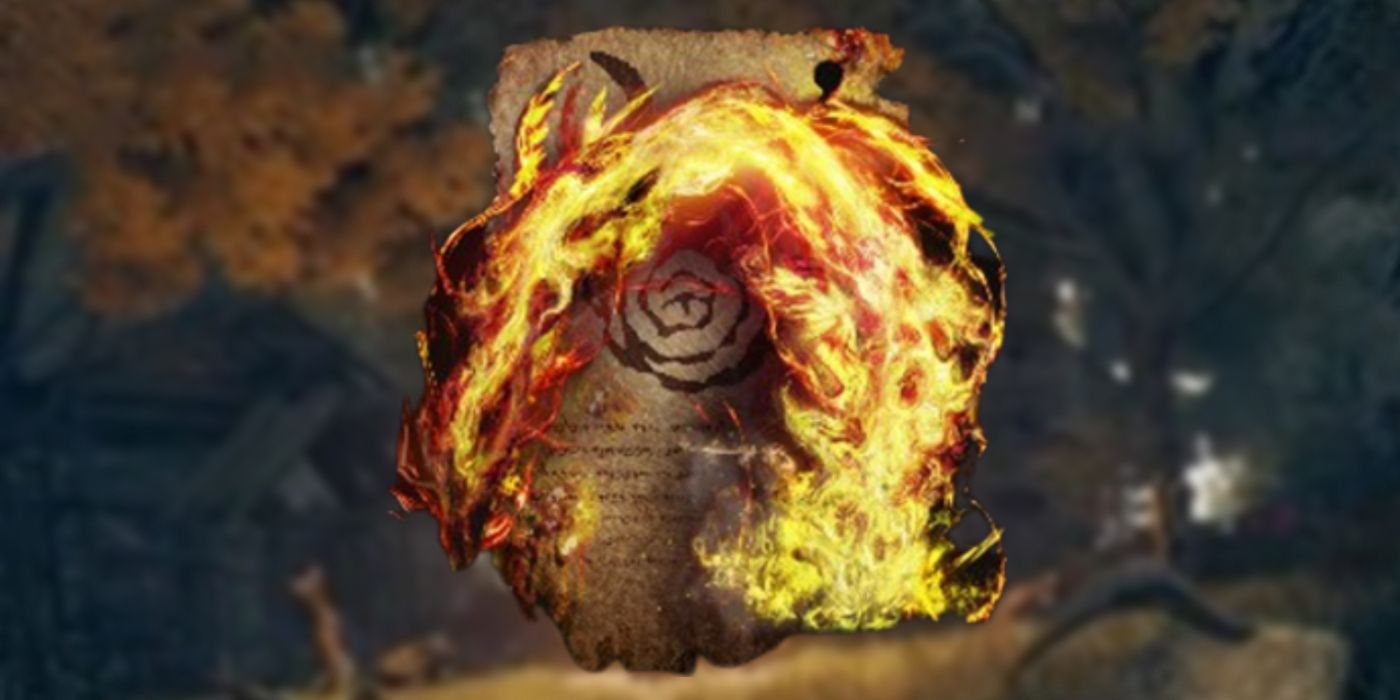 
The Ailing Village is overtaken with both rats and the Frenzied Flame, and it is likely that both of these infestations are related to one another.

Near the center of Elden Ring‘s southernmost region, the Wailing Peninsula, lies a rat- and Frenzied Flame-infested community known as the Ailing Village. Whether its people were ailing before these infestations or afterward ultimately isn’t terribly important, for its obvious that they are in great pain by the time players find them. Each person and rat there has been driven mad by the Frenzied Flame.

Indeed, Flame of Frenzy inflicts madness onto those it graces. Controlled by an Outer God and the Maddening Three Fingers, the Flame of Frenzy is a force that seeks to destroy all of the world to return it to what it once was, a singular substance known as the Crucible – what built the world of Elden Ring. While the Frenzied Flame is capable of destroying everything, it does not always utilize this power. Instead, it drives those it infects to worship it and embrace its power and mission, something that is clearly seen in another Elden Ring community known as Frenzied Flame Village.

The comparison between Ailing Village and Frenzied Flame Village is an apt one, for both worship the Frenzied Flame and were afflicted by it because of outsiders. While the latter was more clearly infected because of Fingerprint Vyke’s presence, the former could have been infected because of the swarm of rats that took over the community. This is because the Three Fingers live deep beneath the surface of the Lands Between, presumably in much the same way as rats, whose in-game description says they enjoy living in the underground dungeons of Elden Ring – much like the one right next to Ailing Village, Morne Tunnel. Thus, it is likely that the rats became infected with the Frenzied Flame while underground and then infected Ailing Village with it.

The Underground Infection Of Ailing Village In Elden Ring

The theory of the rats infecting the Ailing Village is supported by the main den of the rats being the town’s church, the Callu Baptismal Church. Based off of the Marika shrine, this church was once meant for the worship of the Golden Order, the opposite force of the Frenzied Flame. That the infected rats primarily congregate in this area metaphorically suggests they are responsible for swaying the villagers away from Grace and literally suggests they infected worshippers here. This is mirrored in Elden Ring‘s Frenzied Flame Village, where Vyke is located in the Church of Inhibition.

Furthermore, the Eye of Yelough plants and the presence of other underground creatures like the Slender Wayfarer suggests that the infection came from underground with the rats. This is because the Eye of Yelough plants – which are related to Frenzied Flame infection – are literally growing from the soil of the Ailing Village, meaning the grounds upon which it stands are afflicted with madness. The presence of the Slender Wayfarer only solidifies that Ailing Village’s plight is related to what lies beneath it. It’s also possible that Elden Ring‘s Ailing Village was infected by rats who received the Frenzied Flame from another source (perhaps from eating the Eye of Yelough), but the end result seems either way to have been inevitable.

Next: You Haven’t Found Everything In Elden Ring Yet