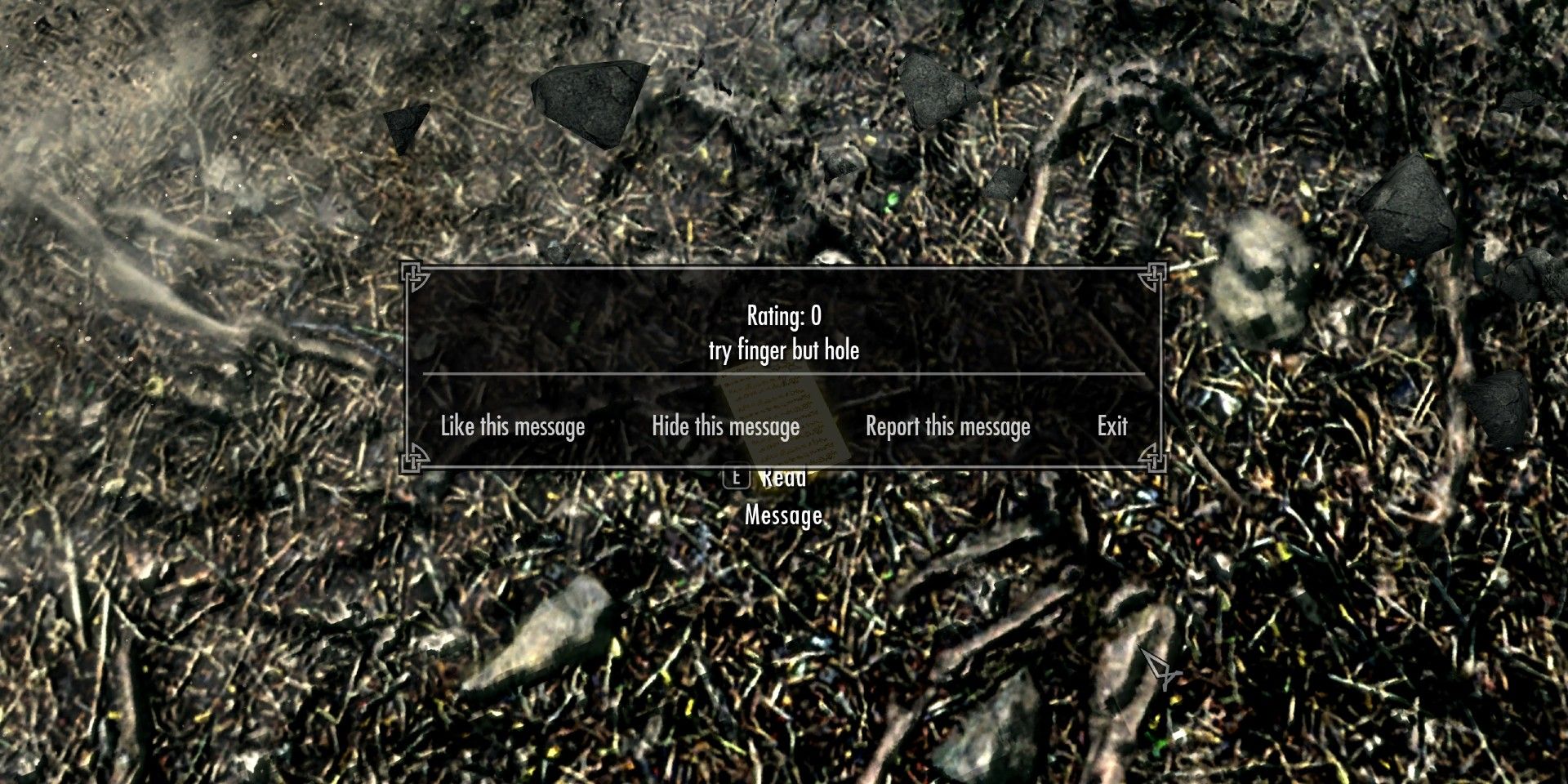 
Thanks to a new mod, The Elder Scrolls V: Skyrim players can post and read custom notes through an Elden Ring-inspired online messaging system.

The popular and meme-generating messaging system of Elden Ring has just been added to The Elder Scrolls 5: Skyrim courtesy of a new mod. FromSoftware’s latest action-RPG is one that incorporates many elements of the studio’s previous releases, including difficult combat and non-traditional multiplayer systems.

Despite the fact that Elden Ring is easy to 100% compared to other FromSoftware games, it is by no means an unchallenging experience. The signature level of difficulty that players have come to expect from this famous Japanese developer is on full display in this title, and many gamers will find themselves leaning on Elden Ring‘s multiplayer functions to get past its many environments and bosses. Perhaps the most useful way that this multiplayer is implemented is through summons, which allow players to enlist the help of other Tarnished in combat. However, the game’s messaging system can also be a great boon, as fellow players will leave behind hints for puzzles, finding hidden objects, and beating certain bosses.

Although Bethesda’s 2011 RPG Skyrim launched with no such messaging feature, it looks to have received it nonetheless thanks to a mod from NexusMods user TommInfinite (via VG247). Just like a recent mod for Fallout: New Vegas, Skyrim players who download this file will be able to leave behind messages for their fellow players. Unlike Elden Ring‘s system, this mod lets players write whatever they choose, rather than combining words and phrases from a predetermined list. The plugin also includes a rating system that supposedly functions in a similar manner as Elden Ring‘s.

While some hardcore Souls fans might feel that the looser restrictions of this system removes much of the mystery and charm of the original’s, it will undoubtedly help players be more clear and helpful towards one another. Skyrim is a considerably more digestible and straightforward experience than Elden Ring, but it is still filled with hidden details that an asynchronous messaging system can help elucidate. This is particularly true when it comes to Skyrim‘s secret-ridden towns like Whiterun, so this mod will certainly have a useful function.

It’s likely that Elden Ring will have a long-lasting impact on the gaming world, just as the Dark Souls series did. This impact can already be felt through things like mods that require a much shorter development time than full games, but larger projects may incorporate aspects of FromSoftware’s contemporary game design in the future. It’s even possible that the sequel to The Elder Scrolls 5: Skyrim will take some notes from Elden Ring.

Next: Elden Ring: Patches Is Even More Unique Than You Think