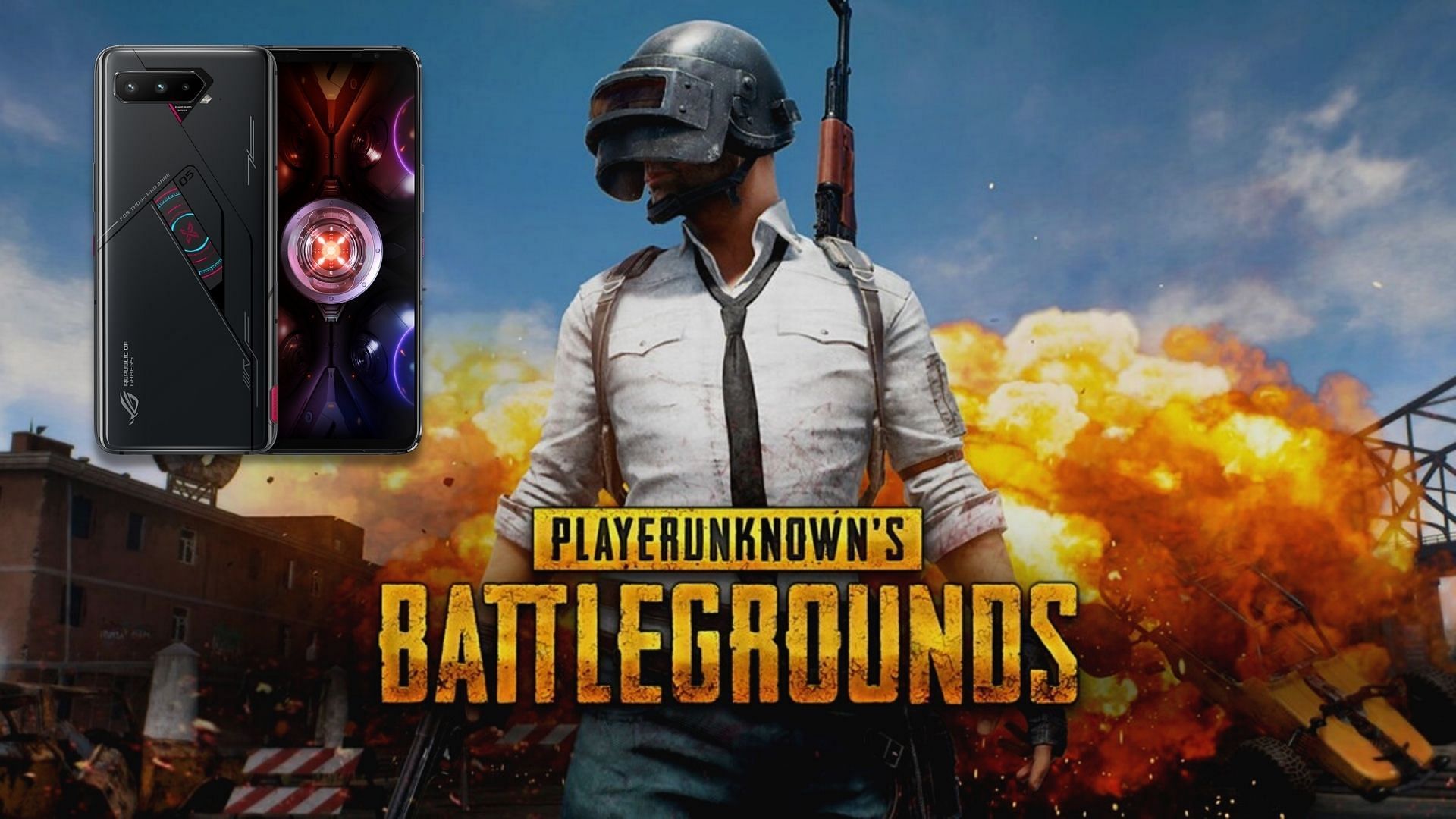 
PUBG Mobile is the mobile adaptation of the popular PC game PUBG or PlayerUnknown’s Battlegrounds. The smartphone iteration is quite a sensation in the mobile gaming segment, being one of the most popular titles ever.

In August 2021, PUBG Mobile was at its peak in mobile gaming, with over 1,120 million downloads. Mobile gamers majorly appeal to it thanks to its PC-level gameplay and mechanics at the convenience of their mobiles.

At the forefront of the budget mobile segment, PUBG Mobile is quite popular, thanks to its highly optimized framework. Regardless, if you want the best performance to stack maximum Chicken Dinners and prove your skills at the highest level, it is only valid to say that you need to invest in a mid to high-end smartphone.

Asus has been highly involved in providing some of the best mobile devices, especially for gaming needs. The ROG or Republic of Gamers brand should be your top-tier choice if gaming is your absolute priority.

We have compiled the following list of the best Asus phones for PUBG Mobile gaming, ranging from the ROG to their Zenfone brand.

The Asus ROG Phone 5s Pro is a premium phone in the ROG segment of Asus. The 5s Pro houses the Qualcomm Snapdragon 888+, a flagship-grade Snapdragon chip and predecessor to the 8 Gen 1.

With a touch sampling rate of 360 Hz, the phone has a 144 Hz refresh rate that outputs a blazing-fast 1ms response time. It has the added benefit of the ROG Vision rear matrix color display and AirTrigger 5, which give a competitive edge in games like PUBG Mobile.

We are extremely proud to announce that ROG Phone 5 Ultimate and ROG Phone 5 Pro won the 2022 Taiwan Excellence Award, a world-renowned design award. Cheers and thanks to all ROG Phone fans!

We are extremely proud to announce that ROG Phone 5 Ultimate and ROG Phone 5 Pro won the 2022 Taiwan Excellence Award, a world-renowned design award. Cheers and thanks to all ROG Phone fans! https://t.co/2jzMUr1Xlb

This device is a slightly cheaper alternative to the ROG Phone 5s Pro, with just the processor as a downgrade. That being said, it is not really a compromise.

The phone still has the octa-core Qualcomm Snapdragon 888, which is a force to be reckoned with. Apart from the general specifications, the ROG phone 5 Ultimate offers a distinctive white design that looks astonishingly premium and groovy.

The ROG series of phones are indisputably the go-to option for mobile gaming. However, fans should dive deep into the overall value proposition if they are willing to sport the gamer-centric design as their daily driver.

The Zenfone 8 nearly has the core specs of the ROG 5 series, with its Snapdragon 888 5G chipset, but at an overall diminished price.

It offers a clean flagship-level build and is a great purchase for those who want the perfect balance between a well-performing phone for gaming and a sleek-looking daily driver.

Some cons to note from a hardcore gamer’s perspective are that the battery life is average at best, reducing your gaming hours, and also that the screen size for you might be on the smaller end for gaming.

Been very impressed by the Asus ZenFone 8 Flip. ZenUI takes all the best bits of stock Android and slickens up the experience with gorgeous animations and transitions.

Been very impressed by the Asus ZenFone 8 Flip. ZenUI takes all the best bits of stock Android and slickens up the experience with gorgeous animations and transitions. https://t.co/DuBbY65BmJ

The Zenfone 8 Flip, right off the bat, has an acquisition that significantly appeals to mobile gamers: a clean notch-less display that enables distraction-free gaming. This is achieved through a camera module on its back that can be flipped on either side.

Gamers are mostly not super keen on their smartphone cameras, but if you appreciate a decent camera, rest assured the Zenfone 8 Flip does a great job in the camera segment. In terms of raw performance, it is just as good as some other offerings by Asus, with its Snapdragon 888 and judicious 8 GB RAM.

The device does have a 90 Hz screen, which might be a con to some. But for games like PUBG Mobile, 90 Hz is all you need.

If your choice is hard-stuck on a ROG phone, but you also don’t want to undertake the extra premium prices of the newest ROG Phone 5 series, the ROG Phone 3 is still a viable alternative. Coupled with a decent ANC headphone, the immersion will be next-level.

With the ROG Phone 3, you get the same goodies associated with a ROG phone but with a slightly inferior Snapdragon 865 Plus. You get the same thermal efficiency features, a 144 Hz monitor, and a mammoth 6000 mAh battery.

Overall, for PUBG Mobile, the ROG Phone 3, despite its redundant image, is a superb option for mobile gamers.

Note: This article is subjective and solely reflects the writer’s opinions.