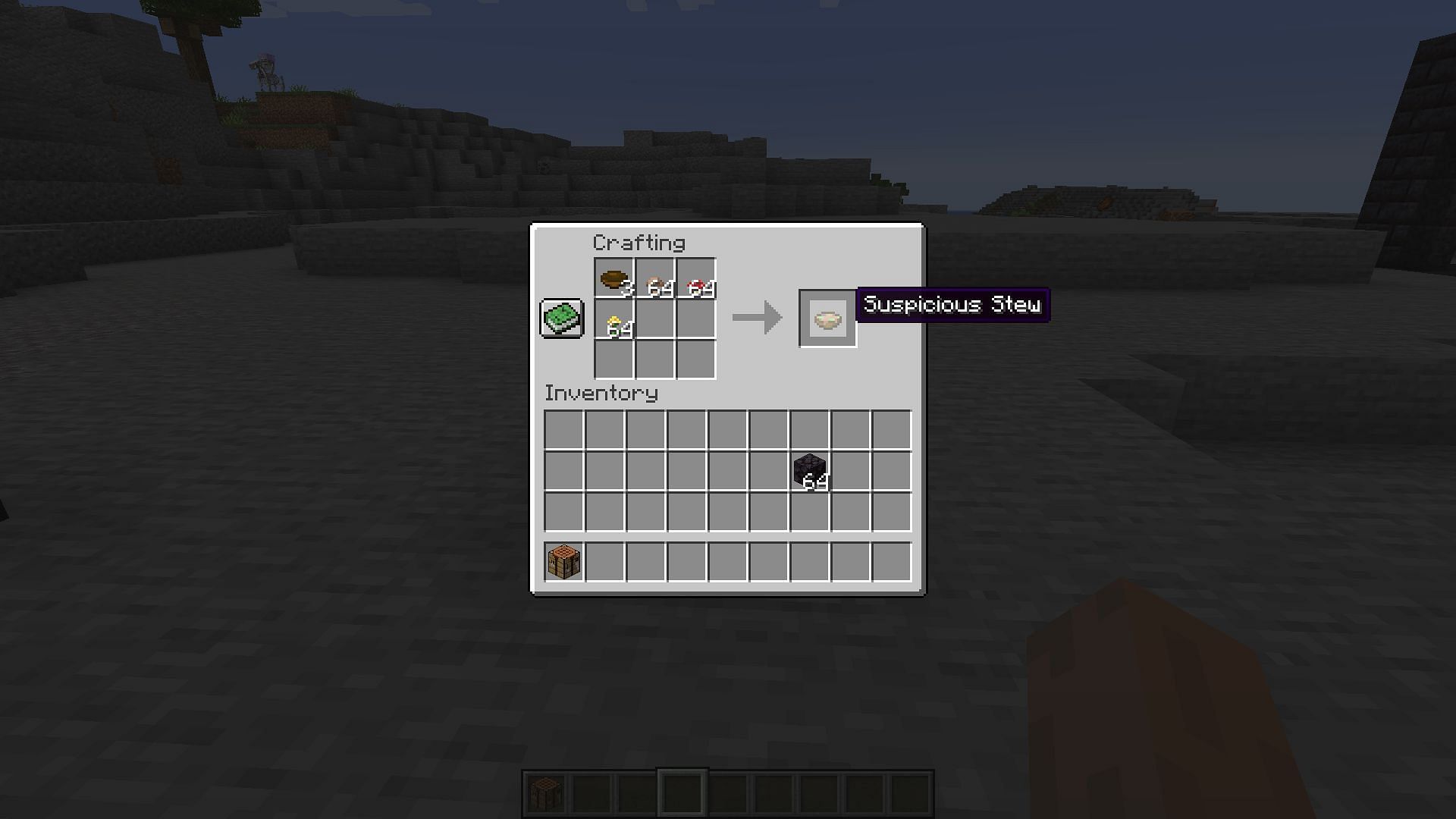 
Saturation in Minecraft has two sides. One of them is an actual active effect, similar to other effects such as regeneration or slow falling. The other kind of saturation is applied whenever a player eats food. Both saturations deal with how often the player needs to eat and can stave off the pain of starvation. These effects are characterized by a duration timer that players can see in their inventory.

While every single food item in the game will grant the kind of saturation that the game handles outside of the player’s vision, there is only one way to get the active saturation effect. This is done by consuming a very specific food item crafted in a very specific way. The item in question is suspicious stew.

What is suspicious stew?

Suspicious stew is a food item added in Bedrock 1.13 and Java 1.14. This food item is unique in that it can be crafted in several different ways. In addition, each way it can be crafted will grant the player a different active effect. Players can use one of ten different flowers when crafting the item, which is where the unique effects come from.

How to make saturation stew, and what benefit it grants players

Suspicious stew’s base recipe involves a wooden bowl, along with brown mushrooms, red mushrooms, and flowers. The active saturation effect is granted by the version of suspicious stew made from either a blue orchid or a dandelion.

The saturation effect is normally an instant effect that replenishes food and grants saturation based on the level. But since suspicious stew works over time, the effect is amplified. The effect grants one hunger point and two saturation points per tick of the effect.