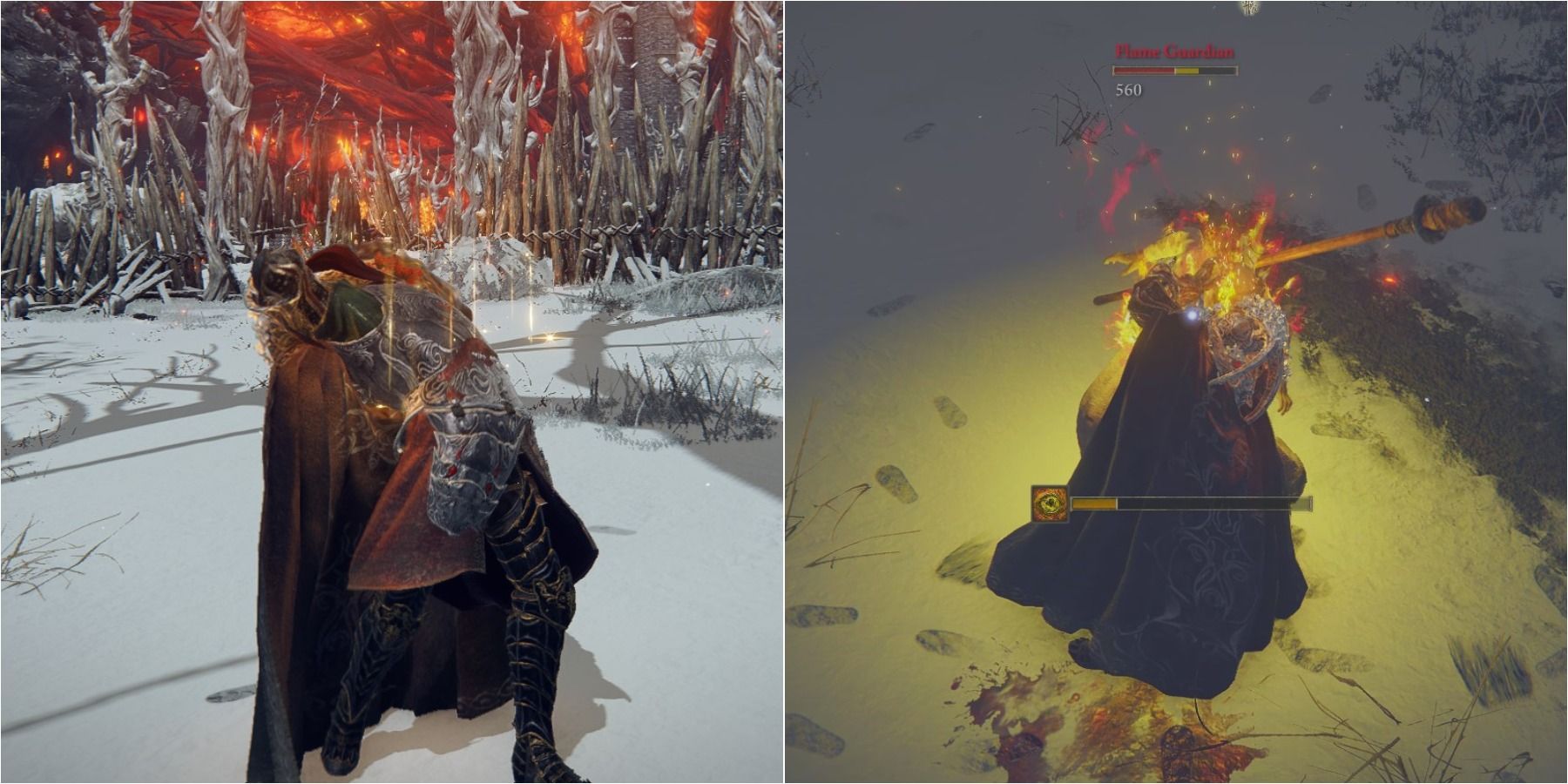 
Players could spend hours upon hours in Elden Ring simply testing out new and unique weapons they find. Tarnished are handsomely rewarded for their exploits across the Lands Between, with quest rewards, random mob drops, boss loot, and even hidden treasure chests. There are tons of weapons to find and collect, and that doesn’t even count the loads of Sorceries and Incantations scattered around the expansive map. Some of the Incantations, in particular, are pretty unique and offer up immense power for those that know how to use them correctly.

RELATED: Elden Ring: How To Get Death’s Poker

A great example of this is the Inescapable Frenzy Incantation, which packs a serious punch in PvP under the right circumstances, but still has its uses throughout Elden Ring‘s lengthy single-player experience. Those that are looking for something unique to punish their enemies should seek out this Madness-inducing ability. Here’s where players can find Inescapable Frenzy for themselves, and exactly what it’s capable of.

Where To Find The Inescapable Frenzy Incantation In Elden Ring

The path to obtaining the Inescapable Frenzy Incantation is long, to say the least. It’s in a zone that some players will miss entirely during their playthrough, as it’s buried deep beneath the Leyndell, Royal Capital. The punishing zone can give players absolute fits, but it’s filled to the brim with hidden areas and off-the-beaten-path loot. It even features a sprawling catacombs-like sewer deep below the city streets. Those that want to obtain the Inescapable Frenzy Incantation for themselves will need to head into the sewers of Leyndell, navigate them to the Subterranean Shunning-Grounds, then make it all the way to the bottom of the area to unlock the Forsaken Depths Site of Grace.

Once players have found the Forsaken Depths Site of Grace, they can head down the long staircase that leads down into the Cathedral of the Forsaken, where they will come face-to-face with Mohg, The Omen. Once the particularly difficult boss is defeated, players can rest at a new Site of Grace that appears just below the altar within the church. Behind this altar lies a secret passageway, that players can uncover if they strike the altar itself. Once the doorway has opened, players can continue down the hallway until reaching a room filled with corpses, and a long wooden beam jutting outward across a chasm filled with stone slabs and graves.

The Inescapable Frenzy Incantation is located at the bottom of this “jumping puzzle.” One wrong move can send players careening to the bottom, and it can be a bit awkward to jump to each “safety spot.” The video above shows a solid route for those struggling to make it to the bottom. Players that make it to the Inescapable Frenzy Incantation can also head around the pathway found near the spell to reach the Fingerprint Stone Shield.

What Does The Inescapable Frenzy Incantation Do?

This Frenzied Flame Incantation is one of the most unique spells in the game, allowing players to deal damage to multiple enemies by casting an Incantation that latches onto an enemy and then causes enemies nearby the marked target to receive Madness buildup. This makes it the perfect spell to combat groups of enemies or players that like to keep in proximity to one another. This spell only works on Tarnished, meaning it can only be used in PvP settings, or to combat NPC Invaders or named human foes.

What makes Inescapable Frenzy so strange is that it doesn’t use Incant Scaling to calculate its damage, and instead uses the Critical Damage of whatever weapon player’s have equipped in their right hand. What’s even more curious is that the damage ticks from Inescapable Frenzy are also capable of applying special effects like Bleed, Poison, and Sleep so long as players are carrying a weapon in their right hand that causes those effects to build up.


Petition To Remove Amber Heard From Aquaman 2 Is Blowing Up