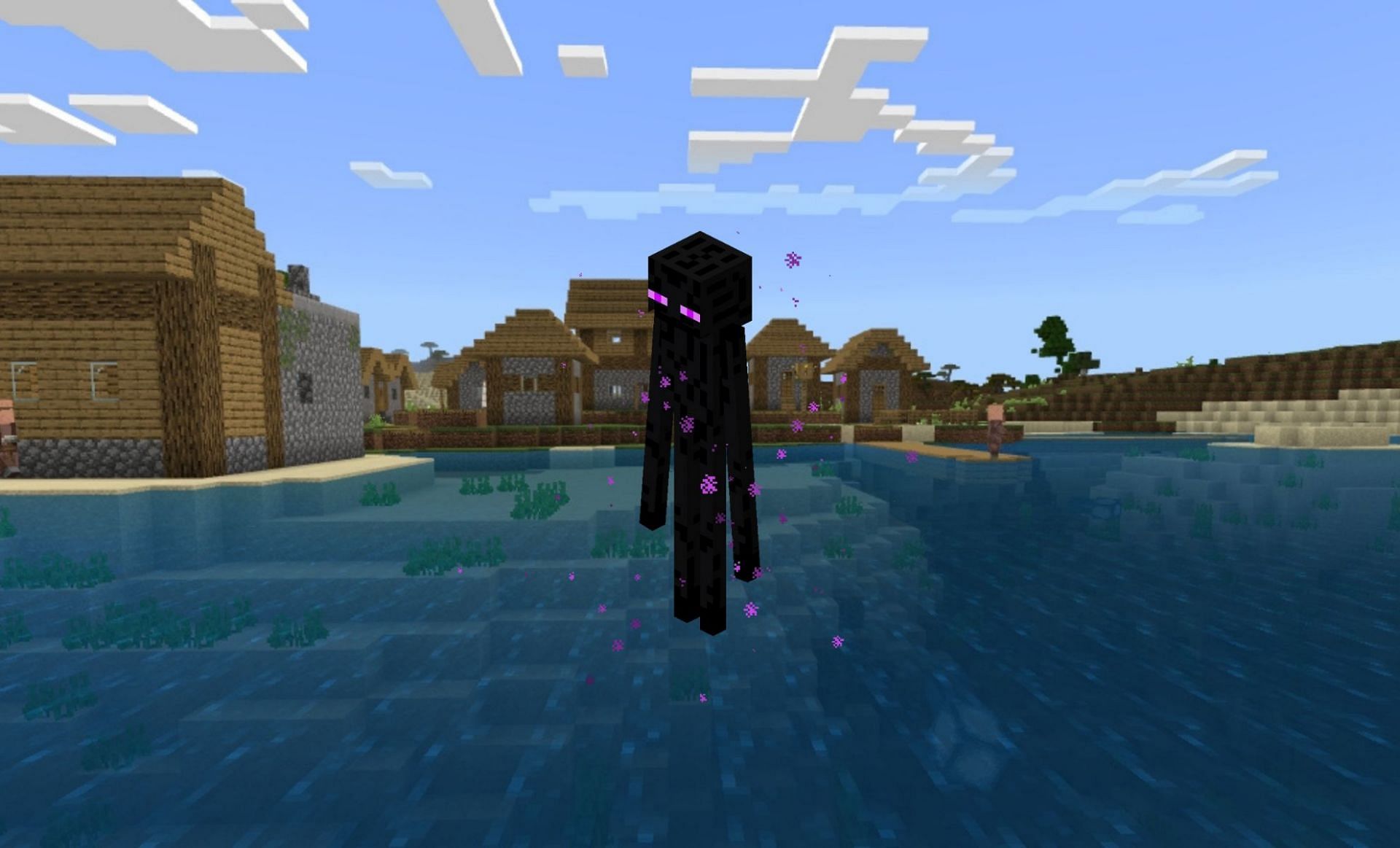 
In Minecraft, there are several fearsome and hostile mobs. Perhaps the most fearsome, aside from bosses like the Wither, Ender Dragon and the Warden, is the Enderman. Its ability to teleport makes it extremely challenging to kill. It can hit players and teleport away before they can even react.

Players can go inside their houses for safety, but the potential for the Enderman to teleport inside or remove blocks and walk in is always there. There are very few safe places to go to avoid Endermans, but there is one place they’ll never go.

If players are under attack from an Enderman, they need to find the nearest water source. If they’re in the water, Enderman will not attack. Many players may be wondering why this fearsome mob is so afraid of water. Here’s a potential answer.

The short answer is that they were coded this way. The developers decided to give them this seemingly random weakness for no discernible reason. They are the only mob that has such a weakness.

Thinking logically, the reason Endermans are afraid of water could be for balance. They’re already the most difficult hostile Minecraft mob to face, so perhaps their fear of water was added to nerf them a little bit.

It would be a little bit unfair if one hostile mob had the ability to deal significant damage, teleport away and then teleport back to deal more damage no matter where the player went.

Their fear of water allows Minecraft players one significant advantage over them, which can tip the scales back to their favor. In the lore, any explanation could be the right one.

Perhaps the early Enderman lost someone they cared about in a drowning accident. Maybe Enderman are just afraid of what’s in the water rather than the water itself.

One Minecraft Redditor, u/S-I-B-E-R-I-A-N, had a theory as to why they don’t like water. They believe it may be due to their home in the End, which has other items with similar abilities:

“I went to the middle of the ocean and ate a stack of chorus fruit in a 1×1, 3×3 and 5×5 area, and it never teleported me to a block that was bellow water level (in addition, i also tested this in the middle a river, just to make sure and same thing). My interpretation of this being that the endermen adopted this property of the chorus fruit by taking damage whenever they touched water (furthermore, i tested whether chorus fruit worked while raining and they did, so take my theory with a grain of salt).”

If you decide to venture into the end without a pumpkin on your head, make sure you bring a bucket of water as it can be used to keep enderman at bay. Just make sure not to put it too close to an edge or else it won’t help much. #Minecraft #MinecraftTips

If you decide to venture into the end without a pumpkin on your head, make sure you bring a bucket of water as it can be used to keep enderman at bay. Just make sure not to put it too close to an edge or else it won’t help much. #Minecraft #MinecraftTips https://t.co/ANSSLDsu9t

Whatever the reason, Mojang has remained silent on this and will likely never offer an in-game explanation. After all, there’s no telling why Creepers explode in the vicinity of a player or why baby zombies are so much faster than normal ones.