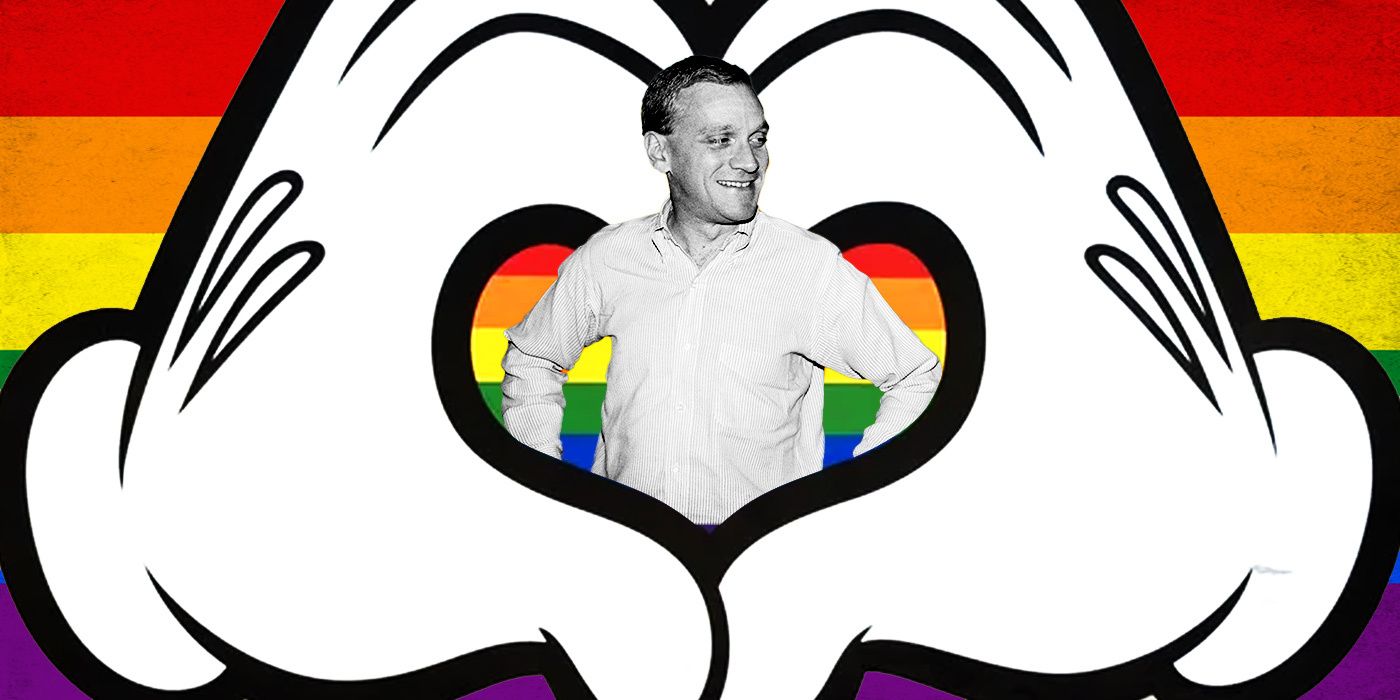 
Is there something outside yourself that has been part of your life for quite literally as long as you can remember? Something that throughout no phase or version of your life have you been without? Something that perhaps might make Lorelai and Rory Gilmore say, “It’s a lifestyle. It’s a religion.” Maybe it’s a book. Maybe it’s an actual religion. For me, that thing is Disney.

My mom got me started young; in the crib, that is. She grew up with Disney, and now I was going to grow up with it too. Unlike her generation, however, I had the distinct advantage of being born in the ‘90s, when Walt Disney Home Video was essentially the reigning queen of all family home entertainment. To be alive, even as an infant, during any part of the Disney Renaissance era was to experience the magic of Walt Disney Animation Studios at its finest: a time when music and lyrics that had once been reserved for the likes of Broadway were now gracing the screens of animated fairy tales and family films, defining not only a generation of childhoods but a generation of animation whose mark on popular culture would be everlasting.

RELATED: The 5 Greatest Disney Renaissance Animated Performances and the Animators Who Made Them

I wasn’t only raised on Disney Renaissance films, of course, since the advent of home video during that period allowed Disney classics from previous decades to be lovingly consumed again and again. (Seriously, my original Many Adventures of Winnie the Pooh VHS tape broke because I went through a phase of needing to watch it every single day.) I was poisoned by an apple in Snow White, rescued by three good fairies in Sleeping Beauty, catnapped by Edgar in The Aristocats, and charted course for the Devil’s Bayou with Bernard and Bianca in The Rescuers. There was no problem, large or small, that couldn’t be solved by sitting down and turning on a Disney film. I still feel this way, even as an adult: growing up on Disney was what jumpstarted my passion and enthusiasm for pop culture as a whole.

But no film by Disney manages to get under my skin every time more so than two, in particular, one of which singlehandedly launched what was known as the Disney Renaissance era in 1989: The Little Mermaid and Beauty and the Beast. Their vivid stories, characters, and imagery were enough to hypnotize me like any other Disney flick, but these were films that I seldom watched by myself—I needed an adult nearby to remind me that, to paraphrase Mrs. Potts, everything will turn out right in the end. But as I grew up and my passion for these films grew with me, I realized that it wasn’t always the sometimes-harsh imagery of the Beast locking up Belle’s dad or any visual of Ursula cackling that caused me to need a grownup around. It was because both of these stories allowed me to see a visual of myself reflected back, even if I didn’t understand it yet, and I needed someone I loved in the room to comfort me through the intense emotions the films brought about.

I was the kid who often enjoyed the previews on the Disney VHS tapes more than the films themselves, so I was always somewhat aware of the names Howard Ashman and Alan Menken. After all, it was their music, lyrics, and production that helped bring Mermaid, Beast, and Aladdin to life, and any piece of media retroactively promoting those films would be remiss without mentioning their contributions. But it would only be as an adult, one who often felt guilty for still passionately loving films—some made nearly a century ago—produced for children, that I would learn of Ashman’s influence on the Walt Disney Company and the Renaissance era in particular, and that he was a gay man who died of AIDS before he would live to see any of his success in action.

I believe now that my undying passion and devotion toward animated Disney films persists because it’s integral to my life as a queer person. Indeed, I don’t believe I would have gravitated as strongly to these animated features as a child nor would I continue loving them as much as an adult if they hadn’t provided me with a sense of comfort, ease, and understanding of myself that I’d always searched and yearned for. It’s a sentiment often expressed among grown queer people who were bullied as children; we always sought out pieces of media that not only subconsciously reflected ourselves but also felt like “just ours,” something that a bully’s words couldn’t take away. Disney’s films were certainly not just mine, having been loved by generations of children worldwide, but I’d come to believe that nothing very bad can happen to you while living within one. The Little Mermaid and Beauty and the Beast challenge this notion by forcing me to look at myself.

Ashman and Menken are the ones generally credited with molding together the zest of a Broadway musical and a Disney film, and nowhere is this felt more than in the two aforementioned classics. It’s not hard to find queer subtext in anything if you look hard enough, but it’s pretty much on full display in both these films. In The Little Mermaid, all Ariel wants is to be human and to understand the world she has been told to avoid her entire life. In Beauty and the Beast, the bookish Belle feels out of place in her poor provincial town and wants adventure in the great wide somewhere, and the townspeople look down on her because they secretly know she is destined for more.

The former is perhaps best remembered for its leading musical number “Part of Your World,” in which Ariel desperately wishes to be able to be someone her family has refused her to be. The song was always one of my favorites growing up, but I didn’t like to sing it in front of other people. Decades away from understanding the concept of vulnerability, “Part of Your World” felt like the single-digit equivalent of performing naked in front of a crowd, since deep down all I wanted was to be able to love what I loved without the judgmental sneers of other people saying, “Isn’t that for girls?” I felt the same way when Belle sang, “And for once it might be grand / To have someone understand / I want so much more than they’ve got planned.”

Although he’s not here to tell us, many subjects in the documentary feature Howard believe that Ashman injected his own pain and suffering as a marginalized queer person into songs like these, going so far as having to fight to have “Part of Your World” included in The Little Mermaid when Jeffrey Katzenberg wanted it cut. Discovering he was ill with AIDS during production of Mermaid, Ashman’s condition worsened throughout Beast, and he died having only seen a rough cut in March 1991. The film’s end credits contained a loving tribute: “To our friend Howard, who gave a mermaid her voice and a beast his soul, we will be forever grateful.”

It’s difficult to articulate the importance and relevance of a generation of gay men that were lost to AIDS when mainstream media, even in our current era, struggles to barely acknowledge it. What’s more concerning is recent reports that Disney allegedly contributed funding to an anti-gay bill in Florida, when they owe most of their modern musical success to a gay man who only had the chance to work on three films for the company before having his life cut short by a disease that affects the already-marginalized. As Beauty and the Beast co-director Kirk Wise put it in 2020, “If you had to point to one person responsible for the Disney Renaissance, I would say it was Howard.”

But Ashman’s legacy will live on and so will Disney, hopefully by attempting to rectify some of their past mistakes (we can dream). It was he who really got to the core of what a movie musical, let alone an animated fairy tale musical, should be about: real characters living out circumstances portrayed as beyond our wildest imagination when it’s actually not all that far away from us, to begin with. He definitely gave a mermaid her voice and a beast his soul but beyond that, Ashman renewed Disney’s soul and inspired legions of young minds to find theirs as well, mine included.

Jeffrey Davies is a professional introvert and writer with imposter syndrome whose work spans the worlds of pop culture, books, music, feminism, and mental health. In addition to Collider, his writing can be found at Book Riot, PopMatters, Spectrum Culture, and other places. He is also the co-host of a Gilmore Girls podcast, Coffee With a Shot of Cynicism, which you can find wherever you listen to podcasts.

Sign up for Collider’s newsletter for exclusive news, features, streaming recommendations and more