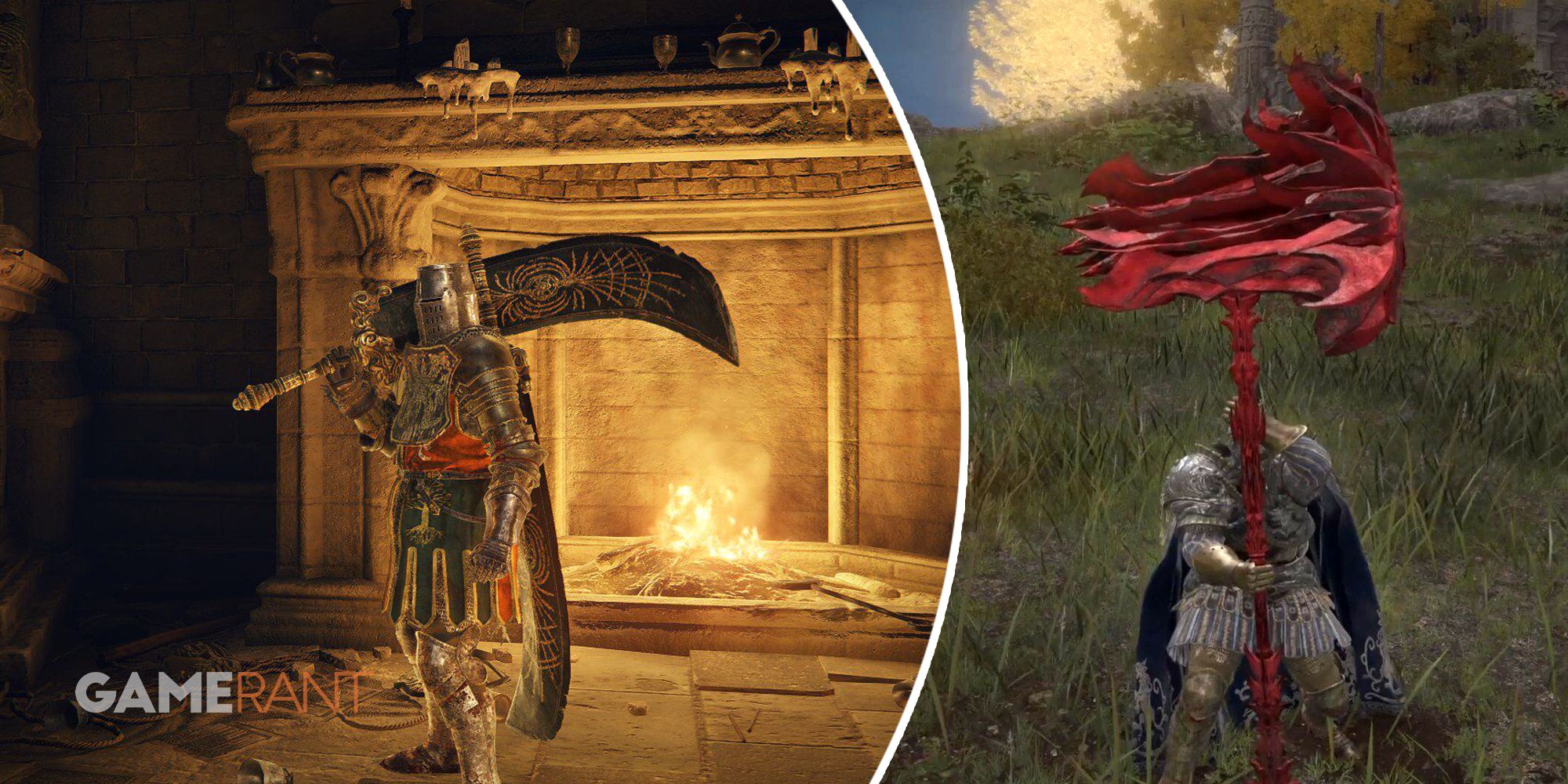 
Elden Ring is a vast open world adventure, transforming players from humble Tarnished into legendary Elden Lords. Along this quest, players will come across a mountain of different weapons, ranging colossal hammers, to nimble katanas.

Related: The Best Open-World Games Of All Time, Ranked

Many of these weapons are as practical as they are powerful. However, some border on the ridiculous, from a literal finger to a bouquet of flowers, you would not want to bring one of these to a battle with one of the game’s many bosses. Although, while these weapons can often seem comical, even they can add to Elden Ring’s complex and intriguing combat model.

It’s hard to understate just how impractical the Ringed Finger is. A literal giant finger, this weapon flicks away at your enemies in a decidedly comical manner. There are surely some very interesting lore implications here, relating to the god-like two fingers we see throughout the game, but that doesn’t save this thing from its immense levels of impracticality.

Despite this, like almost all weapons in Elden Ring, this weapon is a completely viable choice for both Strength or Dexterity builds. However, if you think this weapon is befitting of an Elden Lord, well I’m not sure what to say.

Another strange use of the human, or giant, body, the Giant’s Red Braid is a boss weapon gained by taking the Fire Giants Remembrance to the Finger Maiden in the Roundtable Hold. Using hair as a whip is surely not the best choice if players want to take down the gods that inhabit the Land’s Between.

Perhaps giant’s hair is made of some different, indestructible material in the world of Elden Ring, but even so, this weapon is very, very impractical.

There are three Envoy’s Horn weapons in Elden Ring, with each one growing in size. Alas, no matter how big this instrument can get, it would not help a soon-to-be Elden Lord in taking on the challenges of the Lands Between. Despite its interesting lore, the envoys appear to celebrate the coming of a new Elden Lord, this weapon is woefully impractical, hardly offering when it comes to attacking enemies.

Ultimately, one should probably avoid taking a flute to a battle with the likes of Radahn and Melania, demi-gods who have the power to control the stars. Hey, maybe players can serenade their foes, turning their enemies to allies.

Speaking of serenading one’s foes, Varre’s Bouquet may be another weapon to use if players wish to romance their enemies. Unfortunately, Elden Ring is not a game for romance, unless you are doing Ranni’s questline of course, making these flowers, extremely impractical.

This weapon is carried by Varre, the man who rudely calls the player maidenless at the start of the game, making this an even more impractical choice. No self-respecting Tarnished would use a weapon wielded by such a rude man.

Ghiza’s Wheel is an adaptation of a weapon that first appeared in Bloodborne. Affectionately called a Pizza Cutter by soulsborne fans, this adoration can’t save the wheel from its inherent impracticality.

While it looks like it could do some serious damage, simply weidling this weapon must surely be impossible. Although, it does remember a device players might see in a Saw movie, so perhaps could scare their enemies away. Ultimately this intricate torture device is simply too huge and too complex to be a practical weapon.

General Radahn, the man who held up the stars and learnt magic just to stay with his beloved horse, has quickly become a legend in the Elden Ring community. Cursed by Melania’s rot plague, Radahn eventually lost his mind. This giant boss carries an equally giant blade, and due to its colossal size, this weapon is somewhat impractical.

This greatsword has immense strength and an amazing design, however, its size is simply too big for a weapon used by an average human.

Fromsoftware seems to enjoy creating strange and distinctly impractical whips. This one takes the cake though. A literal candlestick, this weapon resembles the, equally impractical, Scholars Candlestick in Dark Souls 3. Like that weapon, it would probably end poorly if a Tarnished turned up to fight someone as intimidating has Radahn with a candle of all things.

Simply from a design point of view, surely the wax would melt at an unsustainable rate due to the streams of fire constantly pouring from the weapon’s tip. Ultimately, this is an extremely impractical weapon indeed.

The Inferno Crozier, a colossal hammer weapon in Elden Ring, is simply too big to be practical. Sharing a similar design to Smough’s Great Hammer from Dark Souls, which is an equally impractical weapon, this hammer can be found in the Altus Plateau. While this weapon would clearly do some serious damage, any tarnished hoping to lift this hammer is in for a rude awakening.

Despite this impracticality, players looking to pump all their stats into the strength stat will be well served, with this weapon having the potential to deal massive damage.


5 Movie Trilogies Where The Third Movie Is The Best

An avid writer and gamer, Henry has worked for publications such as News UK and is now writing for TheGamer and GameRant. Henry is looking to share his passion for this great medium with others.