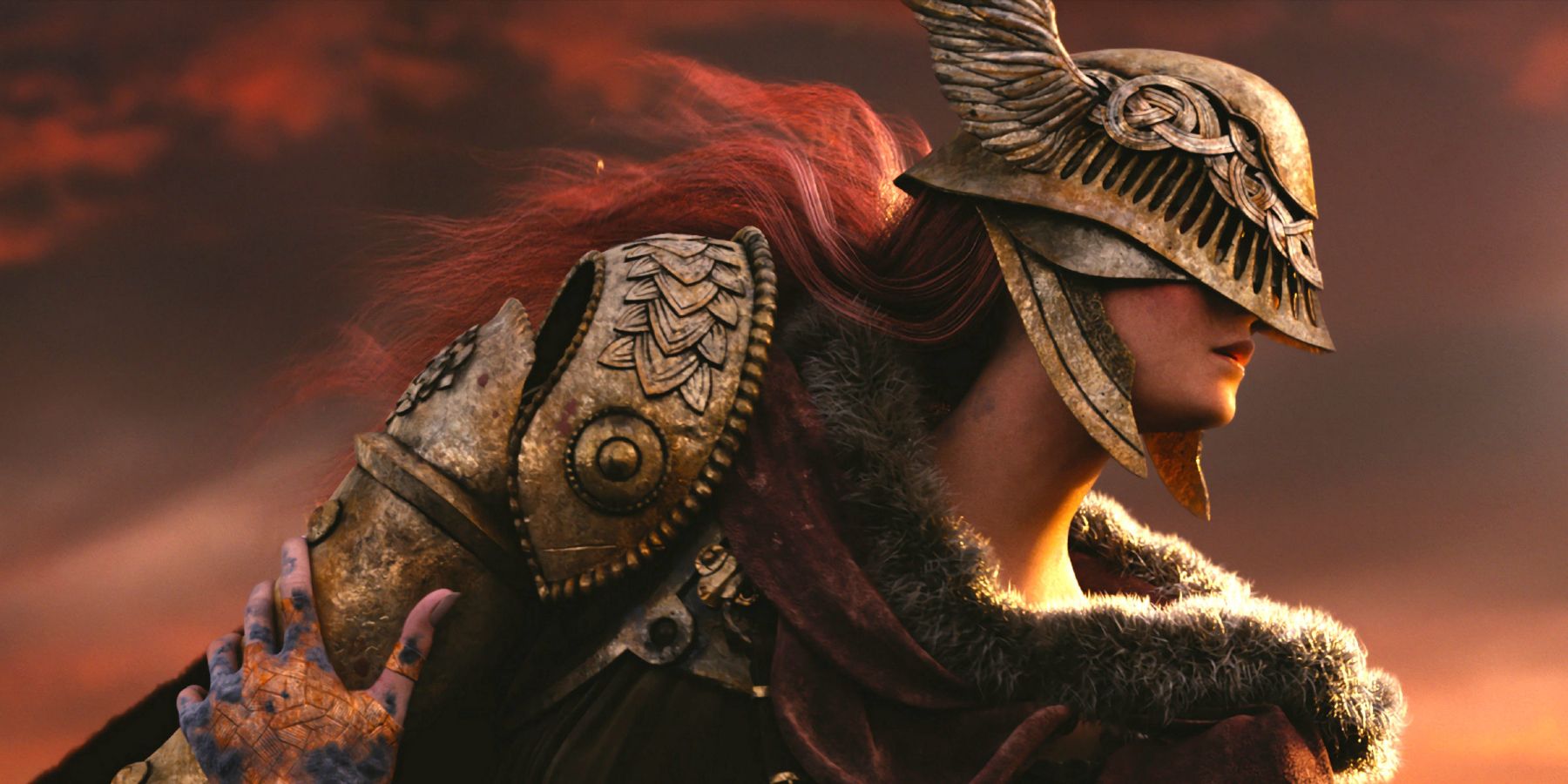 
An Elden Ring fan shares photos of their graduation cap which has been decorated with an exact likeness of Malenia’s Scarlet Rot infested Great Rune.

Elden Ring is the latest brutally difficult RPG developed by FromSoftware. FromSoftware’s games are most famous for their boss fights, and with so many legendarily difficult bosses under its belt, it was going to take a lot for FromSoftware to outdo itself in Elden Ring.

Malenia, Blade of Miquella, may have achieved this, however, as she is easily the hardest boss in Elden Ring. This is thanks to her series of powerful attacks along with the fact that she will regenerate some of her health for every attack she lands on the player. This means that even if the player survives getting caught by a flurry of Malenia’s attacks, all of their progress in the fight may have been stripped away.

Despite Maleina’s brutal difficulty she has become a fan favorite character among Elden Ring fans. This is likely due to her compelling lore and striking boss design, but also because her difficulty has made her the peak challenge of the game, and thus, she makes for an excellent nemesis for Elden Ring folk legends like the dedicated Let Me Solo Her player. It is in honor of Malenia’s legendary difficulty then, that a graduating student on Reddit named Sirensbloodbath has decorated their graduation cap in the style of Malenia’s Great Rune.

Decorating graduation caps has been a tradition for many years now, and students will usually theme their decorations around an important or meaningful element of their lives. Unsurprisingly, students that play games will often choose to theme their caps around a favorite game. This not the first Elden Ring themed graduation cap of 2022, but it is perhaps the most intricate.

In Elden Ring’s lore, Malenia’s great rune has been corrupted with the same Scarlet Rot she herself is cursed with. This flowering poison status effect is one of the more obscure elements of Elden Ring’s lore, as it is said to connected to an Outer God that isn’t seen or overtly named in Elden Ring. It has mainly come to symbolize Malenia, especially since in the second phase of her boss fight she grows wings made of these blooming red flowers. This visually striking design has been perfectly captured by the Reddit user for their graduation cap. Perhaps the most impressive aspect of the cap is that it is a clear Elden Ring reference for those that have played the game and are familiar with Malenia’s Great Rune, but for those that haven’t played Elden Ring, the design still works as a striking circlet of flowers and butterflies.

The Reddit user will likely never have to explain their design to any fellow graduating students that don’t get the reference. All the non-gamers at their graduation will be left in blissful ignorance to the fact that the pretty flower design is a reference to one of the most brutal boss fights in all of gaming.

MORE: 8 Nintendo Switch Games That Are Like Elden Ring