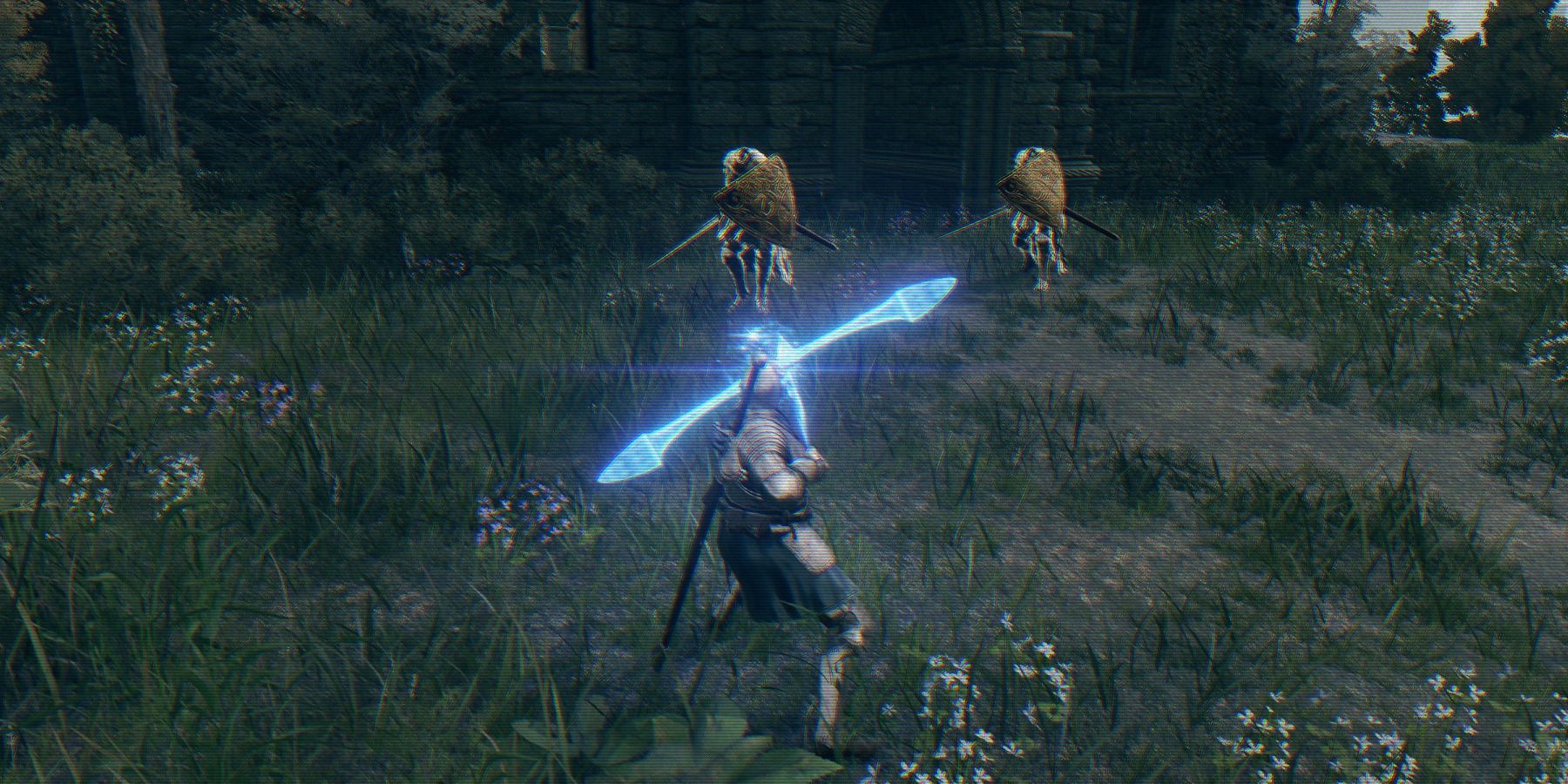 
One player hooks up their Xbox Series X to an old 13 inch CRT screen to play Elden Ring on, kickstarting a wave of nostalgia for older gamers.

FromSoftware’s latest flagship release, Elden Ring, has skyrocketed to the status of a modern classic, and while it’s a rather grim and serious game for the most part, the community is having lots of fun with it. From setting up memes using the various available emotes to running remarkably inefficient character builds, there’s lots of excitement around it still, even months after it came out.

One fan, however, has taken things to the next level by getting Elden Ring to run on an old 13″ CRT screen. Reddit user Griefreaper first purchased their old miniature CRT to play N64 and GameCube games on, but ended up plugging their Xbox Series X console into to see what FromSoftware’s latest and greatest might look like on it.

While some players might opt to use Elden Ring‘s most impractical weapons to spice things up for a playthrough or two, Griefreaper decided to see if the game might be playable on a tiny Orion CRT TV from the late ’90s or early 2000s. Photographs of the setup show that the game doesn’t look all that grand on the CRT, but the presence of scan lines is bound to be nostalgic for the older gamers. Griefreaper did point out that it was really difficult to read much of anything on the CRT, which is obvious from the pictures they posted on Reddit.

While the idea might seem strange at face value, there’s merit in playing modern games on legacy CRT screens in some cases. Some have even played Skyrim on a CRT monitor to great effect, praising the sharpness of the image and just how responsive it all felt in action. Even today, high-end CRTs such as Sony’s old Trinitron models deliver superior pixel response times and potentially better scaling options than modern LCD and OLED panels do, and Digital Foundry has praised their performance time and again.

Griefreaper wasn’t the first person to think of running this game on a non-standard display, either. YourOldPalJosh played Elden Ring on a portable TV from 1999, and the process was far more involved than one might suspect at first. Namely, companies stopped producing CRTs quite a long while ago, and the issue with hooking them up to modern consoles is that they require analog signal input.

Regardless, it’s not an idea without merit. A high-end CRT can still be a great solution for some novelty gaming on the side, and in some limited ways, it can even end up being superior to a modern panel, though not easier to use. For players who don’t have access to a CRT to play around with, modding Elden Ring on PC might be a better option for keeping things fresh.