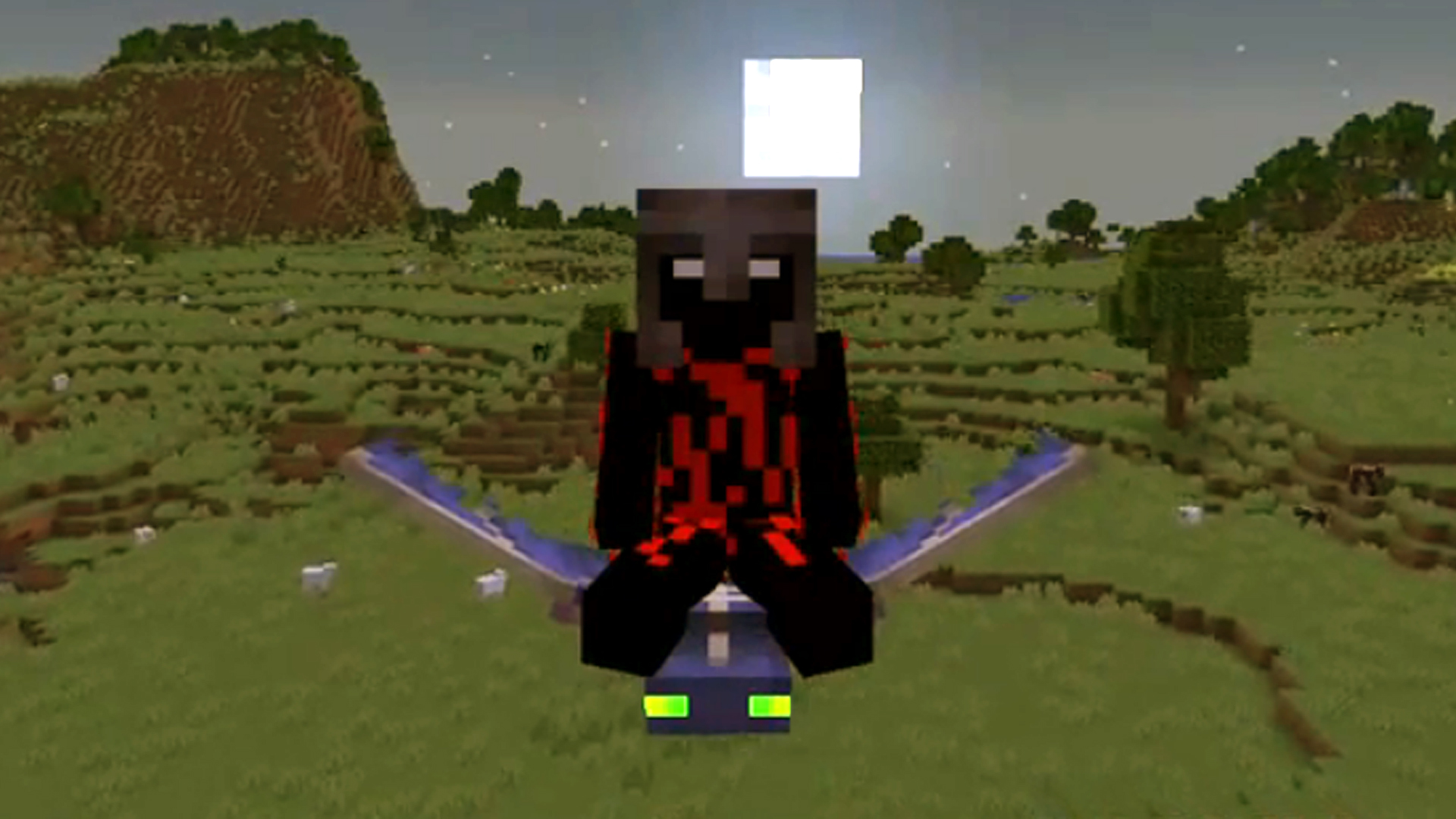 
Minecraft allows many wondrous things like making it home to your Dungeons & Dragons game or modding it into a blocky version of Elden Ring. While right now players can only ride on ground-based creatures, one Redditor decided to make a Minecraft flying mod to take to the skies as a winged phantom.

Ameito on Reddit looked at the building game and decided that players should be allowed to mount winged creatures. There are multiple flying Minecraft mobs and Ameito chose the phantom for this experiment. The phantom is an undead mob that only spawns if a player hasn’t slept or died for three or more in-game days, which is specific enough that some players might have never seen one.

Ameito’s mod lets players ride the elusive creatures, using an ender eye to tame them. “When you throw an ender eye to a phantom,” the modder explains, “it will kill it and summon an invisible llama and a new phantom with specific tags. The phantom is constantly teleported to the llama position so when you mount the llama, it actually looks like you are riding the Phantom.”

That may as well be magic for a lot of us, but the end result is being able to take to the skies on a spooky black creature of the night. As the phantom is undead, it would normally burn during the day, but Ameito has turned that particular aspect off to stop any midflight issues. It’s a fun little mod, but it’s one that opens up a lot of potential options – sky races, anyone?

There’s no flying mob you can ride in Minecraft, so I thought it would be cool if there was one and I made this from Minecraft

In other semi-related Minecraft burning news, there’s a wonderful recreation of a supermassive black hole that you can explore if you want to be compressed into a singularity.