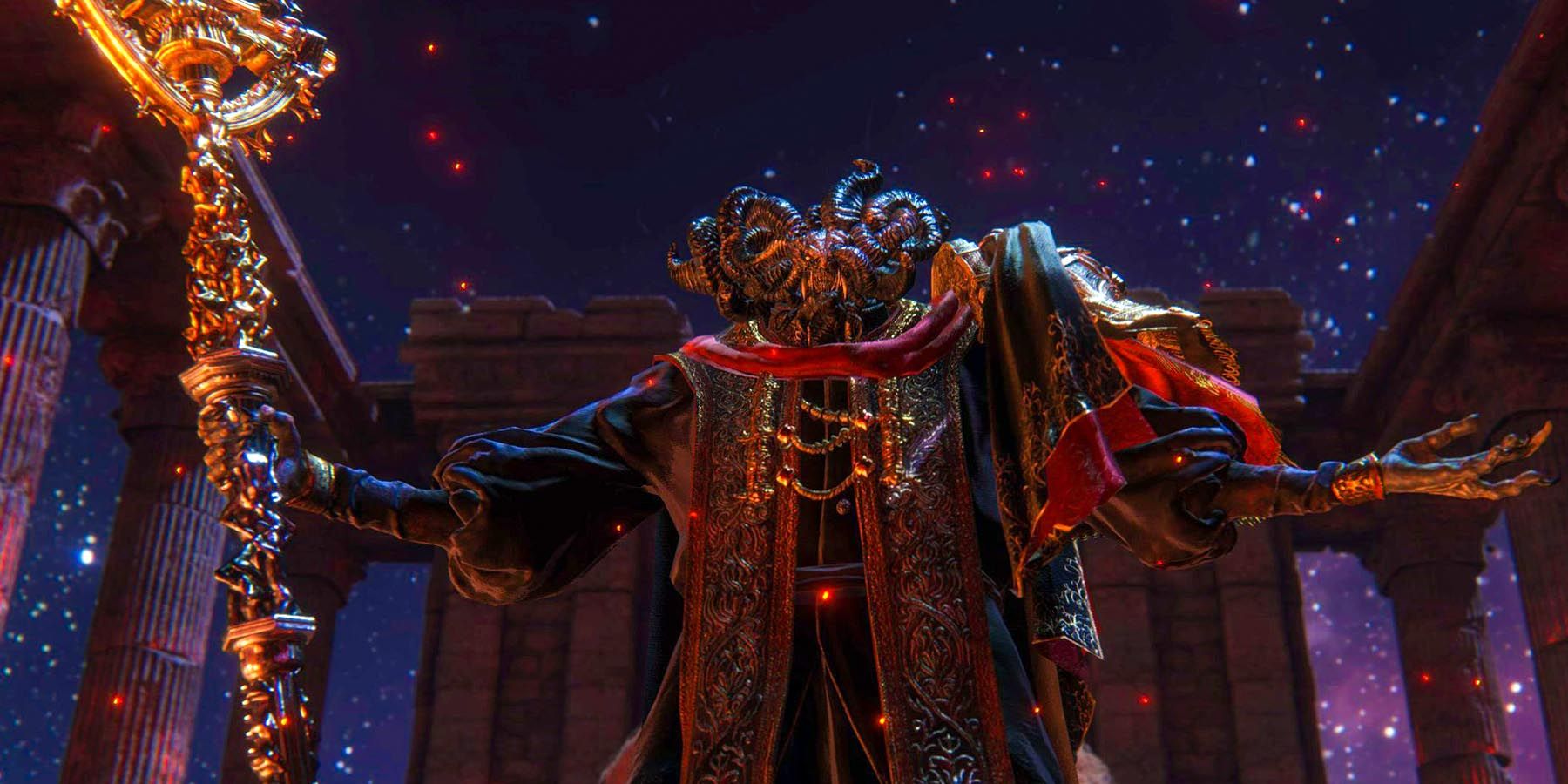 
Elden Ring continues to make waves in the gaming industry, with many who have beaten it now eagerly awaiting DLC. It’s likely to remain part of the gaming conversation all year and beyond, thanks to Elden Ring’s unique identity and gameplay approach. That’s not to say Elden Ring doesn’t feature some of FromSoftware’s recurring themes and elements, but it has established itself as the latest and greatest of the developer.

However, one Twitter user decided to have a bit of fun with this, it seems, and decided to do fan art based on Elden Ring being made by another developer. As seen in the image below, Twitter user @Tworain_w shows what the game could look like if made by The Outer Worlds developer Obsidian Entertainment.

While not a deep dive into the likely direction a developer like Obsidian Entertainment would take the game, the art shows an older, more classic conversation menu. Given Obsidian Entertainment is no for its intriguing, sarcastic, and hilarious dialogue, this image captures that element perfectly. In this “version” of Elden Ring, it seems players could have talked to Mohg, Lord of Blood instead of just killing him.

The dialogue options truly hit the Obsidian Entertainment vibe. If players had a certain intelligence score, they could ask about the honored guest. With a perk called Confirmed Bachelor, players would have been able to hit on Mohg, and a high enough Speech would have seen the player apparently worm their way into Mohg’s dynasty. Without these perks, there’s even a cheeky “who the f*ck are you,” which captures the most hilarious elements of Obsidian dialogue.

Obviously, it’s uncertain how these events would play out from here since this is not a real thing, but The Outer Worlds’ choices often have a wide spectrum of outcomes There is one choice that, without the proper intelligence score, ends the game early. That’s a valid option. Otherwise, it would seem the dialogue would continue into a fight, players could taunt him into a fight, perhaps players could enlist his aid, or perhaps Elden Ring players could romance Mohg.

While not all, or even most, of Obsidian’s games feature romance options, Obsidian’s “Elden Ring” would likely have more choices than Mohg. Players technically romance Ranni in the Age of Stars ending, as they can become her consort and they put a ring on her finger, but the NPC approach overall would likely be quite different. Still, it’s something fun to think about.