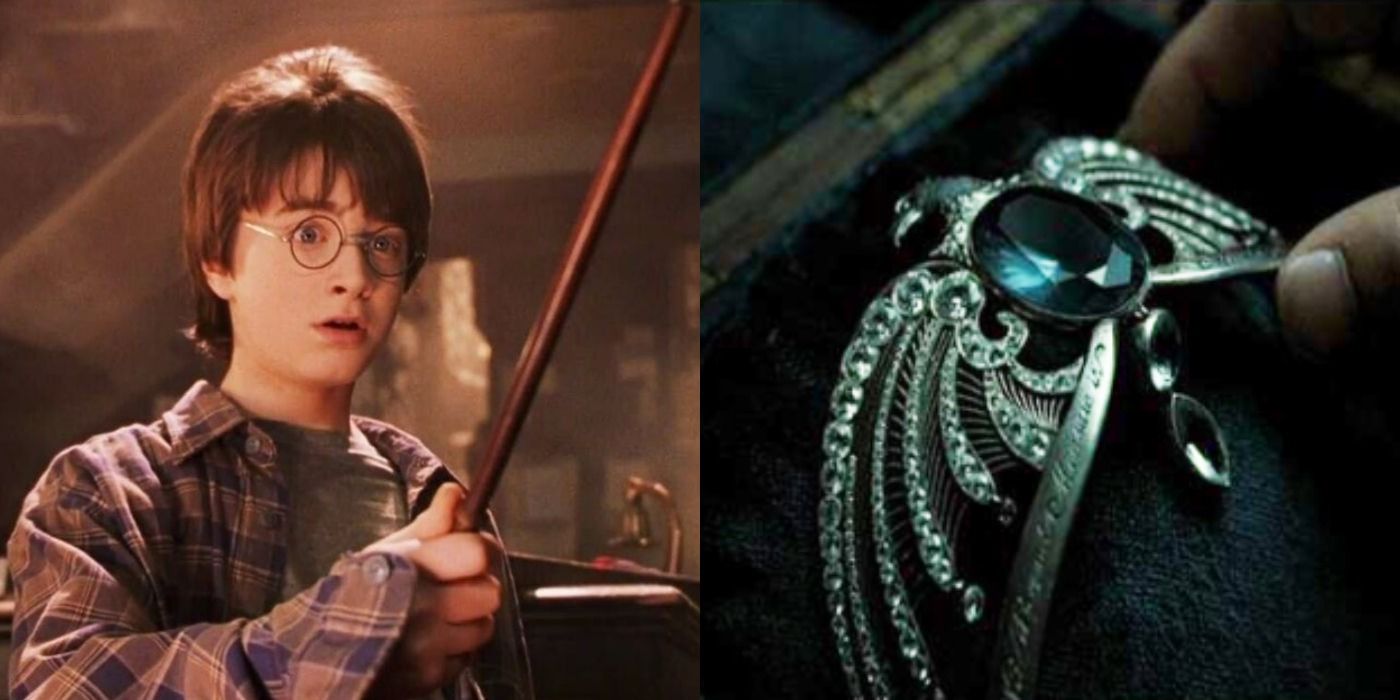 
Fans can’t wait for the upcoming video game Hogwarts Legacy so they can finally attend Hogwarts classes and learn about magic in the enchanted castle. The courses at Hogwarts teach a wide variety of magical subjects. The basics, like Charms, Transfiguration, and Potions, are likely to be included in the game, but Hogwarts offered several classes that taught more obscure kinds of magic, one example being Arithmancy.

Since Arithmancy was never a subject that Harry studied, the class may not be offered in Hogwarts Legacy. However, while the course itself was never discussed in detail in the Harry Potter books and movies, it still serves an important role. Arithmancy is the study of the magical properties of numbers and quantities. The book’s only detail related to Arithmancy is that the number seven carries magical significance. This was a seemingly minor note and one that many readers may have overlooked. However, Harry Potter fans may be surprised that the number seven serves a crucial role in the series. From the amount of players on a Quidditch team to how many soul fragments Voldemort aimed to create, the number seven pops up too often to be a coincidence.

Mr. and Mrs. Weasley have six sons and one daughter, adding up to seven children. While this is a big family, the significance of the Weasleys’ numbers seems limited to the contrast they provide against Harry’s lonely upbringing.

However, even the number of the Weasley children may be an example of how magic happens in sevens. Mrs. Weasley had always wanted a girl, and on the seventh try, she got her wish. Not only was Ginny an answer to Molly’s prayers, but the youngest Weasley seemed to inherit the positive qualities of all her big brothers. She was attractive, brave, intelligent, funny, and loyal, all of which are reasons Harry fell in love with her. In the end, Ginny may have been magically blessed because of her status as the seventh child.

Quidditch teams consist of seven players, both at Hogwarts and on the professional level. These include three chasers, two beaters, one keeper, and one seeker. It is unknown why this number of players was chosen, but the number seven pops up a few more times in the sport.

For example, the Department of Magical Games and Sports recorded 700 types of fouls in Quidditch, the sport became international in the 17th century, and Harry Potter himself, as seeker, was the seventh position player.

There are seven years, or grades, at Hogwarts, and each of the books is centered around Harry’s school year (even though he didn’t go to school in what would have been his seventh year). Students will start school at the age of 11 and continue until they are considered full-fledged witches and wizards at the age of 17.

Seven seems to have some significance in preparing to attend school as well. The Harry Potter books state that children will have revealed magical abilities by seven. So if a child of a witch or wizard has still not produced magic by that significant age, they may be a squib.

Hogwarts School is a massive castle made up of seven floors. This on its own is significant, but the connection to the number doesn’t end there. There are seven secret passageways out of Hogwarts and the castle contains a total of 142 staircases, and while this number seems at first to break the cycle, the three digits added up make seven.

Also, the seventh floor is home to some of the most important rooms in Hogwarts: the entrance to Gryffindor Tower, the Room of Requirement, and the Arithmancy classroom itself (which is in room 7A).

When students start their first year at Hogwarts, they must take seven core classes. These include Charms, Transfiguration, Defense Against the Dark Arts, Potions, Herbology, History of Magic, and Astronomy.

These classes cover the basic categories of magic that every witch or wizard must learn to achieve a promising career in the wizarding world, but more classes are offered as electives starting in their third year (including Arithmancy). In their sixth year, students can drop out of the core classes if they did not secure the O.W.L.s to proceed, but that wasn’t a problem for Harry, who achieved seven.

While Dumbledore was interviewing Trelawney for the Divination teacher position, Snape overheard her making a prophecy about someone who would rise and take down the Dark Lord. Snape repeated this prophecy to Voldemort, who analyzed its meaning to help him find and murder his threat.

The prophecy stated that the hero would be born “as the seventh month dies.” This, of course, meant the end of July. Both Harry and Neville were born at the end of the seventh month, but Harry was the one that was chosen. This was Voldemort’s first big mistake that cost him victory.

In Deathly Hallows, the Order concocted a clever plan to get Harry away from the Dursley home and safely to the Burrow. At Dumbledore’s orders, Snape planted the plan to disguise multiple other people as Harry using Polyjuice Potion, but he never specifically stated how many there should be.

Mundungus Fletcher, who had been the one to share the planted plan with the rest of the Order, had no interest in being part of the group to save Harry, and there should have been no need for him to do so. However, Mad-Eye Moody likely knew their chances of success would be better with seven, and he made Mundungus participate.

Seven Galleons To Purchase A Wand

Garrick Ollivander is a mysterious old wizard who has spent a lot of time studying the complex magical branch of wand lore. He was aware of how unseen types of magic, such as the allegiance of wands and their wizards, can have great importance, so he likely had a basic understanding of Arithmancy’s significance as well.

RELATED: 10 Arguments Every Harry Potter Fan Has Been In

When Harry purchased his wand from Ollivander, it cost him precisely seven Galleons. In U.S. Dollars, this would only be about $175, which seems relatively cheap for such an essential magical object. However, Ollivander likely knew that the significance mattered, not the value.

In Harry Potter and the Sorcerer’s Stone, Dumbledore decided to move the stone to Hogwarts for protection. He asked the teachers and other staff for help in setting up a variety of protections, leaving fans wondering why this was even necessary since Dumbledore had revealed to Harry that the Mirror of Erised would have kept the Stone from anyone but those who did not seek to use it.

However, Dumbledore may have wanted seven protections in total to fully secure the stone, or even to make the Mirror’s protection work. Fluffy, Devil’s Snare, the troll, the flying keys, the chess game, the potions puzzle, and the Mirror of Erised may have combined to power the spell Dumbledore cast on the mirror to help it conceal the Stone.

Tom Riddle himself was the one to inform readers of Half-Blood Prince that seven was the most magically significant number. He said this while interrogating Slughorn about what would happen if the soul was divided into seven pieces. However, when he asked this, he intended to create six Horcruxes, with the seventh soul fragment stored in his body.

Dumbledore explained that Voldemort had likely intended Harry’s murder to fuel the creation of his sixth Horcrux. However, he could not carry out that plan when his spell backfired. While in hiding, he hastened to create what he believed to be his sixth Horcrux in Nagini, hoping to fulfill the seven fragments. However, he had actually created an eighth since he had unknowingly made Harry a Horcrux first. It’s possible that if Voldemort had divided his soul into seven pieces as intended, the magical number would have further fortified his immortality.

NEXT: 10 Harry Potter Characters Who Deserve An Origin Story, According To Reddit

Everything We Know About Chip ‘n Dale: Rescue Rangers 2

Angel is a Senior List Writer at Screen Rant. She is deeply in love with any form of storytelling, whether it be books, movies, TV Shows, or video games. In her free time, Angel can typically be found binge-watching comfort shows, playing any Zelda game, or goofing around with her family.