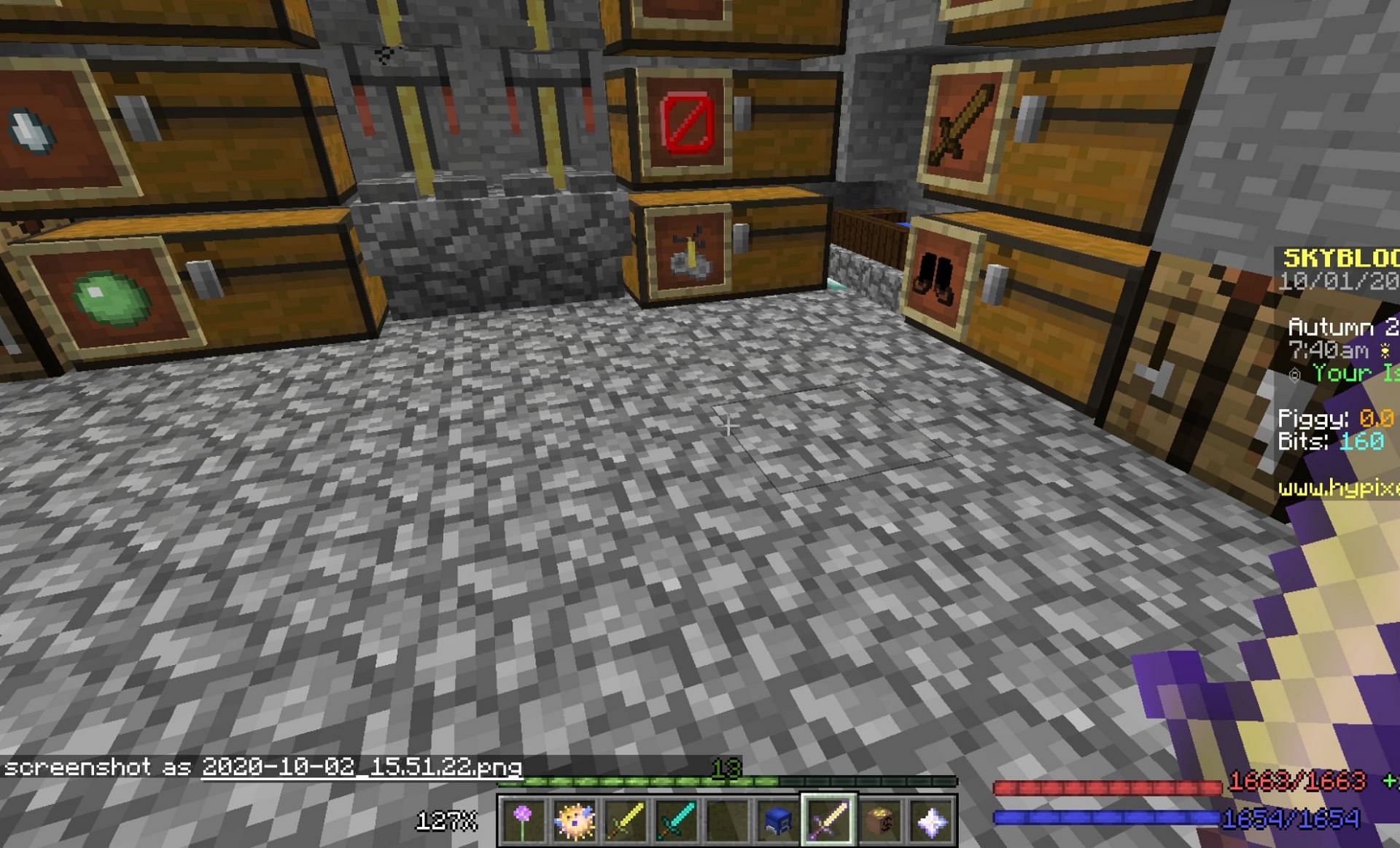 
In Minecraft, there are a few different types of swords. They go up in rarity in this order: wood, stone, iron, gold, diamond, and then finally, Netherite.

Each of these increases in quality, with the possible exception of iron to gold. Gold swords are wildly efficient, but they have minimal durability, so it’s genuinely a matter of preference.

However, in other versions of the game, there are different swords. For instance, Minecraft Dungeons has several other swords like a claymore, cutlass, dancer’s sword, etc.

In the Hypixel SkyBlock server, there is a sword that might be more powerful than all of them. The end stone sword is a coveted weapon.

Getting the end stone sword in Minecraft Hypixel SkyBlock

The end stone sword is only obtainable through the server. It’s not a part of vanilla Minecraft at all. Generally speaking, many servers are exclusive to Java Edition. Bedrock Edition does have the option to join servers, but it is less optimized than on Java.

For reference, this is what the Hypixel Skyblock is, per Fandom Wiki:

“Hypixel SkyBlock, or simply SkyBlock, is a persistent minigame released in the Hypixel Network on June 11, 2019. It can be accessed by clicking on the NPC in the Prototype lobby, by pressing on the head icon in the server selector menu, or by executing the command /play skyblock , /play sb , or /skyblock.”

The end stone sword is tough to obtain, which is intended as it is arguably the best sword available. The crafting recipe requires two stacks of enchanted end stone and one sword.

The sword’s ability drains its user of all “Mana” and gives them damage reduction and increased damage. The bonuses last a while, and if players activate it again before it ends, the new boost will override the original, keeping it immensely powerful.

It’s a truly game-breaking weapon, but it isn’t available for a long time. And once it is, it still takes a long time to get. Many players play through it and still don’t ever get to craft and use it. 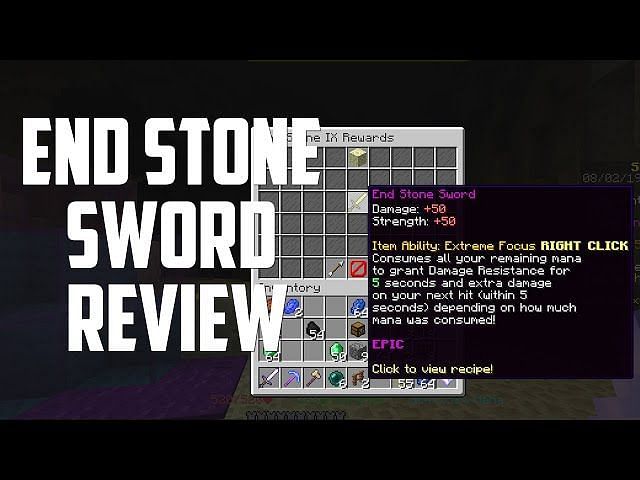 To gain access to this mode and other stellar game modes, Minecraft players have to join the server. Here’s how to do that:

After doing this, Minecraft gamers will have access to all that Hypixel offers its users, including the SkyBlock game mode, where the all-powerful end stone sword can be used.