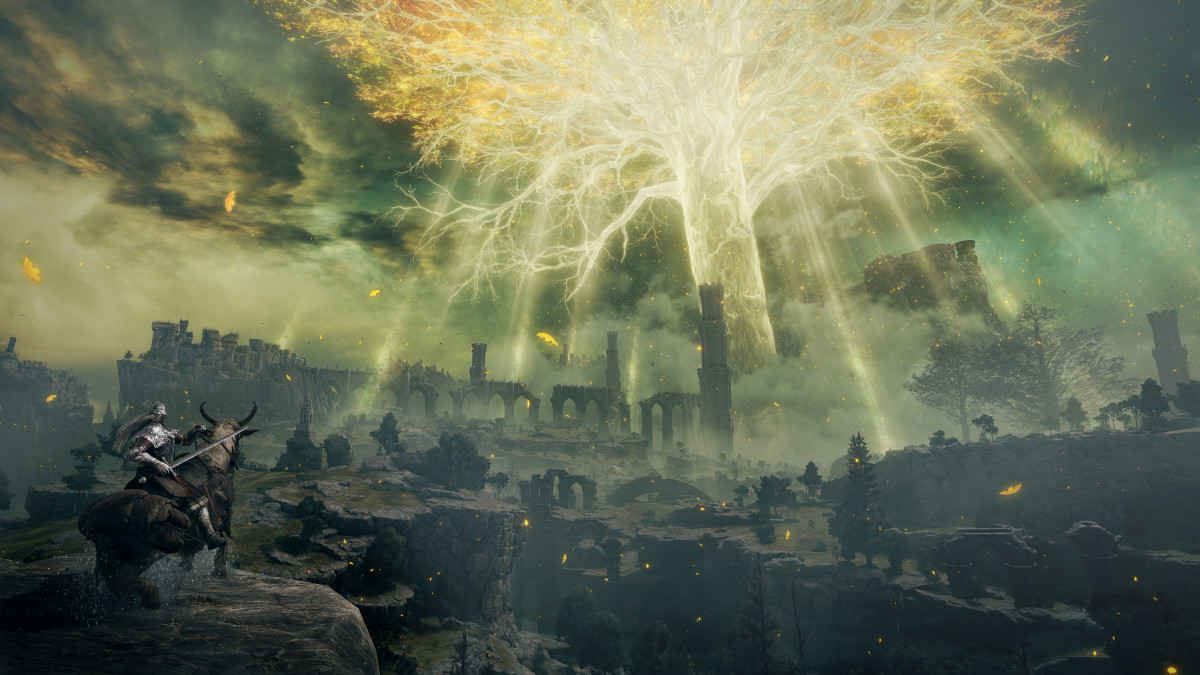 
Elden Ring is the latest adventure developed by FromSoftware, and it proves to be its largest yet, both in terms of the size of its map and in how long it takes to complete its main campaign.

FromSoftware lives up to its legacy of delivering a sprawling interconnected map, a story rich with lore that will take months, if not years, of analysis to truly understand, and challenging combat that requires the player to master its systems while being fair.

Elden Ring is massive, and answering the question of how long it takes to beat isn’t as simple as stating a number.

Think You Know Everything About The Lands Between? Think Again

FromSoftware has packed Elden Ring with a substantial amount of optional content and multiple endings, not to mention its trademark difficulty that will surely add many hours onto the clock of players that are new to Soulsborne games.

How Many Hours Is Elden Ring?

Before Elden Ring was released, Yasuhiro Kitaom, the lead producer of the game, said that the average play-through of Elden Ring would take around 30 hours: Either the ultimate form of deception to throw excited players off the scent of its ever-expanding map or generous confidence in its player base.

Elden Ring is a massive, sprawling, open-world game that can indeed be beaten in 30 hours, as SpeedRunners have made abundantly clear, but for the average player, Elden Ring will take anywhere from 40-60 hours to complete its main campaign.

To fully explore its vast map and complete its eclectic range of side quests, Elden Ring could take upwards of 150 hours to complete. The developer is known for locking entire quest lines, or even areas of its maps, to very specific requirements that could take hours themselves just to find, let alone complete.

As with most Soulsborne games, mileage will vary between players.

Elden Ring is a difficult game. Veterans of the genre will likely have an easier time with the game’s legion of bosses, and Elden Ring’s cooperative mechanics and new summoning bell can help lessen the difficulty of many of the game’s toughest areas and bosses.

How Many Endings Does Elden Ring Have?

We will avoid spoilers here for obvious reasons…

Elden Ring is a masterpiece and should be experienced as spoiler-free as possible to engross yourself in its dense lore. (unless knowing how many endings there are in the game is a spoiler, in that case, skip to the next section.)

There are 6 different endings in Elden Ring.

All but 1 of these endings are tied to completing NPC questlines, with 2 of them considered “special” endings. Of those 2 special endings, there is one that is widely considered “good” and one “bad”.

This means to truly see all endings you will have to run through the entire main storyline, and the corresponding side quests, at least 5 more times to see every ending in Elden Ring.

On the bright side, Elden Ring offers a New Game + mode after each completion that will allow you to continue to power up your character. Additionally, Elden Ring makes it relatively easy to respec your character after a certain point in the main story to experiment with completely new builds and weapons to keep the combat feeling fresh.

Can You Ever Finish Elden Ring?

Can you do it in one play-through? No…

With 6 different endings, Elden Ring will take multiple play-throughs, or save backups, to truly complete at 100%.

What Is The World Record For Elden Ring?

Elden Ring has multiple categories for its Speed Runs. Any %, Any % Unrestricted, and All Remembrance (this category requires all bosses that drop remembrances, of which there are 15, to be defeated in the run) are among the most popular.

At the time of writing, the world record for an Any % Unrestricted run of Elden Ring is an astonishing 5 minutes and 58 seconds by seeker. This run includes a method called “zips” which sees the player hitting multiple frame windows in time and sequence that sends the Tarnished player “zipping” through the air, allowing them to cover massive amounts of ground rapidly and skip entire areas of the game.

The All Remembrance world record at the time of writing is at 1 hour and 17 minutes by Avonis.