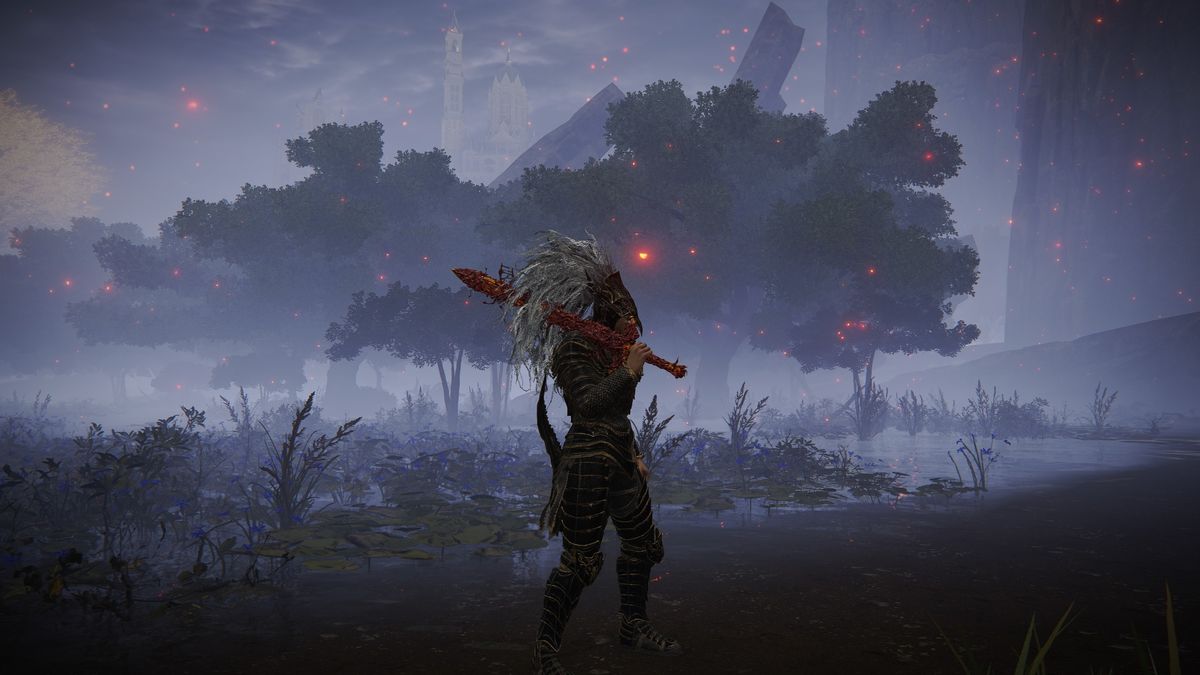 
If you’re looking for a fun Elden Ring faith build, you’re in the right place. These are a great alternative to the intelligence-based mage builds (opens in new tab), and rely on incantations instead. Faith builds come in different flavours: some will lean more towards melee combat and buffs, while others might focus more on casting and staying at range.

There are a lot of faith weapons to be found in the Lands Between, which can be paired with a sacred seal in your off-hand. Incantations can grant buffs and resistances to your Tarnished, as well as inflict statuses on enemies and bosses. Or you can just obliterate everything with a faith-based greatsword. Whatever your playstyle, there are many variations to choose from and I’ve listed some of our best Elden Ring faith builds below to get you started.

Not only does this greatsword hit hard, but the weapon art, Taker’s Flames, also does lots of damage and gives you health back whenever it hits an enemy. As it’s a fire-based weapon, it can be buffed with the Flame Grant Me Strength incantation and benefits from the Fire Scorpion Charm damage bonus and the fire damage Physick.

As you should spend a lot of time at maximum health with this build, the Ritual Sword Talisman can see a lot of uptime, too. The Shard of Alexander increases the damage of Taker’s Flames further, and the Carian Filigreed Crest talisman will help keep the FP cost down. Blasphemous Blade is strong without additional buffs, though, so you can experiment with talismans, especially if you feel you’ve got FP to burn. If you don’t want to rely on the weapon art as heavily, you can take the Godskin’s Swaddling Cloth to give you back additional health per hit.

Stats-wise, you should get Strength and Dexterity to the point where you can equip the Blasphemous Blade, then move on to prioritising Faith as your main offensive stat.

This is more of a fun build than the absolute steamroller above. The L1 jumping attack with the dual-wielded scythes is surprising good at breaking poise and you can boost the damage with the Claw Talisman and Raptor’s Black Feathers chest armour.

Where this build really shines though, is being able to pick off enemies from range with Halo Scythe’s weapon art, Miquella’s Ring of Light. This lets you easily clear out areas you want to explore, but which may be risky as pure melee. The Black Flame incantation is useful as a backup for anything resistant to holy damage, but you can play around with different incantations and switch between them as needed.

The Halo Scythe’s weapon art is surprisingly effective against a lot of bosses, too, and if you plan on using it as your primary damage dealer, you might want to consider the Carian Filigreed Crest and Shard of Alexander to reduce the FP cost and increase the damage further. If you’re going to be more hands-on with the scythes in melee range, the Lord of Blood’s Exultation talisman will boost your attack power thanks to both scythes’s passive bleed effects.

This build is almost too ridiculous to be good, but the Envoy’s Longhorn weapon art actually decimates enemies and bosses and breaks poise with ease. It does take a little time to work out how to use it effectively. You’ll get the best results from manually aiming the spray of bubbles, rather than locking on, but the results are pretty devastating, especially as you get higher faith.

You can boost the damage of the weapon art further by using the Sacred Scorpion Charm talisman and the Shard of Alexander. Then there’s the holy damage increase you can mix into your Physick flask, and an increase to bubble-based skills from the Envoy’s Crown helm.

The longhorn works as a hammer, too. However, as it’s a pretty heavy weapon, you’ll need to make sure you have enough endurance to avoid being overloaded. And it never hurts to have a faster backup weapon if things get a bit hairy, especially with faster bosses. The Black Knife or the Blade of Calling can be good options here, along with their weapon arts, though the choice is down to you. It’s the same with incantations—choose whatever you feel helps cover any weakness. I’d generally go for ranged damage spells like Black Flame or similar, so you have quick-casting options for different situations.