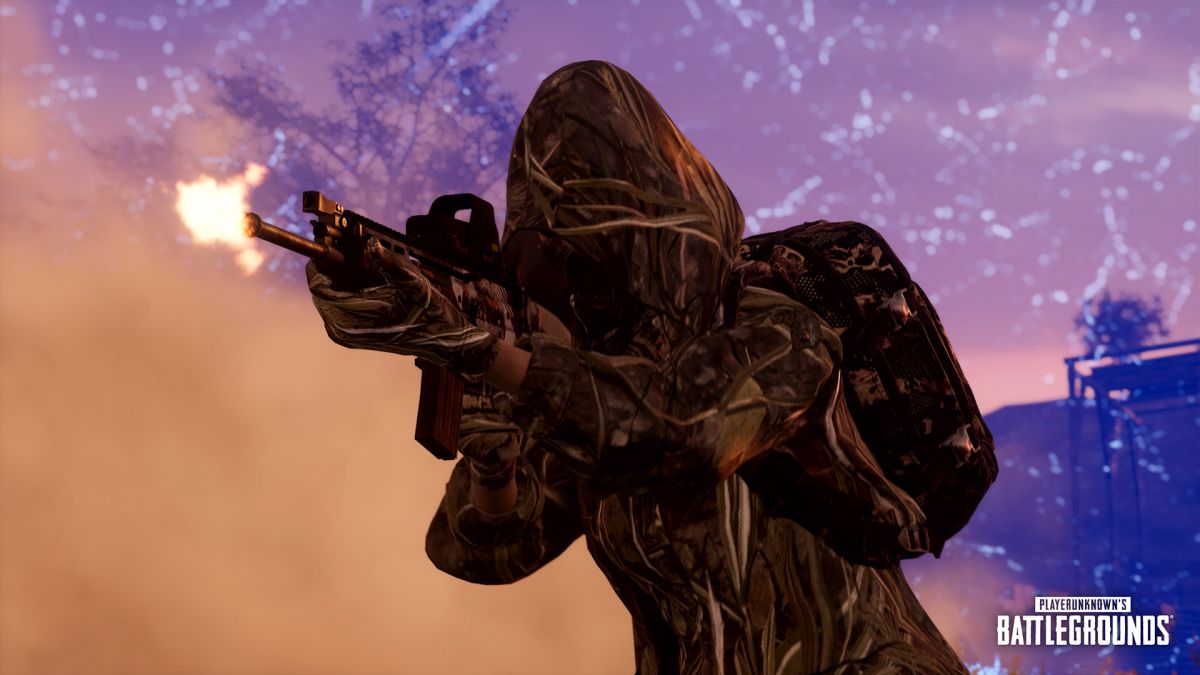 
It’s quiet. Too quiet. PUBG: Battlegrounds is so quiet it feels like it will drive me mad. It’s my first match, and the only sound emanating through my headset is the slap of my character’s bare feet as I run across a patchy grass field. As a somewhat seasoned battle royale player, spending hours each week in both Warzone and Apex Legends (with a brief foray into Fortnite, thanks to that Ariana Grande concert), PUBG is a whole other beast.

PUBG went free-to-play earlier this year, and while creative director Dave Curd claims it wasn’t in response to the success of Warzone or Apex Legends, it’s impossible to not consider the other battle royales in this conversation. PUBG may have kickstarted the battle royale trend back in 2017, but since its launch, it has also become one of the most inaccessible, thanks to its price tag and more unforgiving gameplay style. And even though it’s now free-to-play, its grounded gameplay and slow pace still make this a tough BR nut to crack.

You can’t get into PUBG matches without going through a tutorial, and I get stuck within the first few minutes. During the section where I’m required to shoot targets while aiming down sight, I nail several shots in a row but the counter frustratingly remains at zero. Turns out the ADS feature I’m used to in battle royales (holding down the left trigger to bring the gun up to your face), isn’t ADS in PUBG, and you’ve gotta tap the trigger to go in and out of it. Laughing to myself at how long it took to realize this, I finish the rest of the tutorial with ease and jump into AI training sessions where I’m placed alone in a battle royale match filled with bots.

It’s here that PUBG’s silence starts to unnerve me. Baffled as to why my character is dropped into a battlefield barefoot, I immediately begin running across the map to get to the safe zone. PUBG doesn’t give you a safe zone until after you’ve dropped, and I manage to land in an area without any vehicles, so the slap slap slap of my feet is the only sound I hear for nearly ten minutes. As the circle begins to close in on me, I make it to the banks of a river where a motorboat is waiting offshore and take it out into the open water, desperately trying to outrun the ring. Unlike in Apex or Warzone, there’s no background music in PUBG, which only makes me even more jumpy and anxious.

The circle overtakes me, but it’s only the first ring, so I’m confident I can outrun it in my motorboat. I’ve yet to see a single bot, and the only whisper of activity I’ve heard is the random bombardments that go off in different areas of the map in an attempt to flush out campers. Just as I’m nearing the safe zone and psyching myself up to run into enemies, my boat runs out of gas. I die in my first match while treading water, a victim of the zone closure. I never saw anyone else or fired my weapon.

My second training match goes better, and I get all the kills and achievements I need to drop into a proper PUBG match. I join three other players who, after dropping in,  immediately spread out to separate sections of the map. In other battle royales, this is usually considered bad form, as it promotes independent gameplay styles rather than relying on teamwork, but here it seems to be the norm.

I loot a house I’ve landed near but am quickly attacked by three enemies, who I make surprisingly swift work of with an M416, considering the gunplay is much heavier than I’m used to. PUBG is all about measured trigger pulls, holding your “breath” by pressing L1 while ADS, and focusing on headshots. It’s a lot to juggle for a new player, so I’m shocked I manage to take out enemies so quickly. I heal up and make my way towards another building, where I’m ambushed by an enemy camping behind a car. I take them out, too, and loot their body so I can actually wear shoes. Riding high on my success, I make my way toward one of my teammates.

“Think that was the last of the bots,” one of them says over the mic, and my heart drops as I realize I had just killed a handful of AI enemies. PUBG humbles me faster than any other battle royale I’ve ever played, as I die shortly after this moment to a burst of fire shot from an enemy I never lay eyes on. A few hours of gameplay later and I’m still painfully slow with the mechanics, constantly messing up my ADS and throwing grenades too close to my feet. There’s clearly a stiff learning curve in PUBG…

There are those who (understandably) believe PUBG is one of the least complicated battle royales to get into – after all, it’s born from realistic military shooters, starting first as an ARMA 2 mod, then a DayZ mod. It laid the foundation for all the major battle royales that have come since, and it doesn’t have the extra features that require a deep understanding of the game’s mechanics. There’s no cast of characters with different ability sets you have to learn, no killstreak rewards to figure out, and no construction skills to master – there are just weapons and armor on the ground and a closing circle to contend with.

But PUBG’s gunplay is difficult to get the hang of, even as a seasoned shooter player. The ADS mechanics feel clunky and slow, and the lack of discernible hit markers makes it hard to know if I’m even making my shots. As someone who cut their teeth in games that came out after PUBG and were molded by it, I’m having a hard time breaking into these battlegrounds. But with so many battle royales to choose from, I can easily return to Apex and Warzone to get my fix, having now learned that I need some extra features on the side of my BR. PUBG may not be for me, but it could be exactly what you’re looking for.

The best battle royale games to prove you’re number one