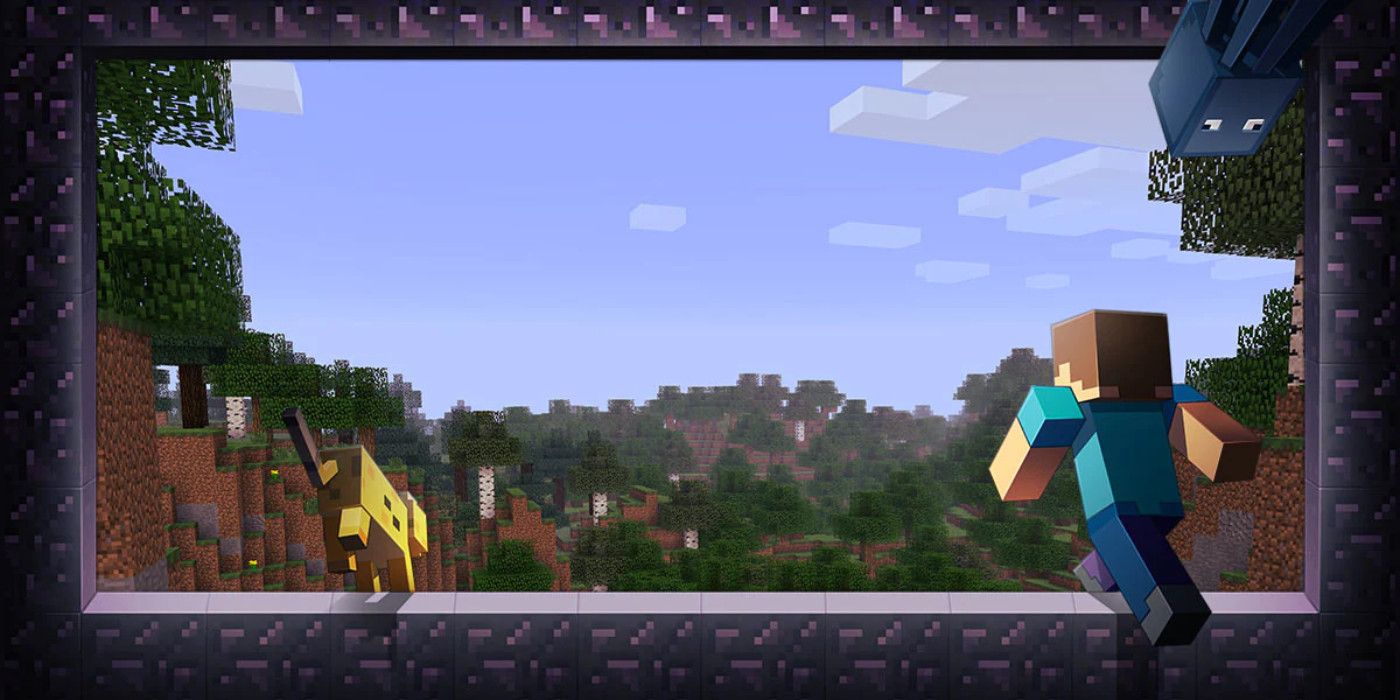 In a fantastic display of creative skill, a talented Minecraft player managed to remake Vincent van Gogh’s famous Starry Night into a faithfully designed 3D landscape. It is somewhat of an innovation in terms of recreating real-life pictures in Minecraft. Interestingly, an even more enthusiastic art-building idea has been explored by a different player.

An ingenious gamer named Minecraft_Unofficial decided to introduce automation to the process of creating art in Minecraft. The player designed a system that allows users to paint their pictures in-game using a recreated MS Paint program. It can then turn their pixel art into actual 3D scenes with a single tap of a button. It is worth stressing out that all of this is happening in real-time inside Minecraft, which is astonishing, to say the least.

Over on the Minecraftbuilds Subreddit, a talented Minecraft builder by the name of ChrisDaCow has recently shared an amazing recreation of Vincent van Gogh’s famous painting Starry Night. Contrary to a popular technique of turning real-life pictures into Minecraft pixel art with the help of external programs, ChrisDaCow decided to create a faithful 3D replica of the scene. As revealed by ChrisDaCow in a detailed YouTube video, the process of recreating van Gogh’s masterpiece in Minecraft was plagued by numerous challenges. Eyeballing the exact shape was quite a difficult job, but matching colors and lighting turned out to be an even more time-consuming task. In the end, however, the player managed to achieve a perfect parallax effect so the scene could look exactly like van Gogh’s famous picture if viewed from a certain point. At the same time, the entire build can be freely explored due to the fact that it’s not flat pixel art. And thanks to the use of Glowstone blocks, the whole scene is beautifully illuminated at night, creating an almost magical atmosphere.

While ChrisDaCow’s work did benefit from external programs to determine the exact blocks that match Starry Night’s original colors, the application the player used had to be reprogrammed to include all the existing materials of the most recent Minecraft version. With the upcoming Wild Update, the number of available blocks is going to expand even more. The anticipated content drop is expected to land on June 7, 2022. On that day, many new features – including two brand new biomes and three mobs – will become available to all Minecraft players for free.

Although ChrisDaCow’s project relies heavily on the original piece of art by van Gogh, the amazing Minecraft Starry Night build is a true work of art on its own. It shows just how much effort and dedication went into recreating the famous painting while keeping all its unique features intact. The sheer scale of the project is also impressive, making it hard to believe that a single person could be capable of completing such an overwhelming task. And yet again, Minecraft reminds the gaming community that the title can be a phenomenal resource for artistic expression.

Next: Minecraft Removes Features From The Wild Update, Disappointing Fans

Dmitry Lapunov is a video game writer and journalist based in Minsk, Belarus. His career started back in 2006 in a local newspaper. Since that very time, he’s been working with various gaming media outlets covering the hottest topics in the gaming industry. He’s now working for Valnet, Inc., focusing on Screen Rant and Game Rant.